You know the Great Barrier Reef off the eastern coast of Australia that you’ve seen in countless videos and pictures? Well, it turns out there’s yet another similarly impressive reef that’s located near the same country. 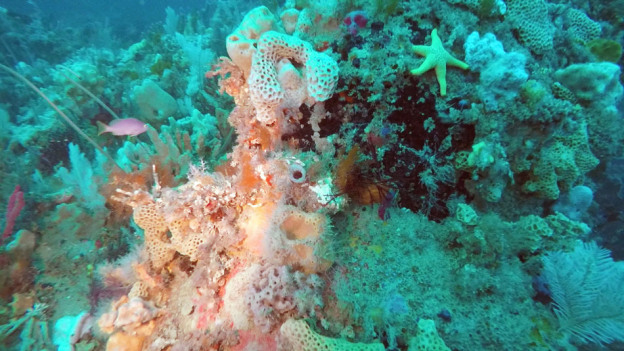 The Great Barrier Reef in Queensland is part of the UNESCO World Heritage that it might have an actual rival located in the south of Australia. Officials from Parks Victoria said that the newly exposed Wilsons Promontory Marine National Park reef near Melbourne can match the Great Barrier Reef in terms of the abundance of coral, sponge and fish.

The problem with the Victoria reef, however, is that it’s located deeper underwater than the Queensland reef, making it inaccessible to snorkelers. Scientists from the parks service used an ROV (Remotely Operated Vehicle) to explore the region for the first time and revealed some interesting findings of the underwater area.

“The resulting footage shows that the deep reef habitats are teeming with life and are home to rich and abundant marine ecosystems that are comparable to Australia’s better-known tropical reef areas,” Parks Victoria Marine Science Manager Steffan Howe said. “The extent and abundance of spectacular sponge gardens and corals is a particularly exciting find.”

The scientists found coral fans and dunes that measured at around 30 meters high and 2 kilometers long that house rare fish such as the Australian barracuda and Longsnout Boarfish and also “large sea whips and colorful sponge gardens beyond scientists expectations.” 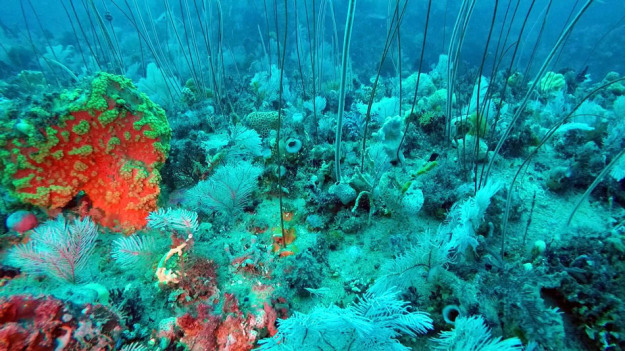 Posted by Simon Morley at 01:33 No comments: Links to this post

Flat calm. No wind. No current. No distractions. The perfect day for diving. No sharks either mind you but I had a gut feeling that they weren't going to come around but we went to Split Rock anyway and had a nice little bimble on the wall with Captain Nat, Sarah and Mark. 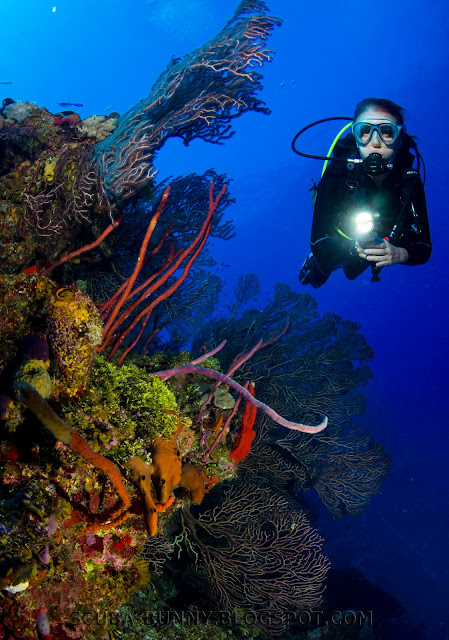 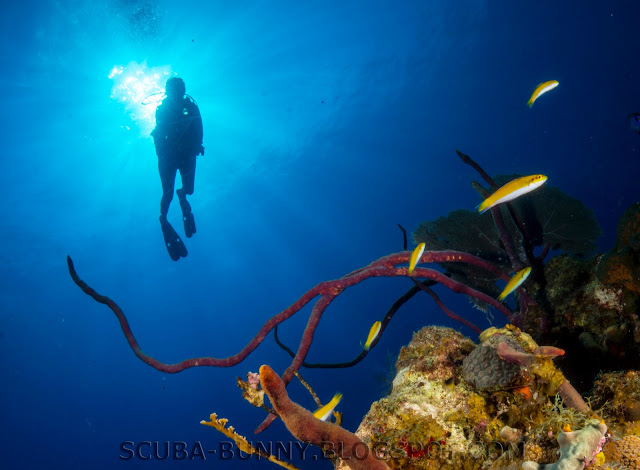 We've gotten lucky the last few weekends with the conditions and we've had no ill effects from Hurricane Danny so far either but they reckon he's going to be a non starter as he's rapidly diminishing now. as he makes his way towards Puerto Rico. 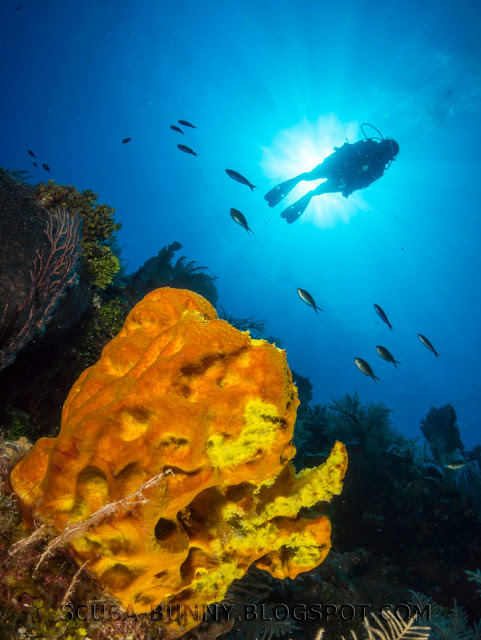 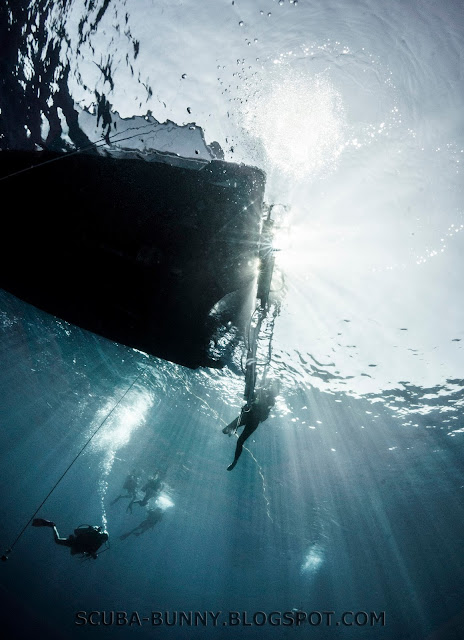 Snapper hole was next on the list for dive number two and I'm embarresed to say I didn't find one nudibranch today which is totally unlike me, so apologies about that. I found some nice blennies if that helps...... 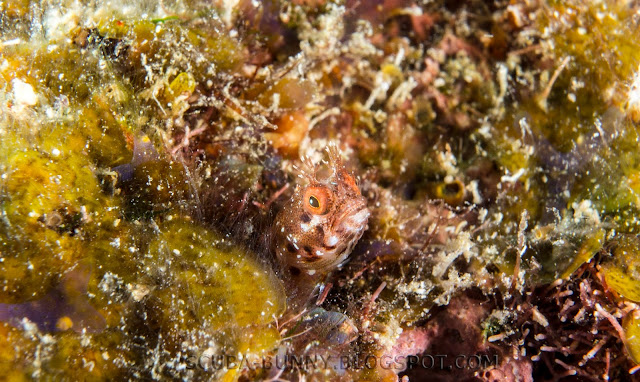 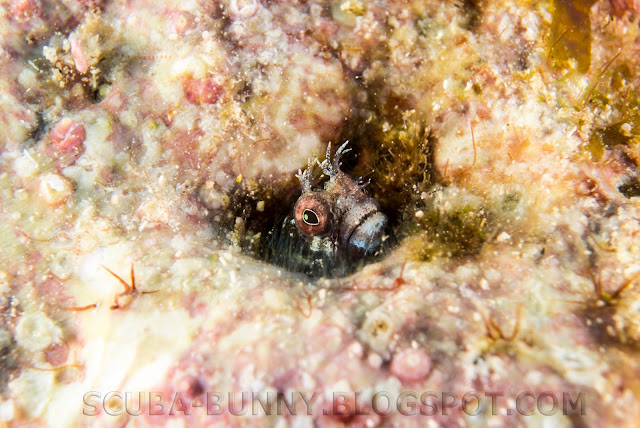 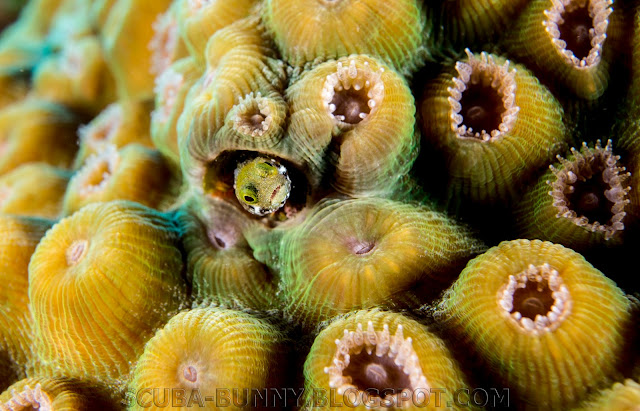 Snapper Hole is loaded with swimthoughs andsuck but not really good if your a macro shooter so your better off staying up top and checking the corals and hard pan thoroughly just to make sure you don't miss anything because there is some nice stuff to be found if you really scour the place. Like some nice juvenile scrawled filefish and needlenose puffer fish hanging ou tin the nooks and crannies. 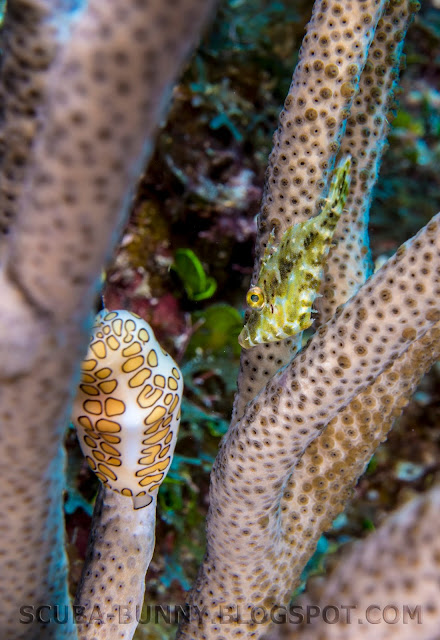 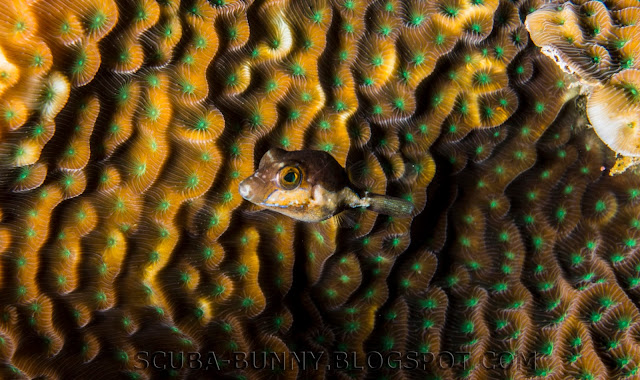 And the last one was a throw away shot due to the massive shoals and the small macro lens. It was never going to happen but I like to try anyway. Can't have your cake and eat it....... 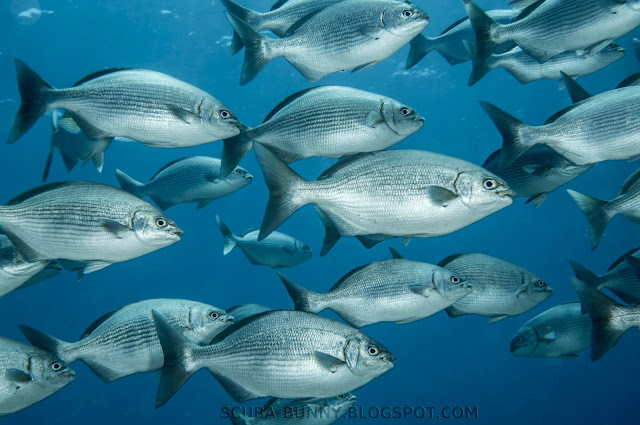 Posted by Simon Morley at 22:36 No comments: Links to this post

These creatures, found around the Galapagos, are so weird that the scientists filming them don’t even know what some of them are. This is film from the Exploration Vessel Nautilus, a vessel dedicated primarily to exploration, and incidentally to showing us footage of some of the strangest creatures on the planet. 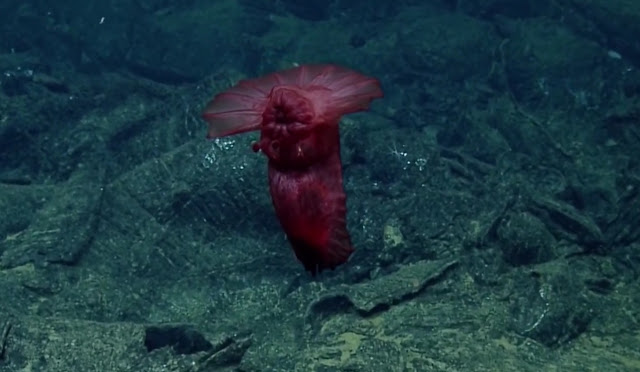 This video was taken near hydrothermal vents, which are notorious for nurturing the kind of life that scientists think is impossible until they discover it. The last creature, which the researchers do identify, is the flamboyant squid worm, and was only discovered in 2007.

They talk about it being both “benthic” and “pelagic” means that it has characteristics that make it both near the bottom of a body of water, and in the open center of the water, neither near the shore nor near the bottom


Link: HERE
Posted by Simon Morley at 12:52 No comments: Links to this post

Hello there (ladies and gentlemen)

Well I know it's been several long weeks with getting wet, due in part to work, but mostly in part due to Jill's hair (don't ask). But we made it back in the water at our favourite shore dive, Divetech's LHP.

The conditions were perfect, no current, no surge and great viz. To top it all the water was teeming with fish. I have never seen that amount of marine life hanging around here before, the water was so thick with fish I nearly had to break out the compass just to find my way back to shore.

Huge shoals of fusiliers, tang and parrot fish cruising overhead in the shallows at 6 metres, some epics examples of barracuda and burrfish milling around on the hardpan and the mini wall. Superb.

I was on the hunt for the little stuff as usual and spent the bulk of my time on the hardpan looking for the gobies and blennies and wasn't disappointed. 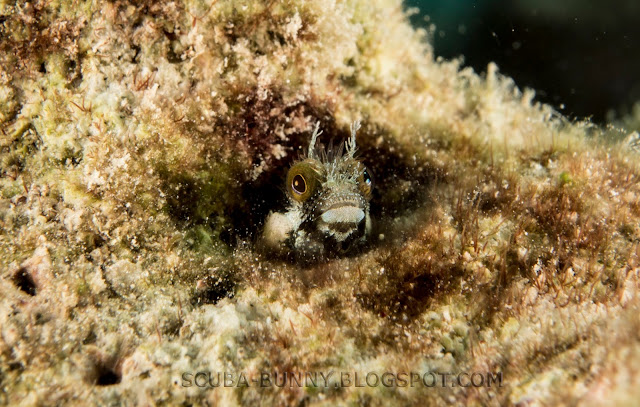 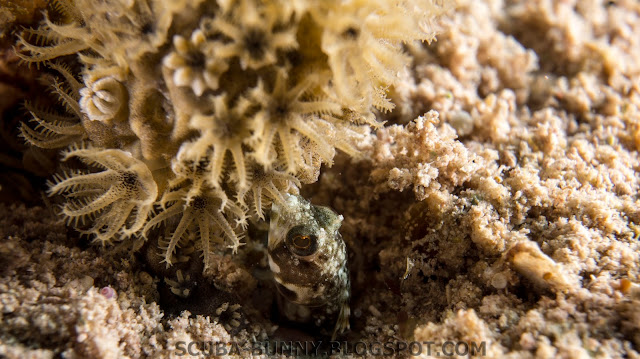 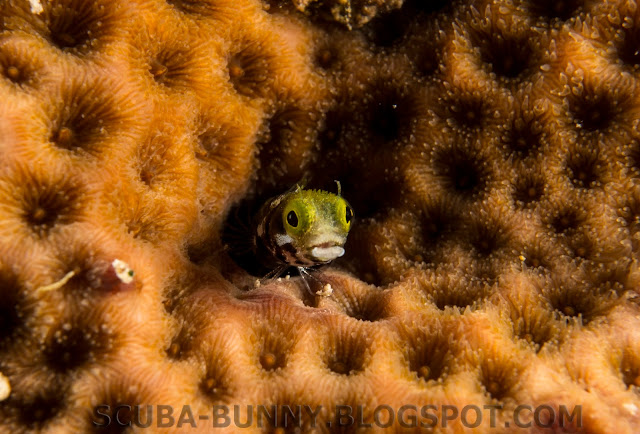 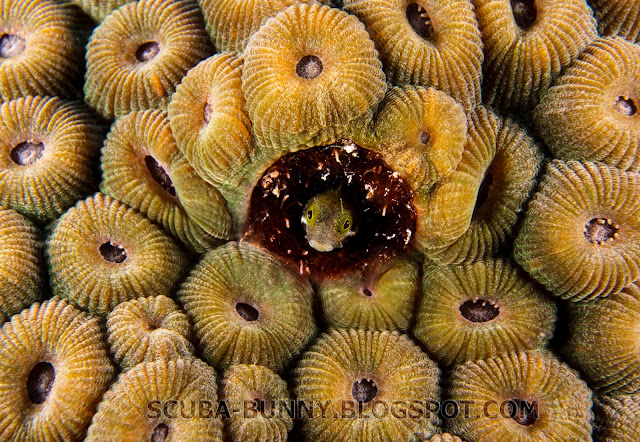 There were some epic sized banded jawfish around the 5 metre mark but with my 30mm ultra macro, it's tricking sneaking up on them. Oh how I wish they had a prot ready for my 90mm macro. Soon though......

God opportunity to get some of the usual suspects like christmas tree worms and flamingo tongue cowries, of which there were plenty to shoot and easy enough given the conditions. 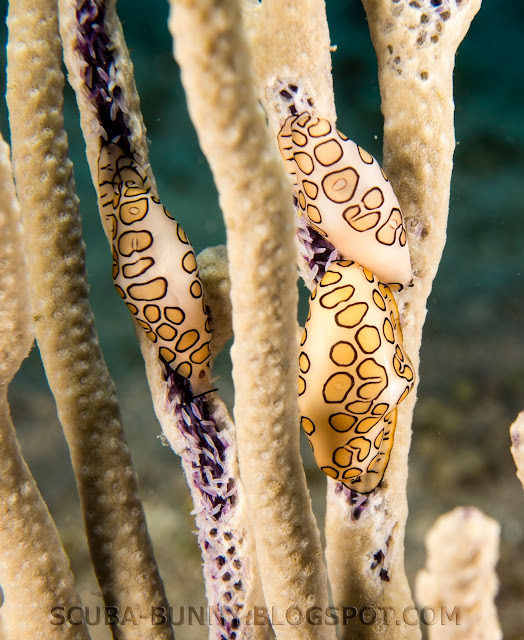 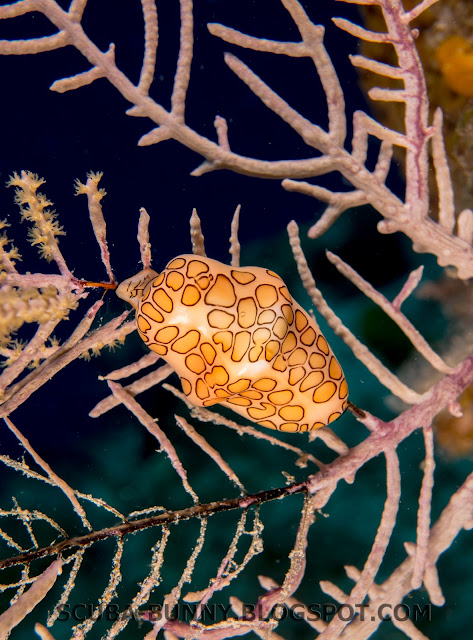 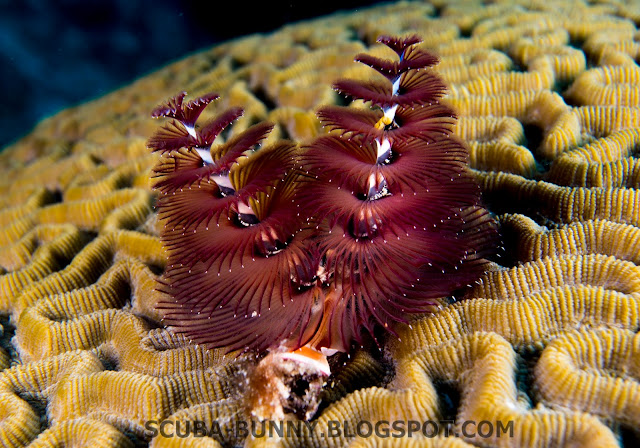 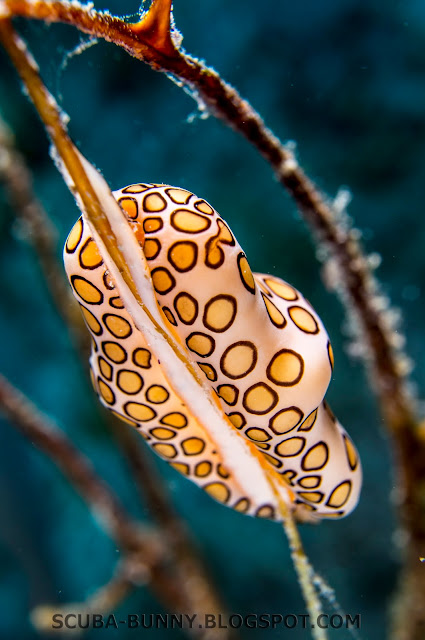 Surprisingly, there was a complete lack nudis to hunt this dive around, but I put that down to the variety and multitude of other marine life to look at so my excuse was that I was easily distracted. Honest. I did find some nice adult and juvenile orange saddled blennies though and I was more than happy with that. 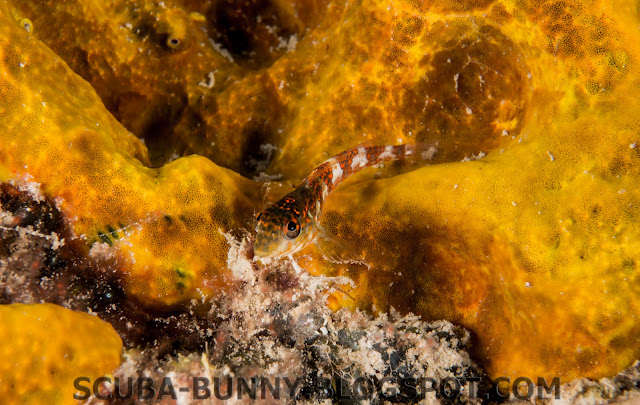 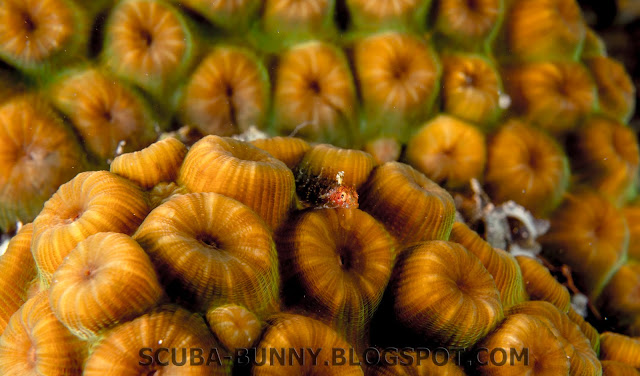 So the new camera is here, I have all the lenses that I need, it's now just a waiting game for Nauticam to make a small modification to the existing A7II housing to accommodate the slightly taller mode dial on the A7RII body and thats it. So that could take a week or a couple of months.

Hopefully sooner rather than later but in the mean time here's a couple of shots from messing around in the back garden. Still getting to grips with the controls and settings given that I've been so used to shooting with a particular camera for the last 5 years. I'll get better........ 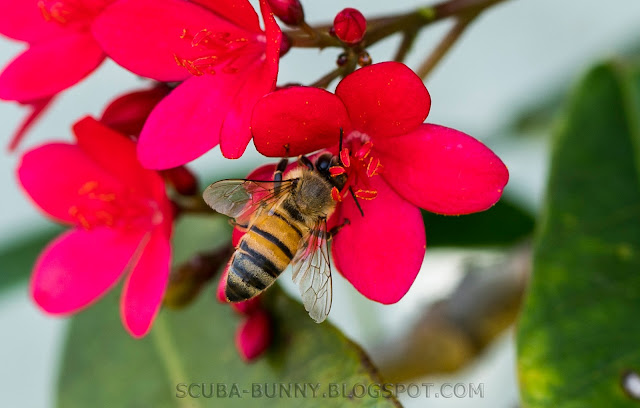 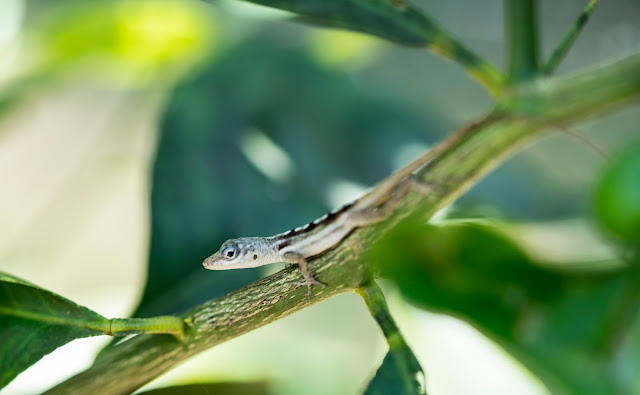 Posted by Simon Morley at 21:57 No comments: Links to this post

Mother nature keeps on surprising us with the finding of a new species of angler fish in the depths. How much more is there out there to find I wonder?

"A new species of fish that researchers describe as being “downright scary looking” has just been discovered in the deep sea. The new anglerfish, which has been placed in the genus Lasiognathus, adds to the growing number of formidable-looking known species in the deep sea. This particular fish, described in the journal Copeia, was found at nearly 5,000 feet below the surface of the Gulf of Mexico’s northern region." 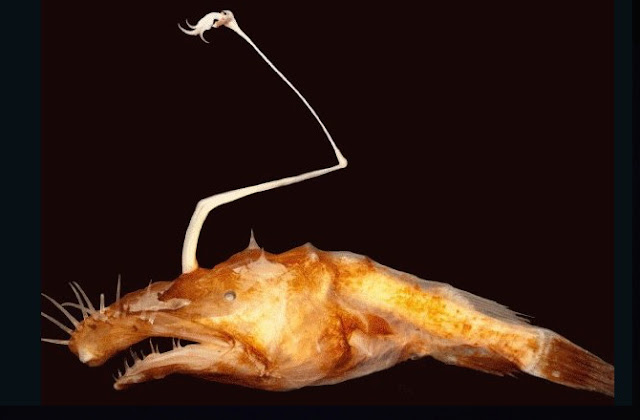 Posted by Simon Morley at 01:18 No comments: Links to this post

The aquatic world once again proves it worth by shedding some light on the dark mysteries of body armour, robots and flexible electronics. 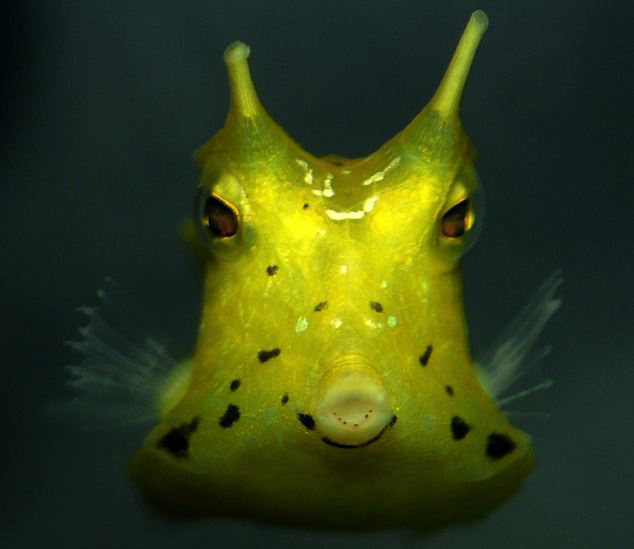 The characteristically boxy fish has a shell made up of interlocking hexagonal scales, complete with a raised star-like structure in the centre that distributes stress across the surface.

After dissecting the scales, researchers discovered a flexible inner layer of interlocking collagen fibres that are tough to penetrate.

"The boxfish is small and yet it survives in the ocean where it is surrounded by bigger, aggressive fish, at a depth of 50 to 100 meters," said Wen Yang, the lead author of the paper describing the discovery. "After I touched it, I realised why it can survive – it is so strong but at the same time so flexible."

Posted by Simon Morley at 21:29 No comments: Links to this post