It went from a full page spread down to a footnote, such is life. On page 69 in Sport Diver December 2016 issue, you'll find Jill in front of the camera and me behind it at Hepps Pipeline in a feature on Secret dive spots around the world. I've put the page below with the original shot in it's full glory.

Lets see if I can get a bigger spread in the World's Best Diving, Resorts and Liveaboards special issue that Sport Diver are doing. They're supposed to be using some of my Babylon shots. We shall see....... 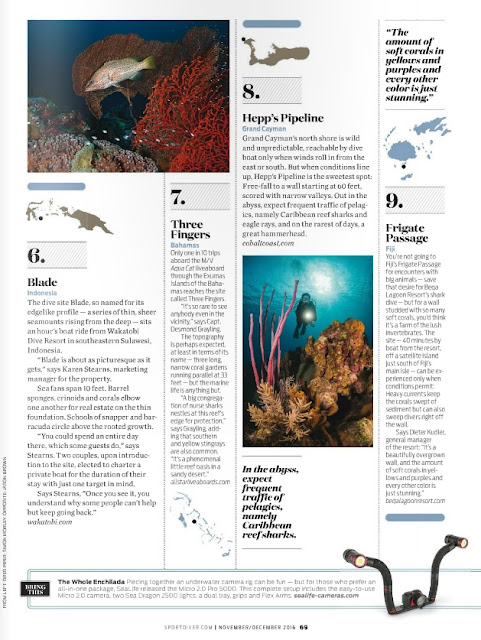 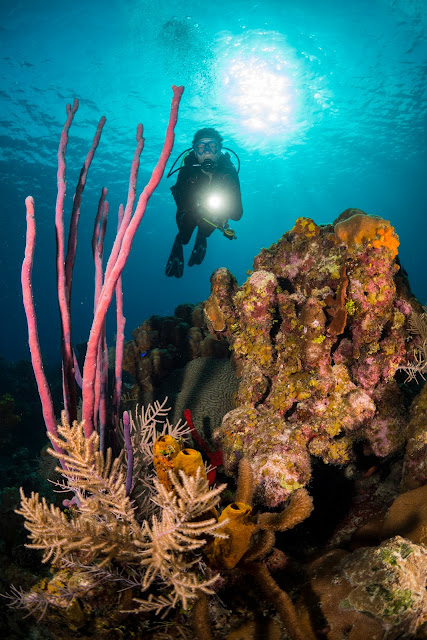 Posted by Simon Morley at 02:57 No comments: Links to this post

The happiest days of our lives

Devastatingly spectacular. That's all I can say. I haven't seen conditions like this for a long time. No wind, no current, no surge, the perfect lightning and clear blue ocean that just keeps going and going. It was literally a wet dream for a photographer. 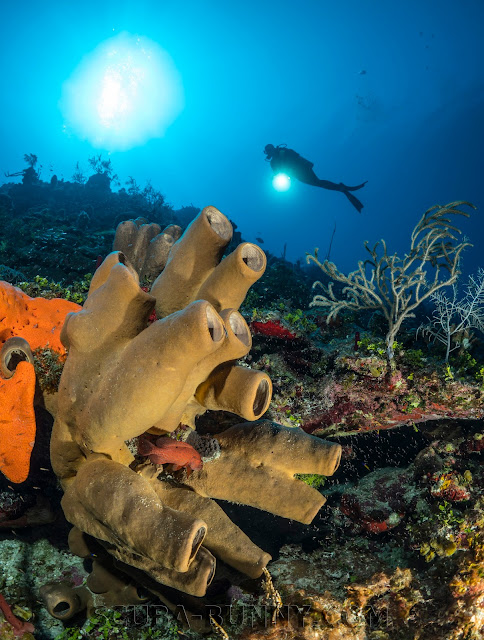 I might also add that Miss Leslie did an admirable job as stand in model whilst Jill was off galavanting around the place. The Nicholson and the wreck were prime spots for some nice scenic shots. The fish action was a little lacking this morning so we were missing some of the usual suspects like Lumpy and Spot but still, with conditions like this, I wasn't going to quibble. 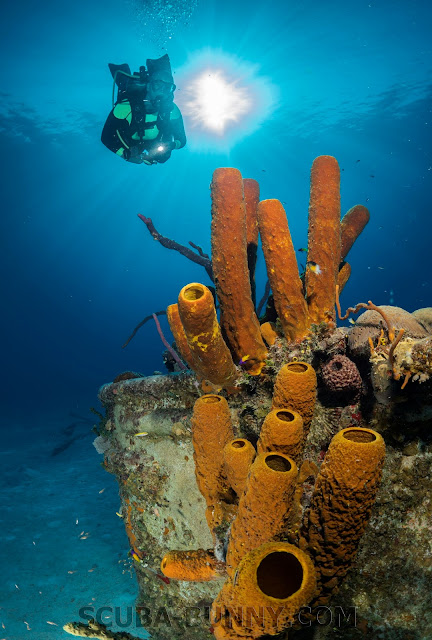 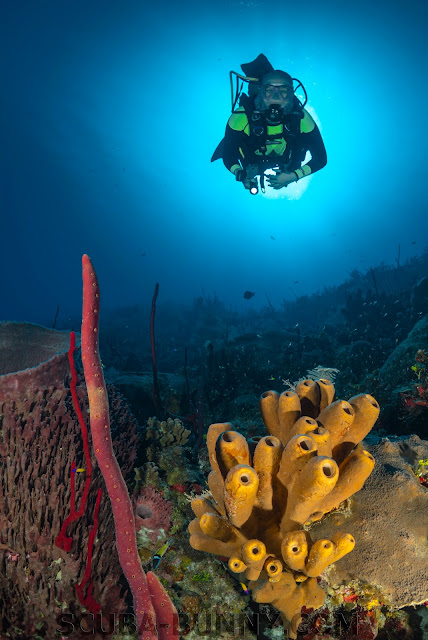 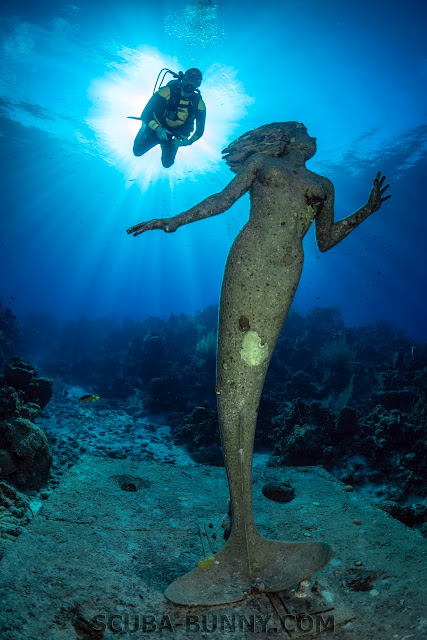 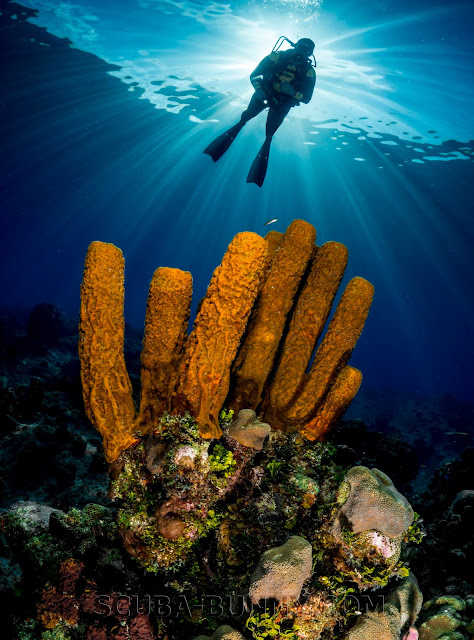 And one final scenic shot to round off the perfect first dive. 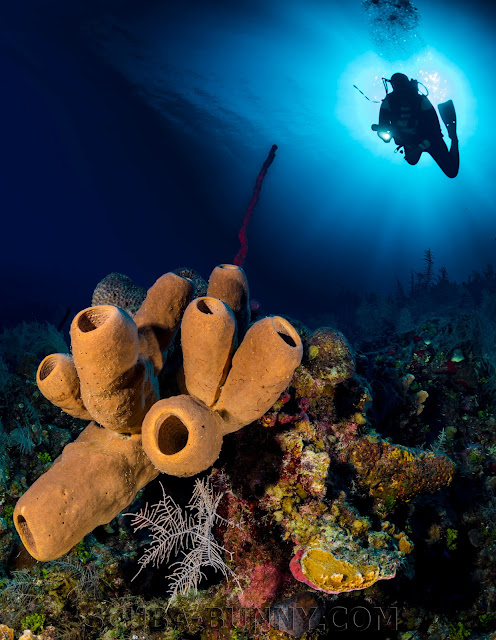 The second dive was a bit of a departure from the norm as we went far left, way past the oil silos and found it to be very pleasant, not only scenery wise but also had some very nice critters to play around with, like some very nice pistol shrimp hiding under a small rock in the middle of a sea of sand. It pays to check under every nook and cranny. 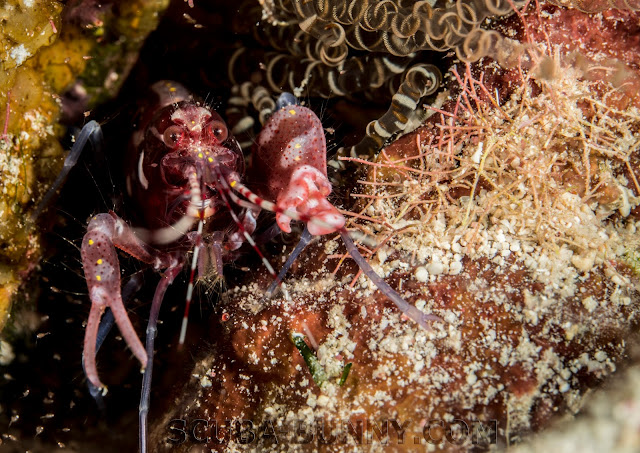 And as usual, lets bring on the blennies! 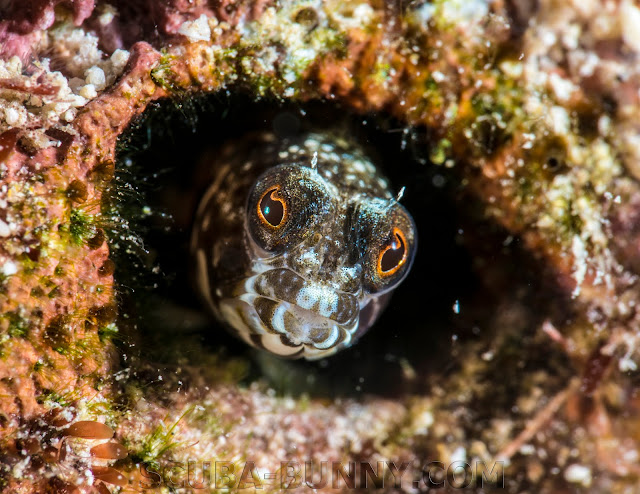 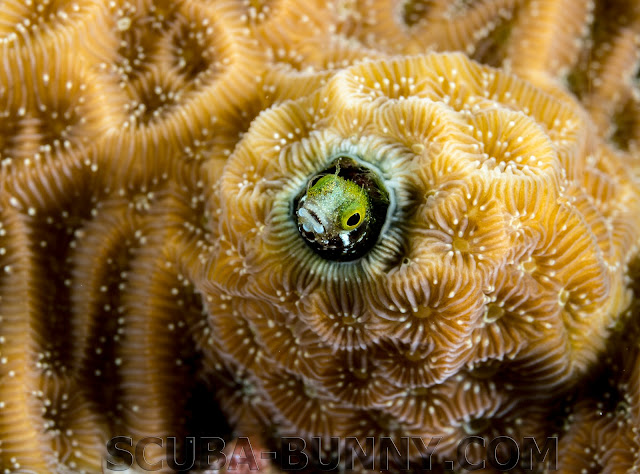 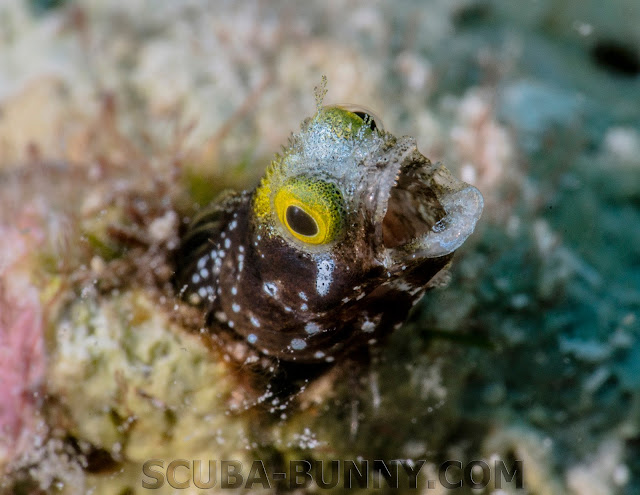 Miss Leslie also happend to spot a nice burrfish hiding under one coral head which also had a nice cow fish hiding round the otherside with moray jammed in there for good measure. No shots of the moray unfortunately, that was well hidden in the back. 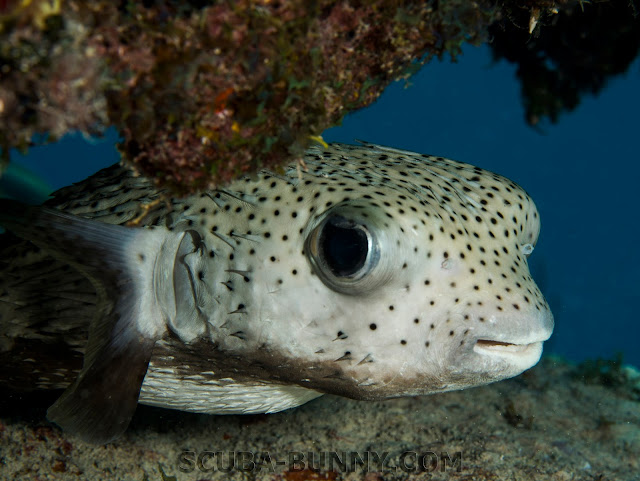 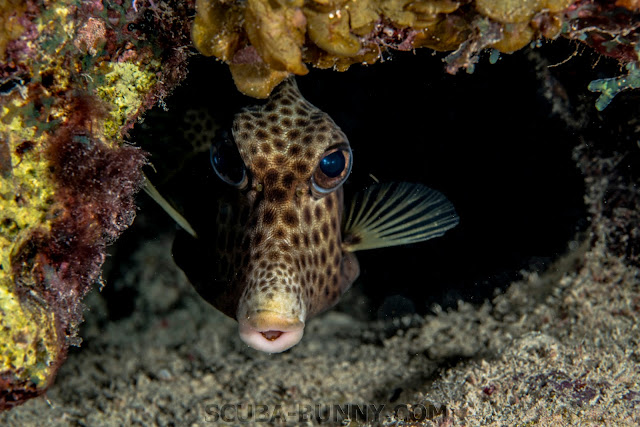 Right at the end of the dive on the safety stop, Miss Leslie was busy playing with a pair of juvenile peacock flounders that were chasing each silly in circles. These things were tiny and they obviously had their caffeine this morning to have that much energy. 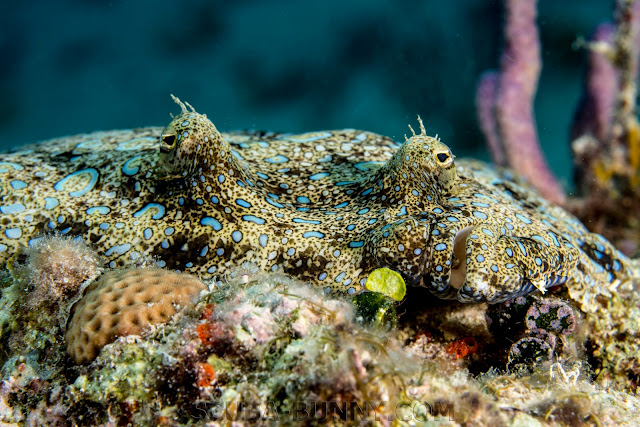 Spectacular first dive and an excellent second dive into the unknown made for a superb day out. Hopefully once we get the tail ends of hurricaine Matthew pass us by then the conditions will settle down a little bit and we'll get in the water again on Sunday. Fingers crossed. 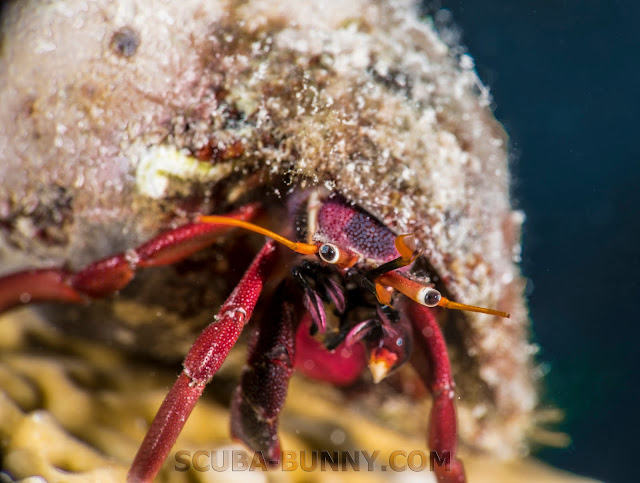 Posted by Simon Morley at 14:21 No comments: Links to this post