3 is a magic number

Unfortunately there wasn't any big stuff to come out and play with us today, that and a fair amount of swell at the surface made it a bit of a lumpy ride for most of the boat. Still, with epic scenery like this, what's there to complain about? 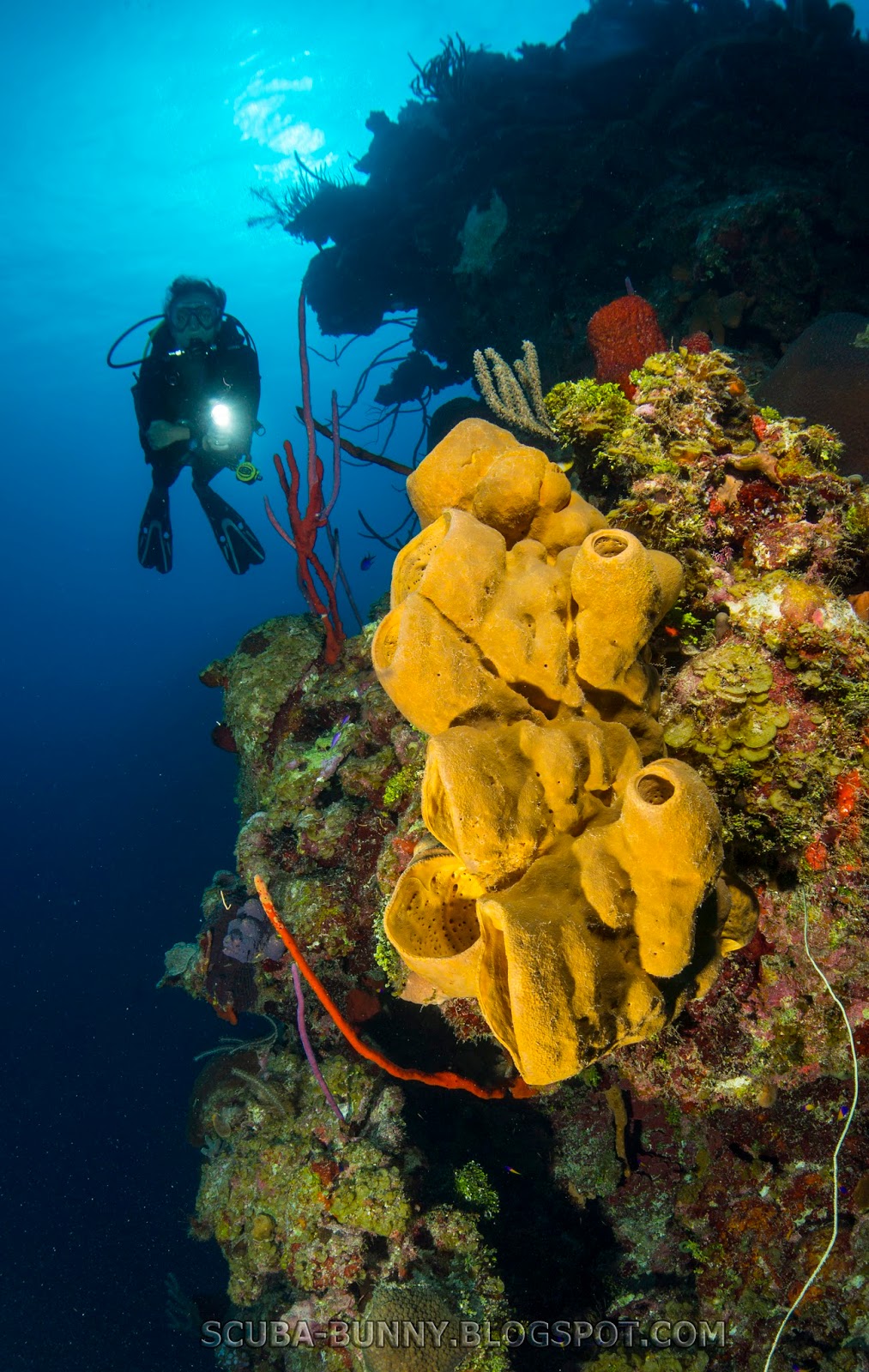 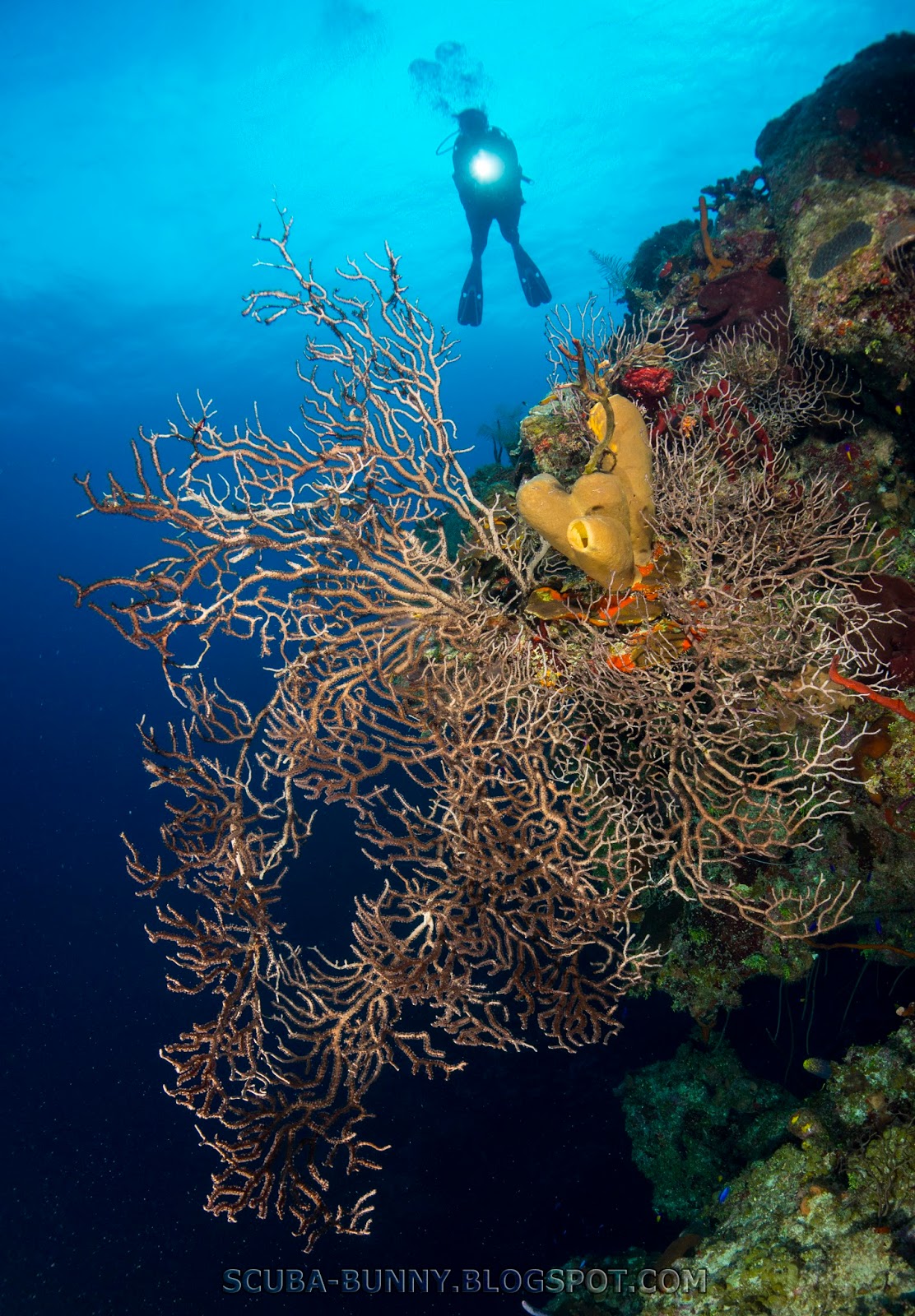 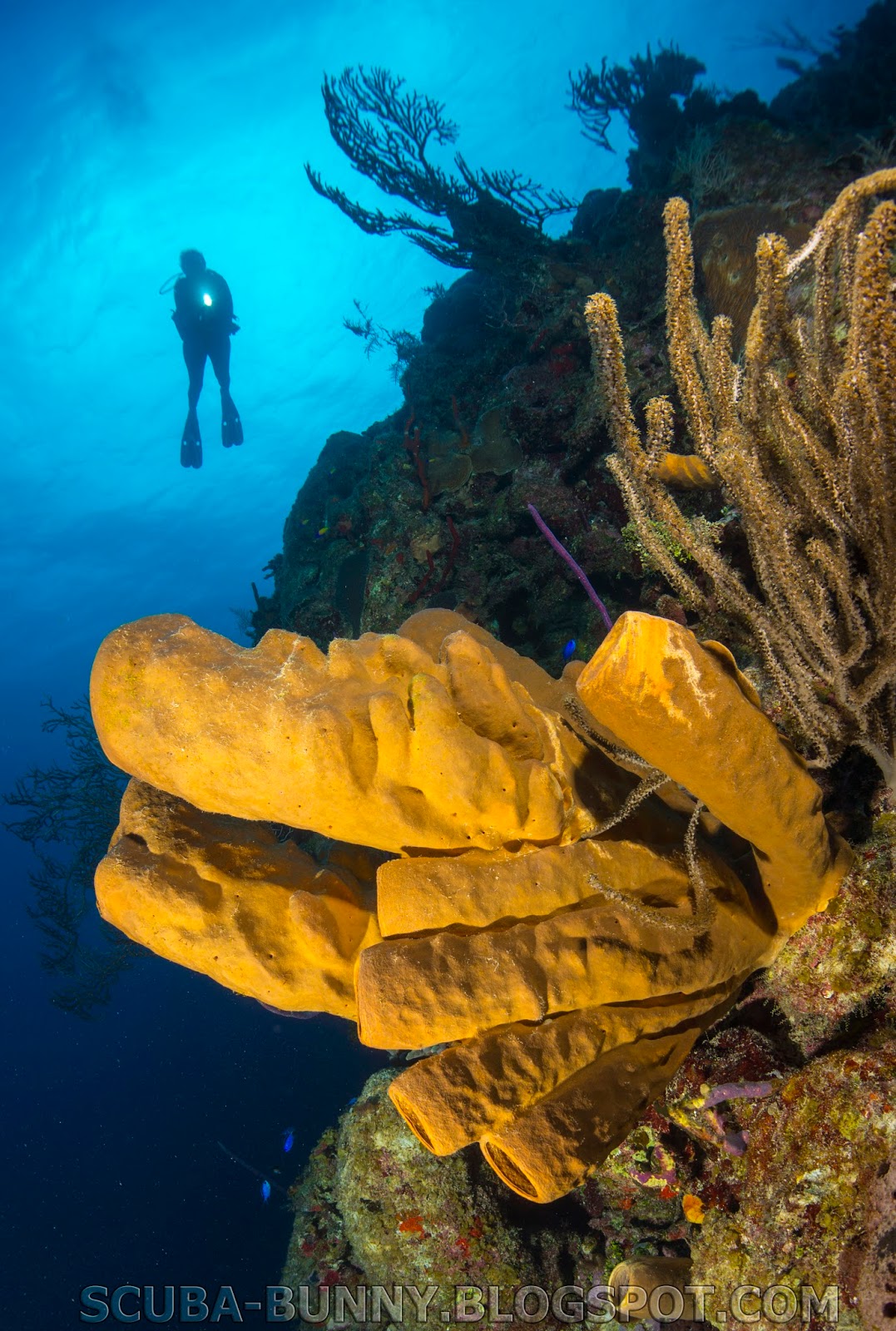 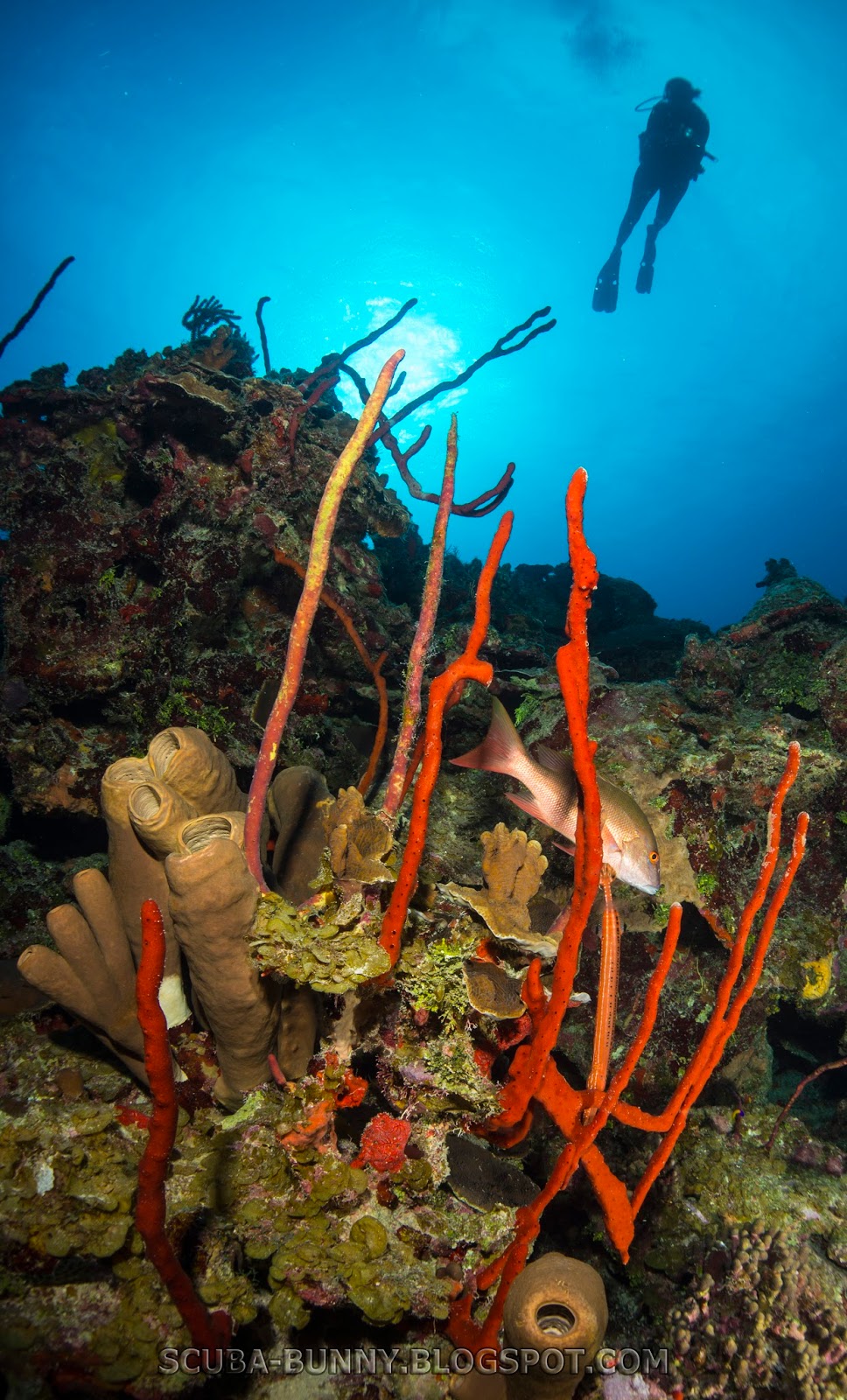 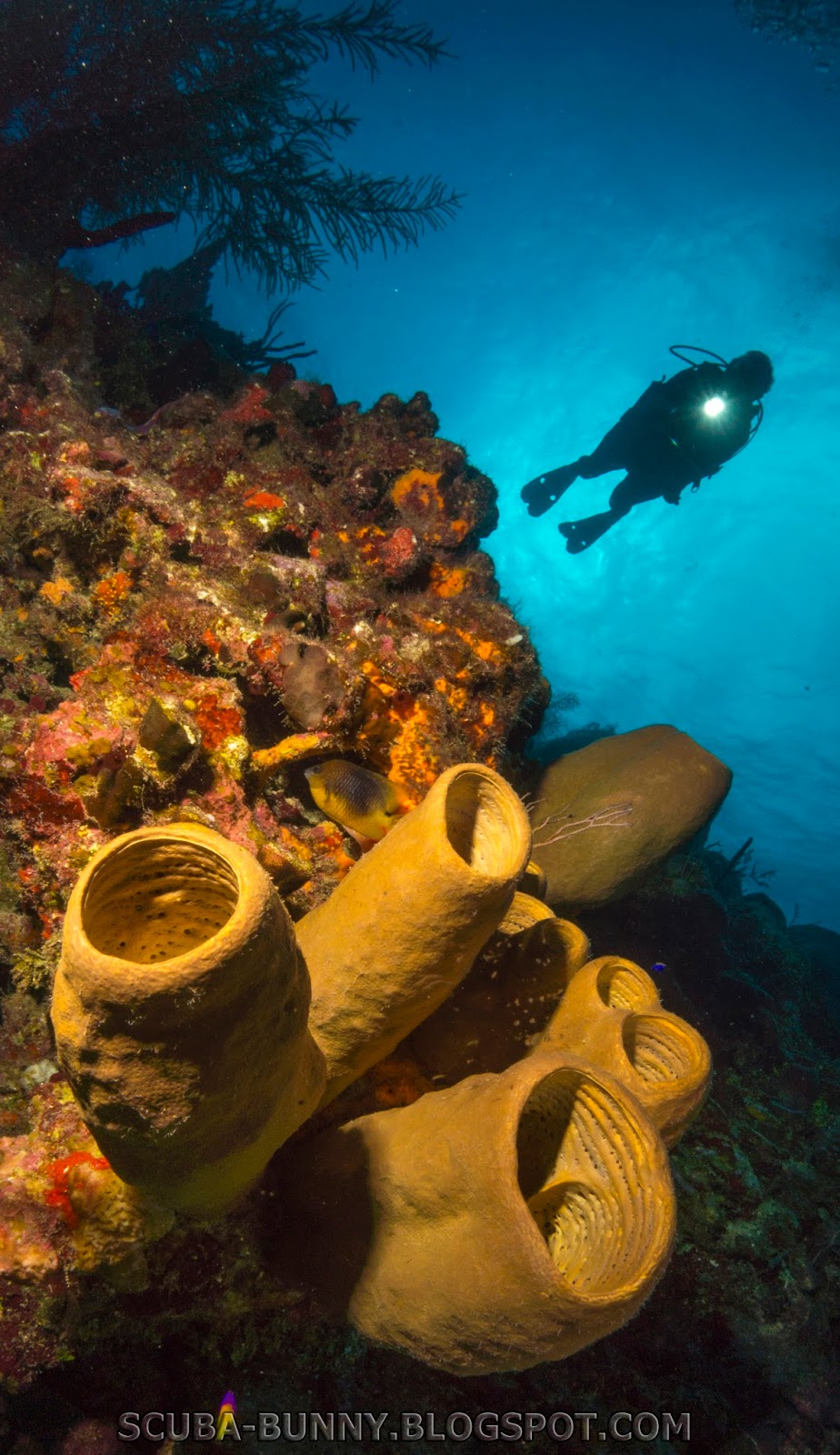 We moved over to the Omega dive site (which I hadn't done before) and passed our surface interval watching most of the divers turn various shades of green. Poor souls. I must say that this particular dive site was hard work to find the little stuff, not including the massive surge that was in effect. You really had to get yourself down on the deck on sheltered. 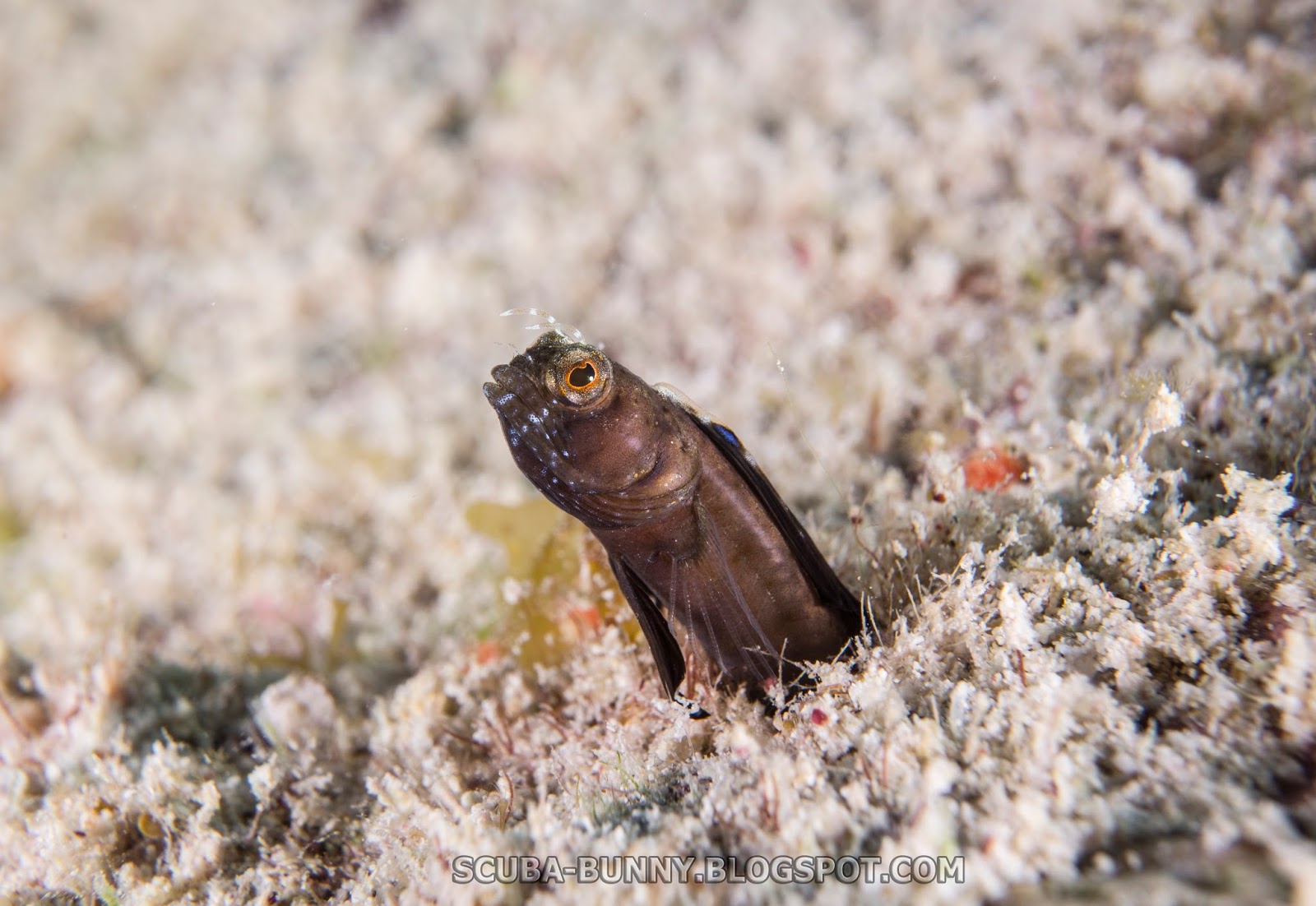 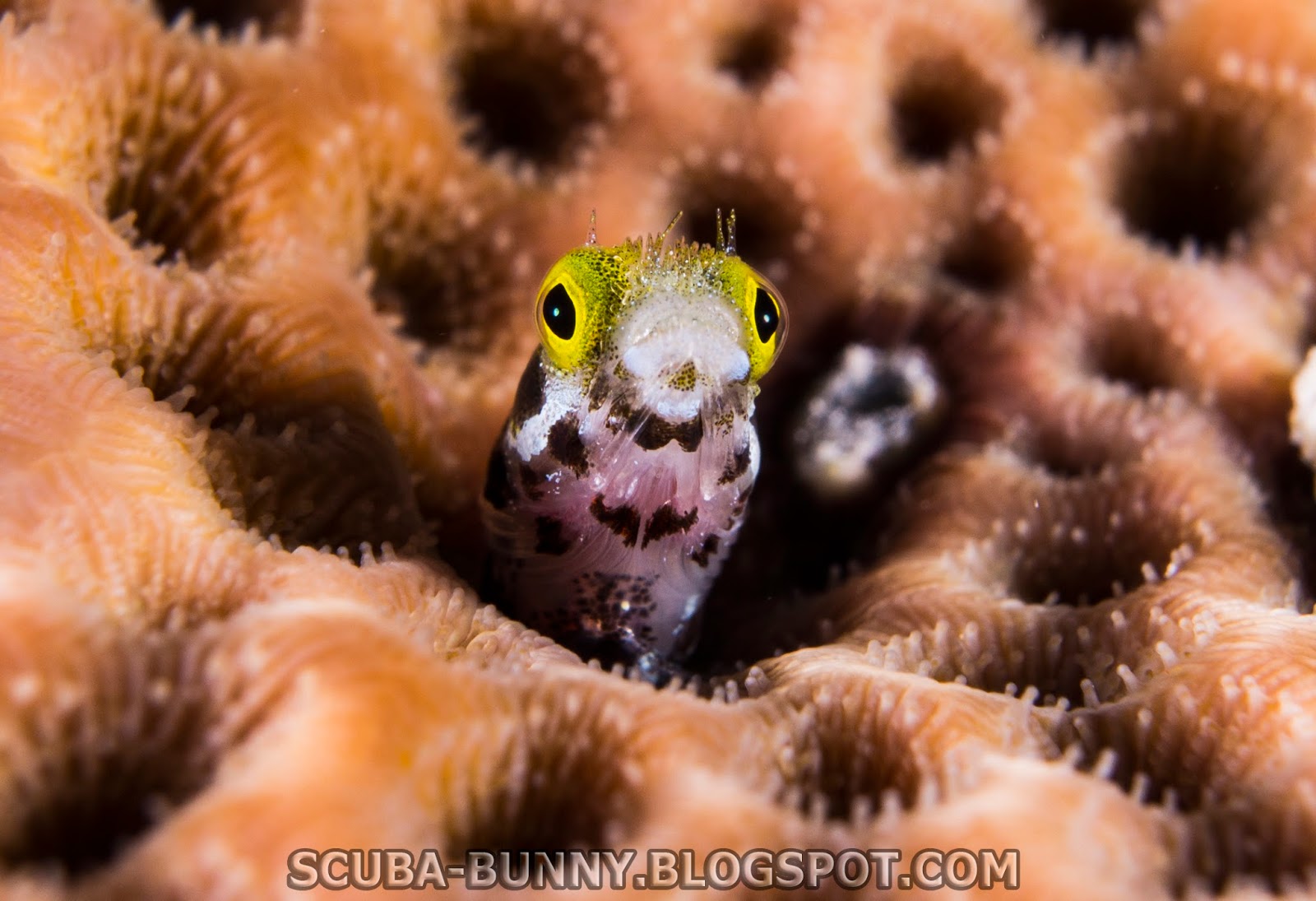 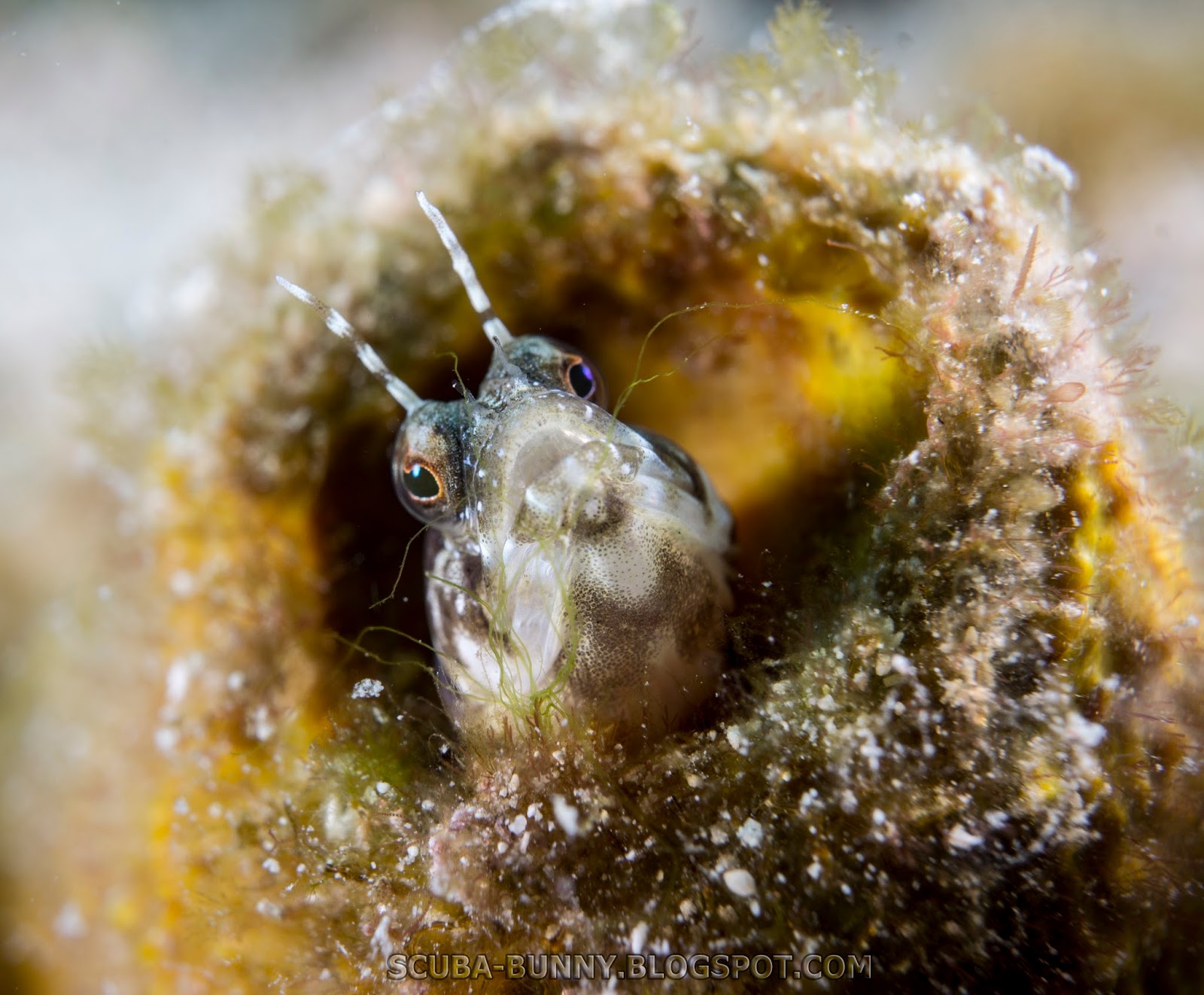 In next weeks further adventures, I've actually got some spec dives to teach weather permitting, so we very well may have two divers taking their first steps towards their MSD certification. Stay tuned.
Posted by Simon Morley at 23:50 No comments: Links to this post

Well after all the flurry of emails and rushing to meet the publish deadline, Sport Diver opted not to use my shot for the March front cover. Boo!

But they gave me a full page spread of one of my other shots inside. Yay!

And the money will go towards a new macro lens. When Sony get their finger out of their bottom and release it! 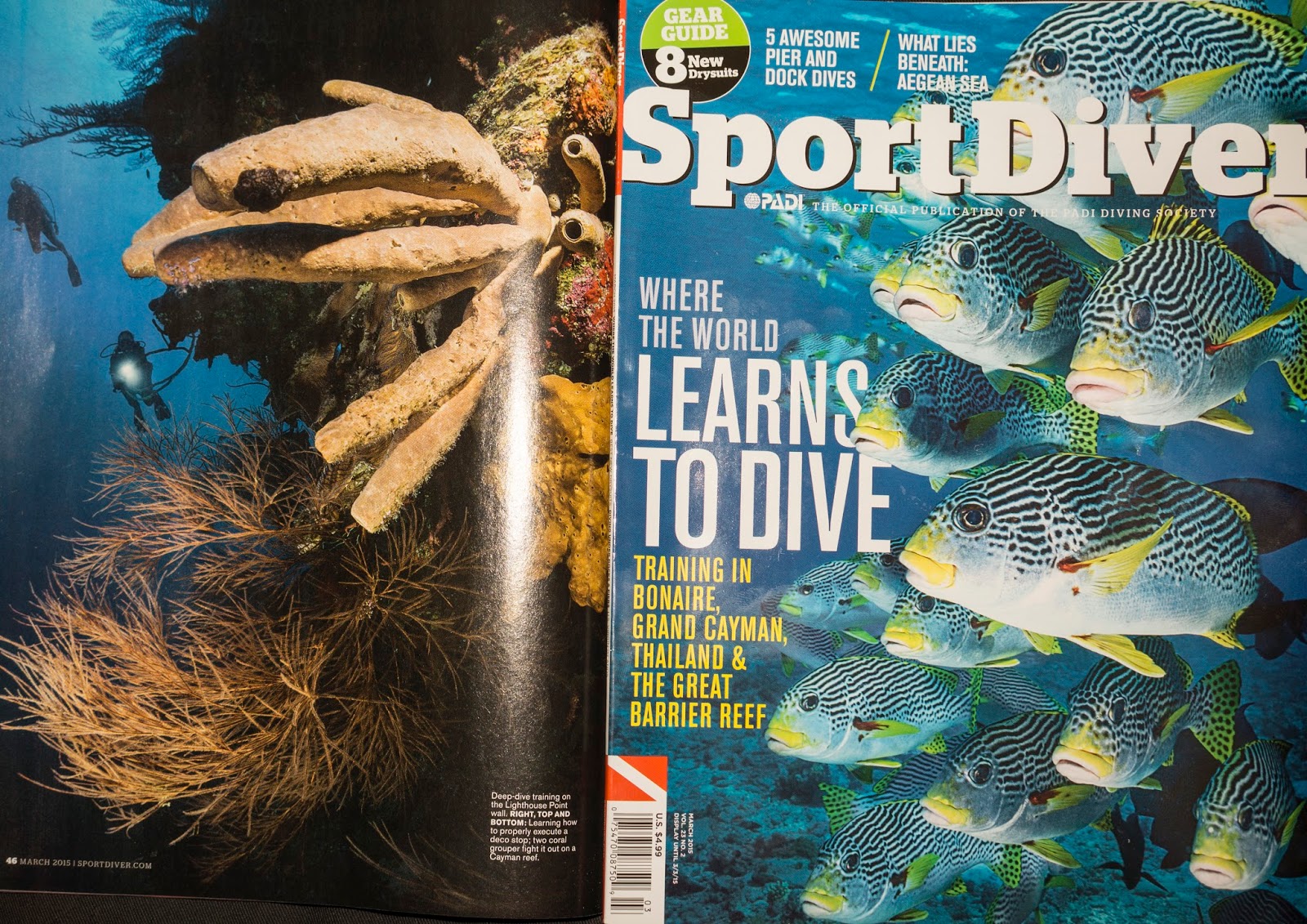 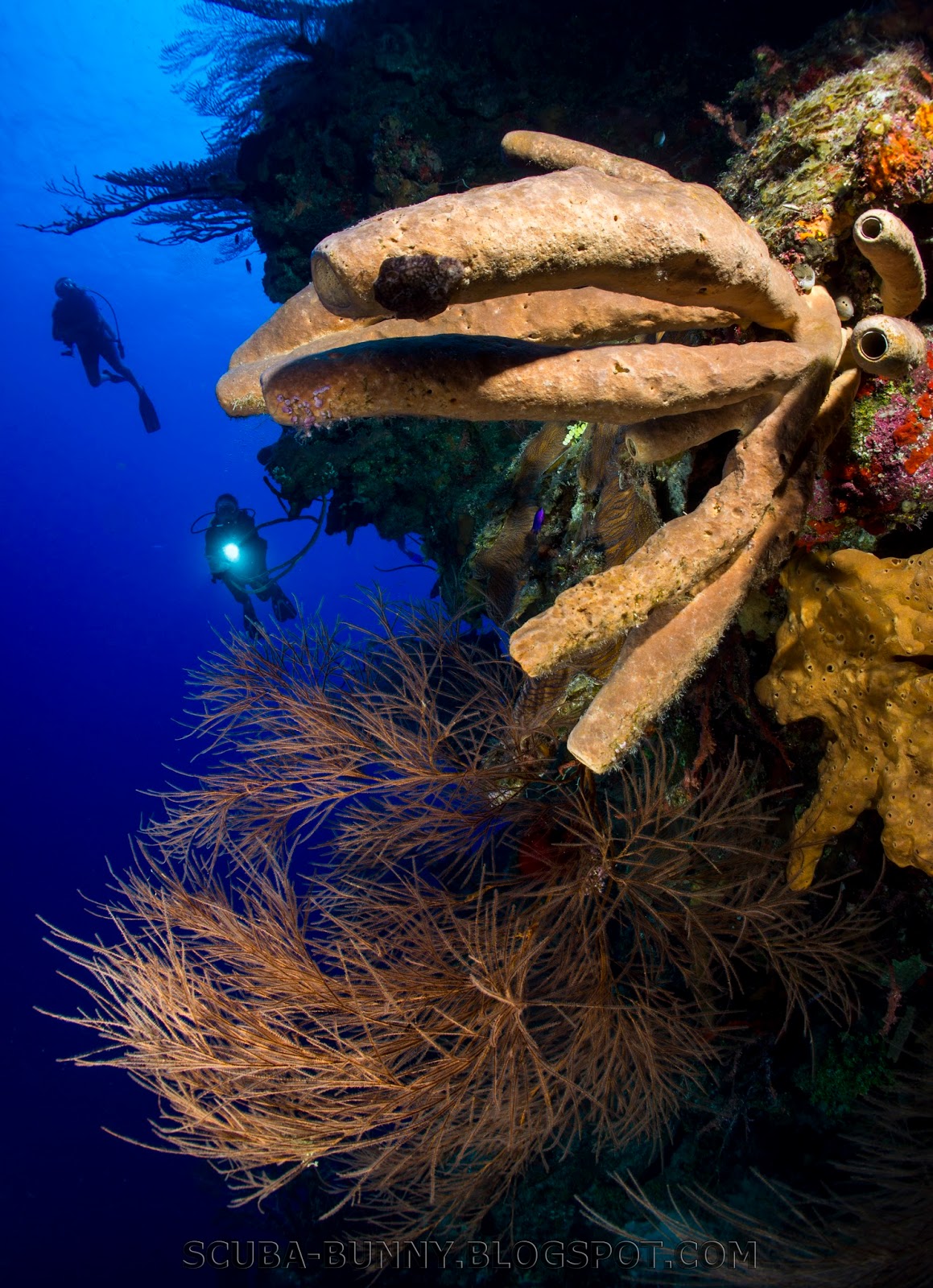 Posted by Simon Morley at 22:56 No comments: Links to this post

Time in a bottle

Multiple cold fronts have made it really difficult to get any diving done the last couple of weeks, so in the meantime enjoy a short film clip by Sandro Bocci that's just been released called ...Meanwhile.....

This is a short film created during the "Porgrave" shooting, the latest film by Sandro Bocci, that will be released in late 2015. ...Meanwhile... shows the world of marine animals like corals and sponges, at high magnification and during long time span through the timelapse. And by the looks of it mostly shot under UV lighting. You can watch it below or via the link.

Which reminds me that I really need to get in the water and test my new UV light. Maybe this weekend.......


Posted by Simon Morley at 01:02 No comments: Links to this post

Leaving on a jet plane

Our friend, Kate Clayton, who some of you may know from Tortuga Divers here on Grand Cayman, was involved in a major road accident on the 11th Jan which resulted in serious head and spine injuries with the possibility of permanent paralysis and brain damage which is an utter crime for someone so young and full of energy with their whole life still ahead of them. It's even worse that I had saw her not a few hours before where she hugged me and wished me a happy birthday. :-( 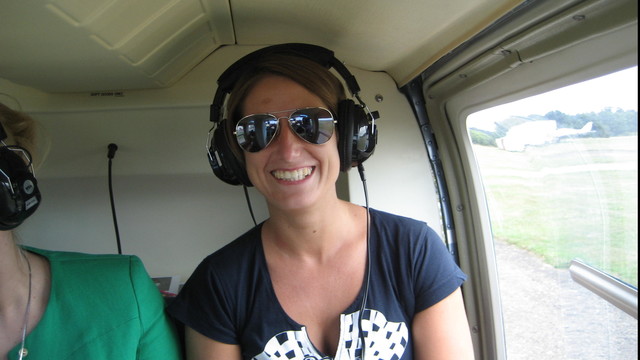 Since then, friends and family have been doing everything possible to raise money to get little Katey home and into proper medical treatment because if you didn't already know, serious injury treatment on this island is not their forte and we don't have the NHS here like back home so the quicker Kate gets into proper medical care, the better her chances for a proper diagnosis and recovery.

The good news (finally) is that Kate's sister, Claire just announced that Kate will soon be on her way back home where she needs to be right now.

However, the family still needs all the help possbile with the medical bills racked up so far and for the future care of Kate.

If you've ever wanted to be part of a good cause, then now is your chance to help someone who has given so much of herself whilst she has been on the island.

Above and below are links to a FunRazr website set up by Kate's sister specifically for people to donate whatever they can towards expenses. The site is secure and legitimate so you can contribute safely.

Please give whatever you can, even if it's only a couple of quid/dollars/euros/whatever as every little helps and it's for such a good cause. If you knew Kate then you'd know she's worth every penny.

Please, please help us out and help spread the word to everyone you know even if they aren't a diver, they can still do one thing worthwhile today. Thank you 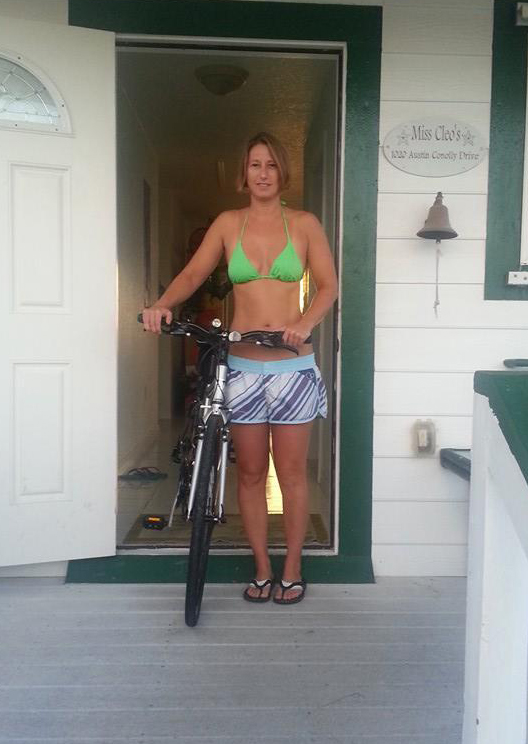 Some more great footage of a divers encounter with an octopus as it decloaks like a Klingon bird of prey. Awesome.


Posted by Simon Morley at 12:10 No comments: Links to this post

With a cold front approaching and strong winds whipping up from the East to the tune of about 18-20 knots, we once again joined our friends from Tortuga Divers on the East side of the island to get wet.

We headed South and took multiple attempts to find a mooring point that wasn't going to result in a drift dive for everyone which is just as well given that a few people looked quite green by the time we jumped in. Strong currents aside the first dive was relatively uneventful and not exactly teeming with marine life but then it was the third choice for a dive site and beggars cant be choosers. 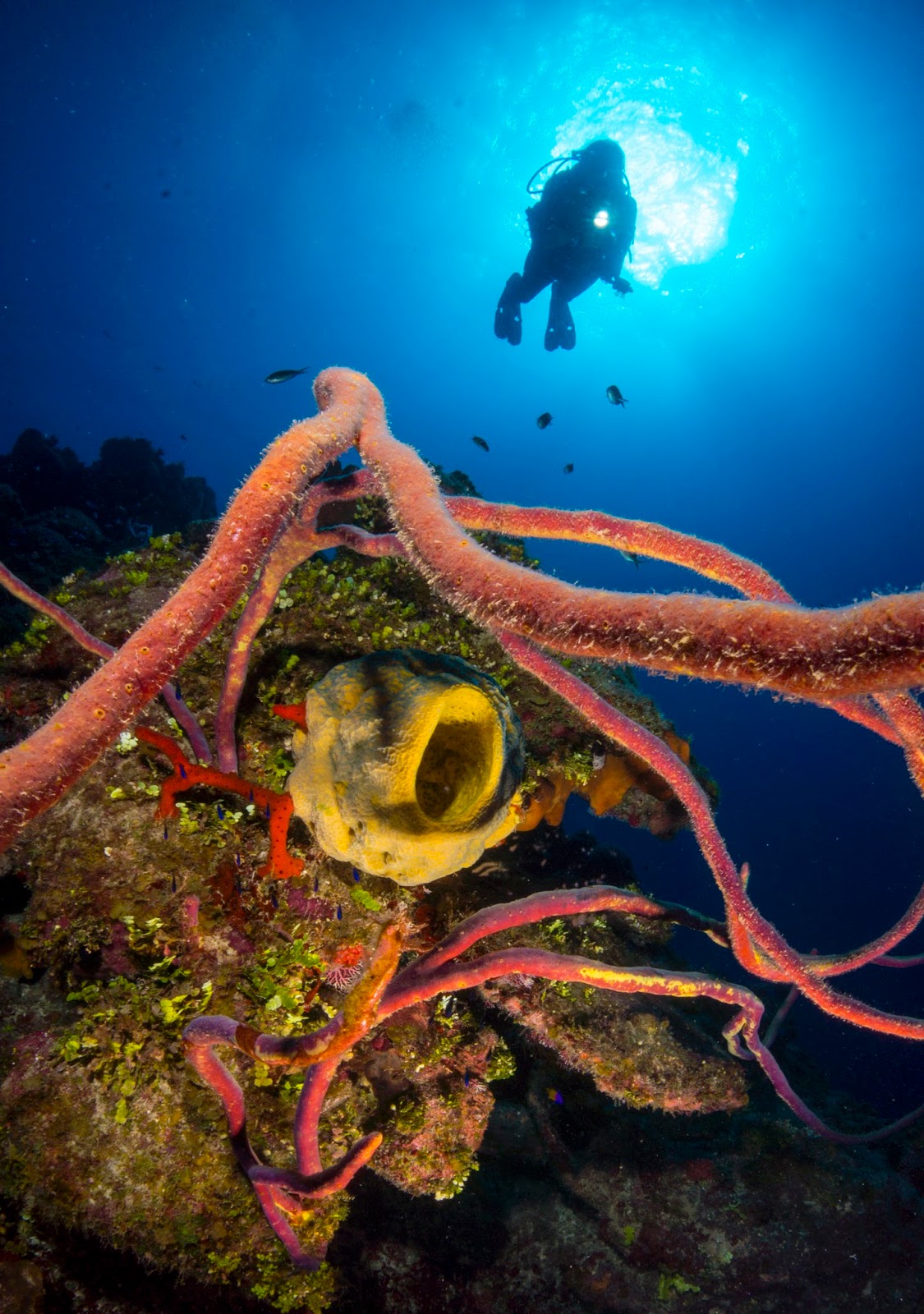 There were the odd cluster of rope and barrel sponges to try and get creative with shot wise but the fish just want to be somewhere else, probably watching the football or something. 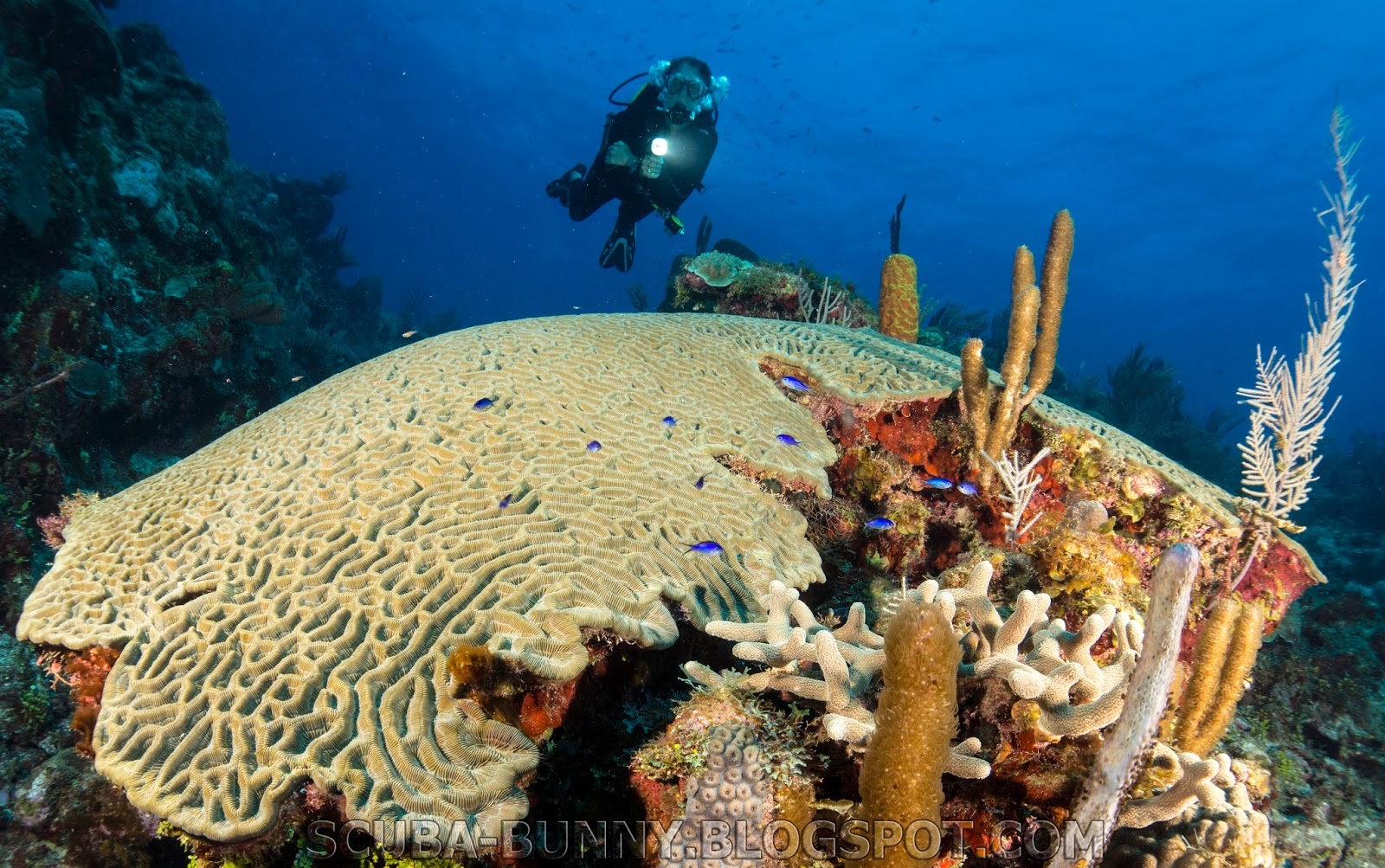 We didn't motor too far for dive number two given the punters were looking even more peaky than before. Shallow was the order of the day for the next dive which meant hunkering down and trying to stay out of the surge whilst looking for the small stuff. As luck would have it, right under the bow was a sea fan with no less than 13 tritonia hamnerorums and egg ribbons, which was a nice find. They were all spread out so I couldn't get them all in the same shot but you get the idea. 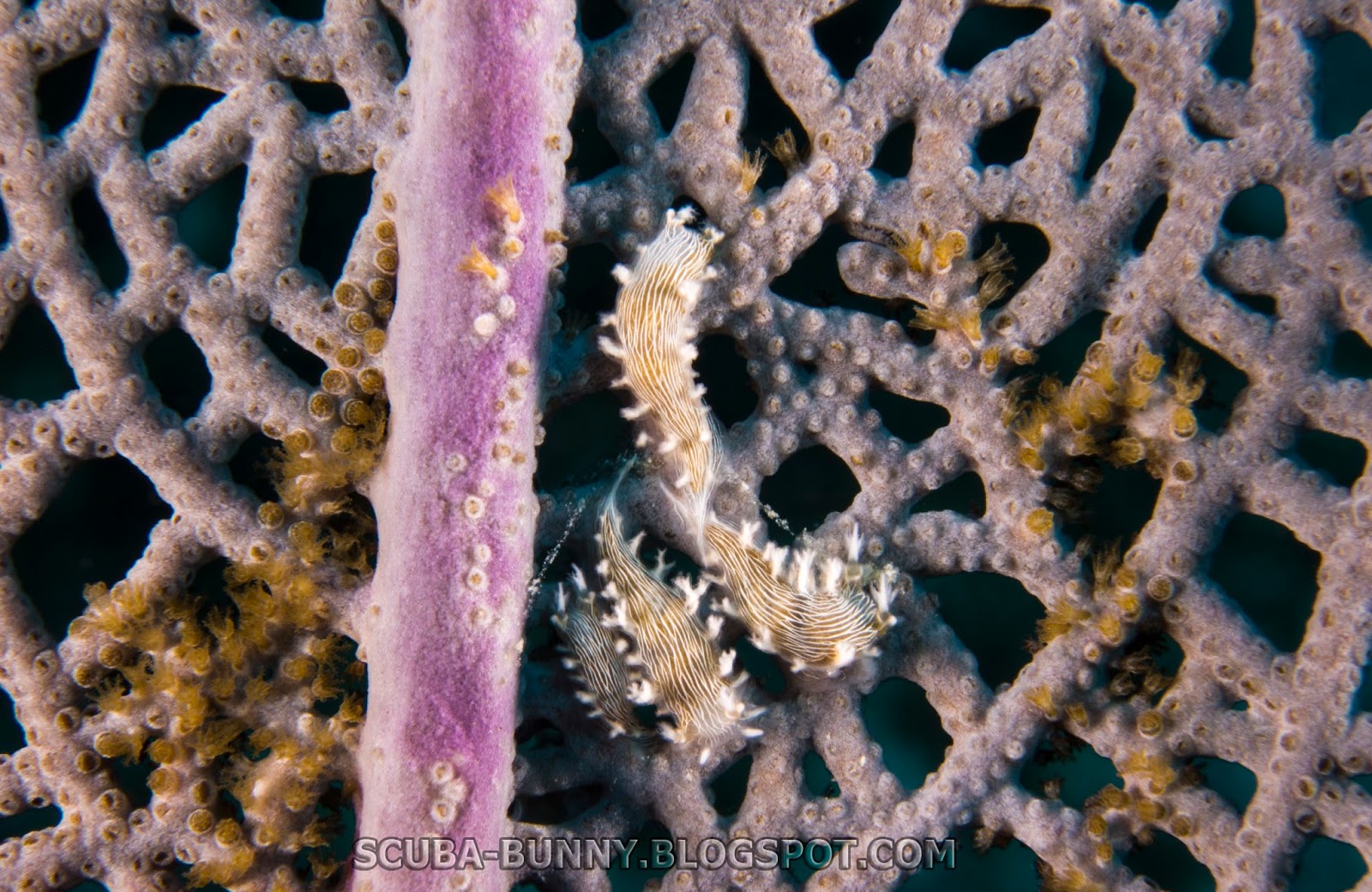 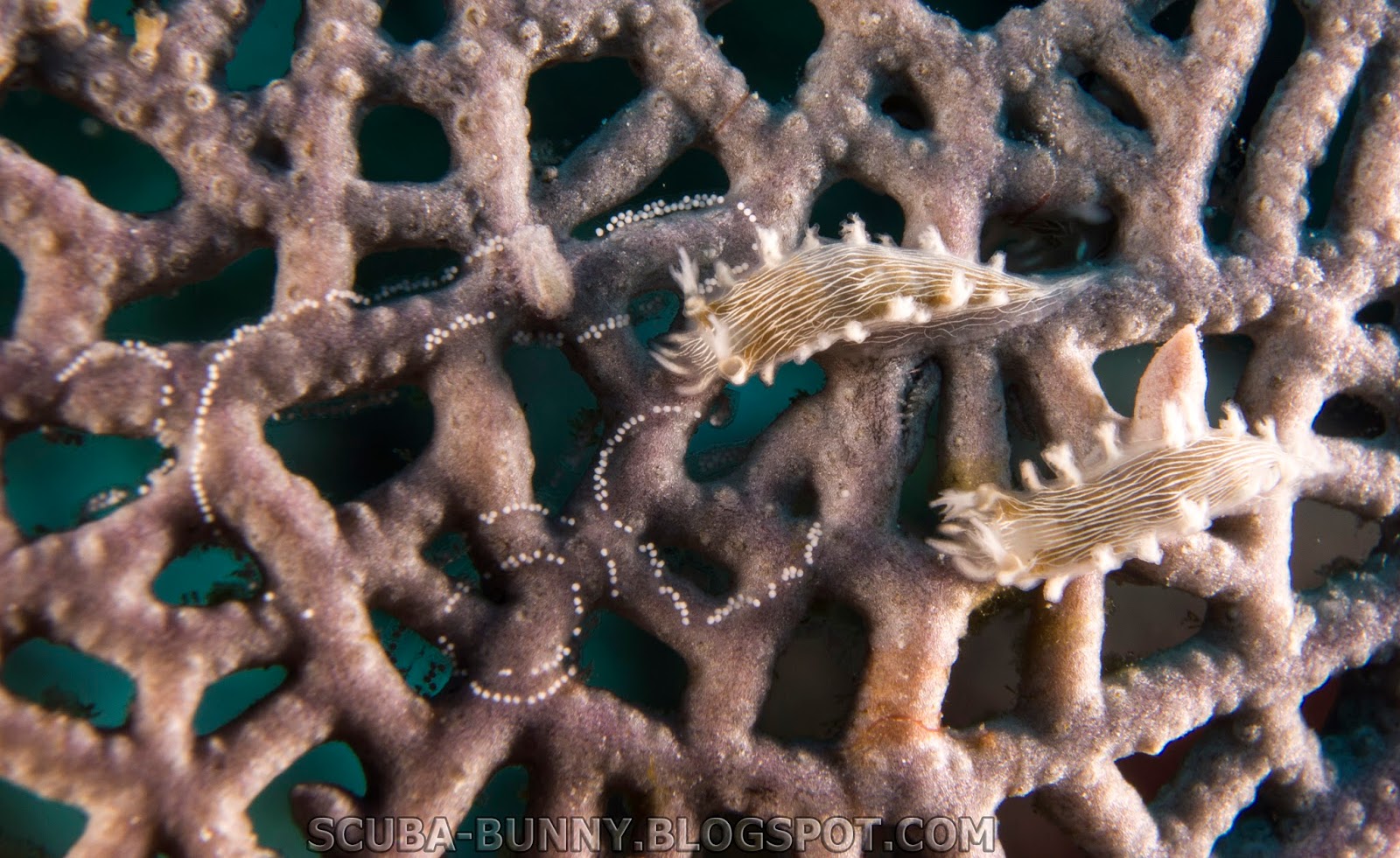 Not to mention there was a nice mature spotted drum hidden back among the nooks and crannies. 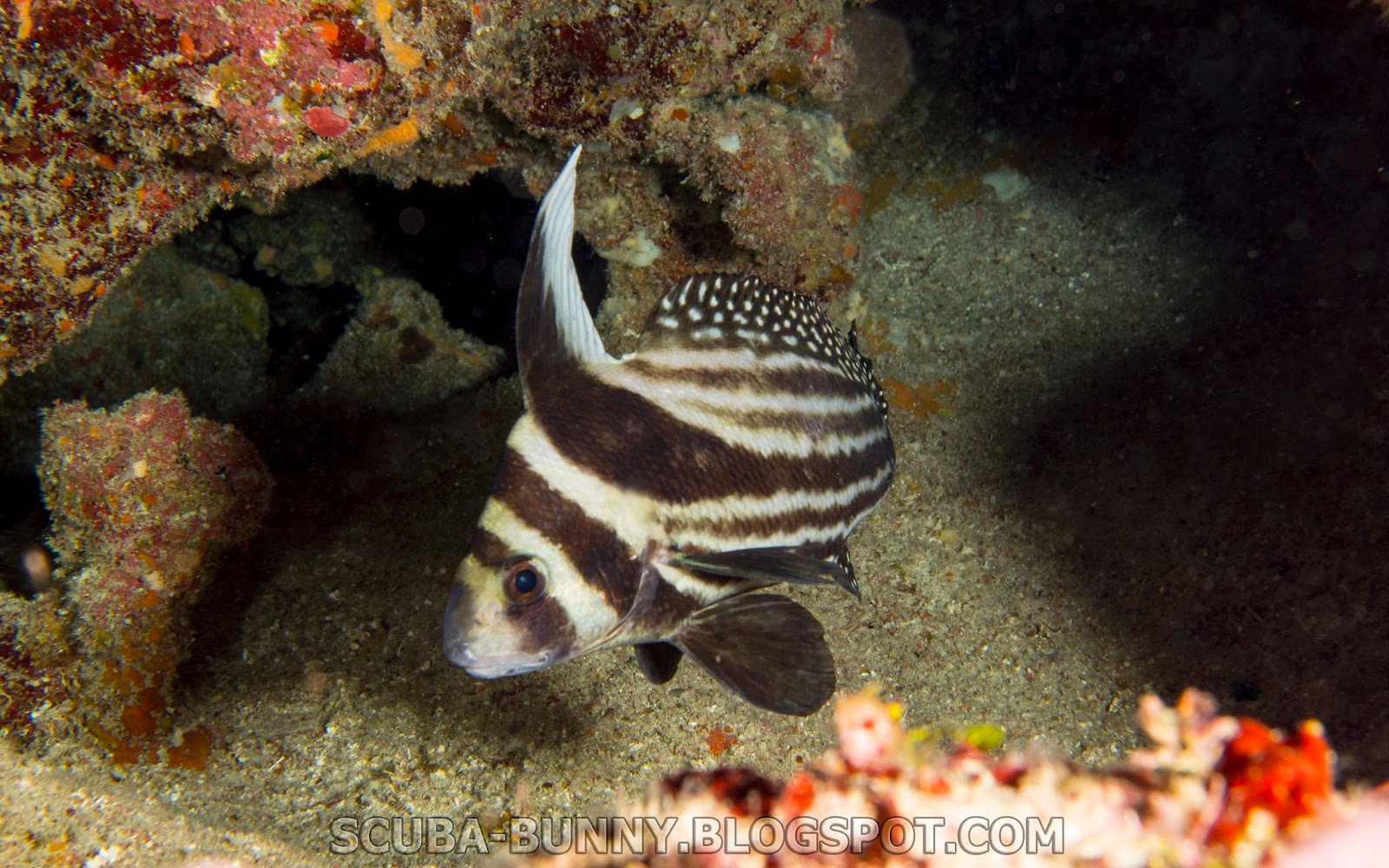 And lets not forget the blennies, with some fine examples of the rough head variety which were happy to come out and play with us. 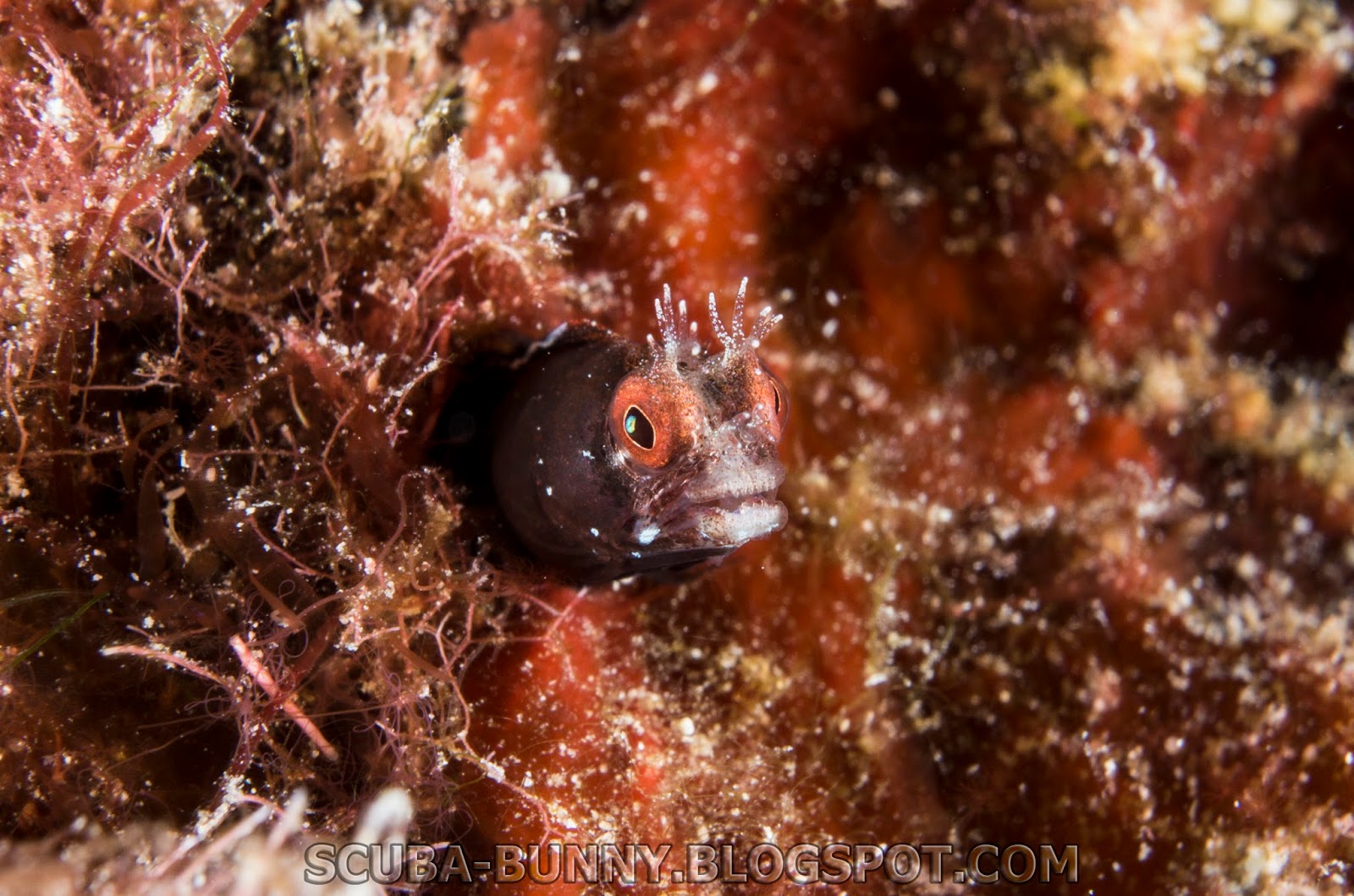 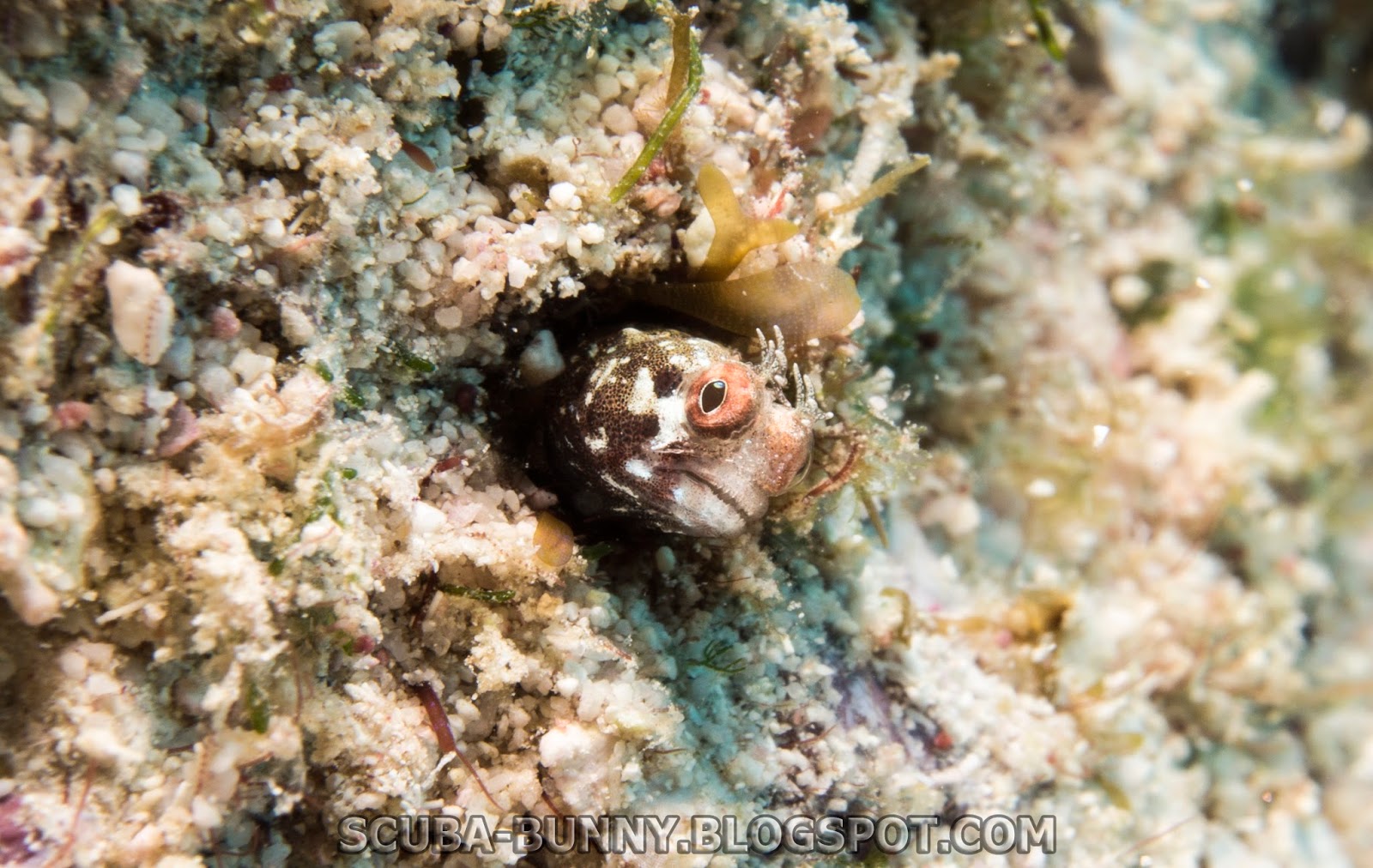 As well as the obligatory flamingo tongue cowrie close up not to mention a nice bristle worm hanging for grim death in the surge. 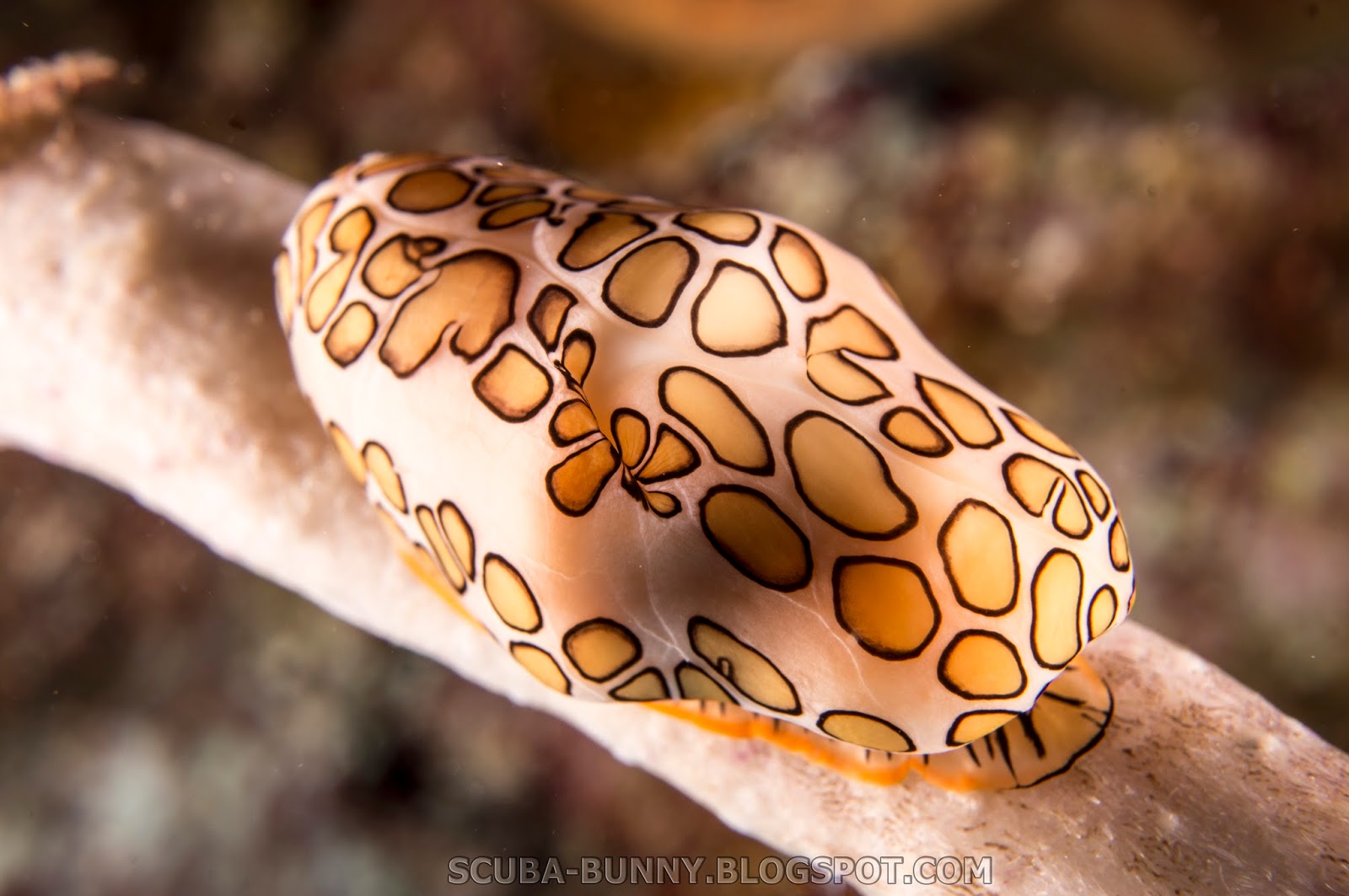 There was a double surprise was towards the end of the dive though as I was heading back towards the boat I caught a movement on a rock outcrop and found a lovely little painted elysia scampering along like a gazelle. If nudibranchs were gazelles. Anyway, you get the idea, it was moving fast. 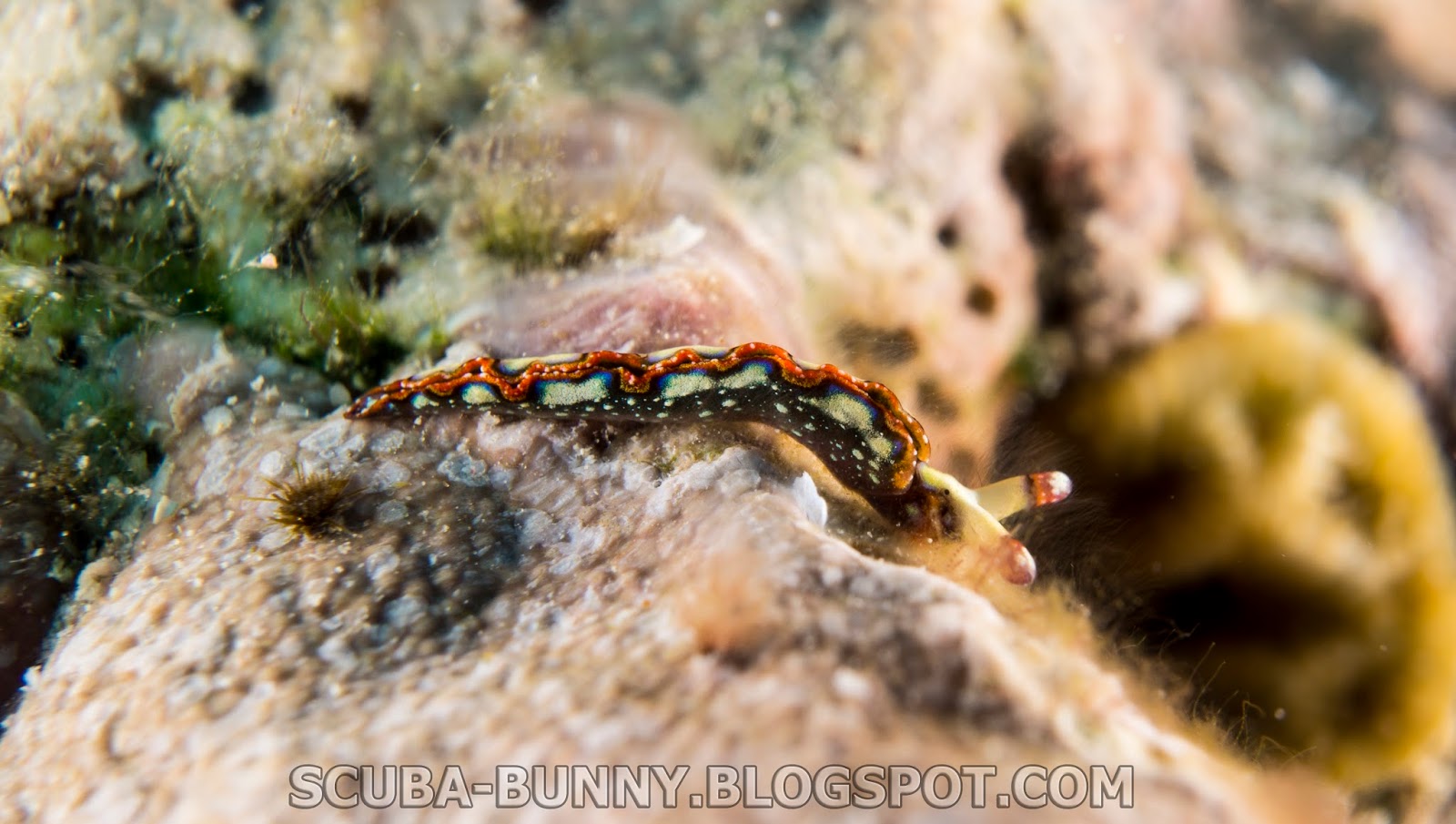 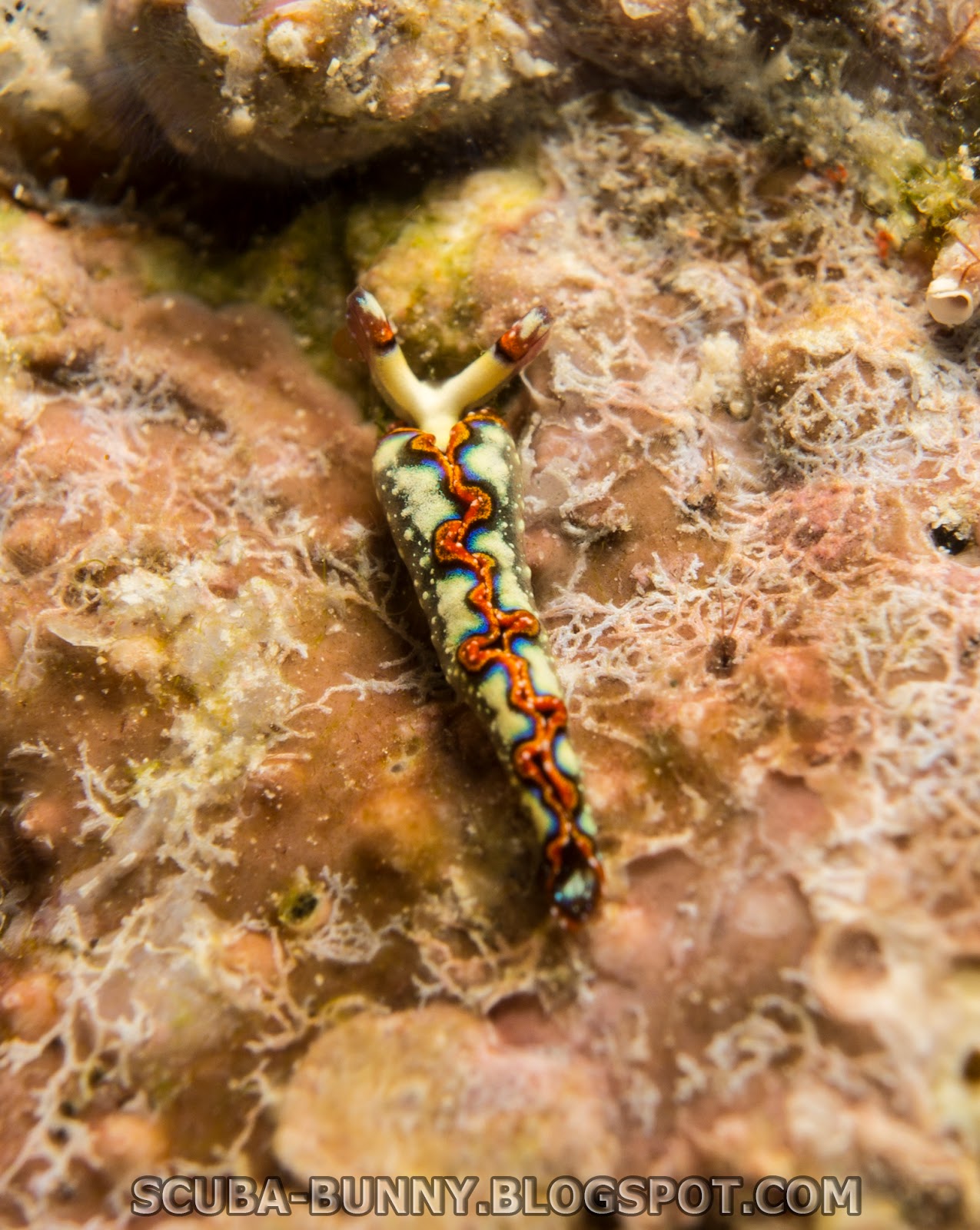 The second part of the double surprise was as I was taking the shots of the elysia, there a shadow pass behind and over my head, which after a few seconds I registered as a Caribbean reef shark as it cruised off over the reef.

This was quickly followed by a nurse shark and then we had the pair of them cruising around us for the last part of the dive by which time everyone else had left the water so we had them all to ourselves.

Selfish I know, but hey, I love my sharks as much as I love my nudis. My only regret was having the macro lens on as I didn't expect to see anything big here. Just goes to show, you never know what your going to see on dive. 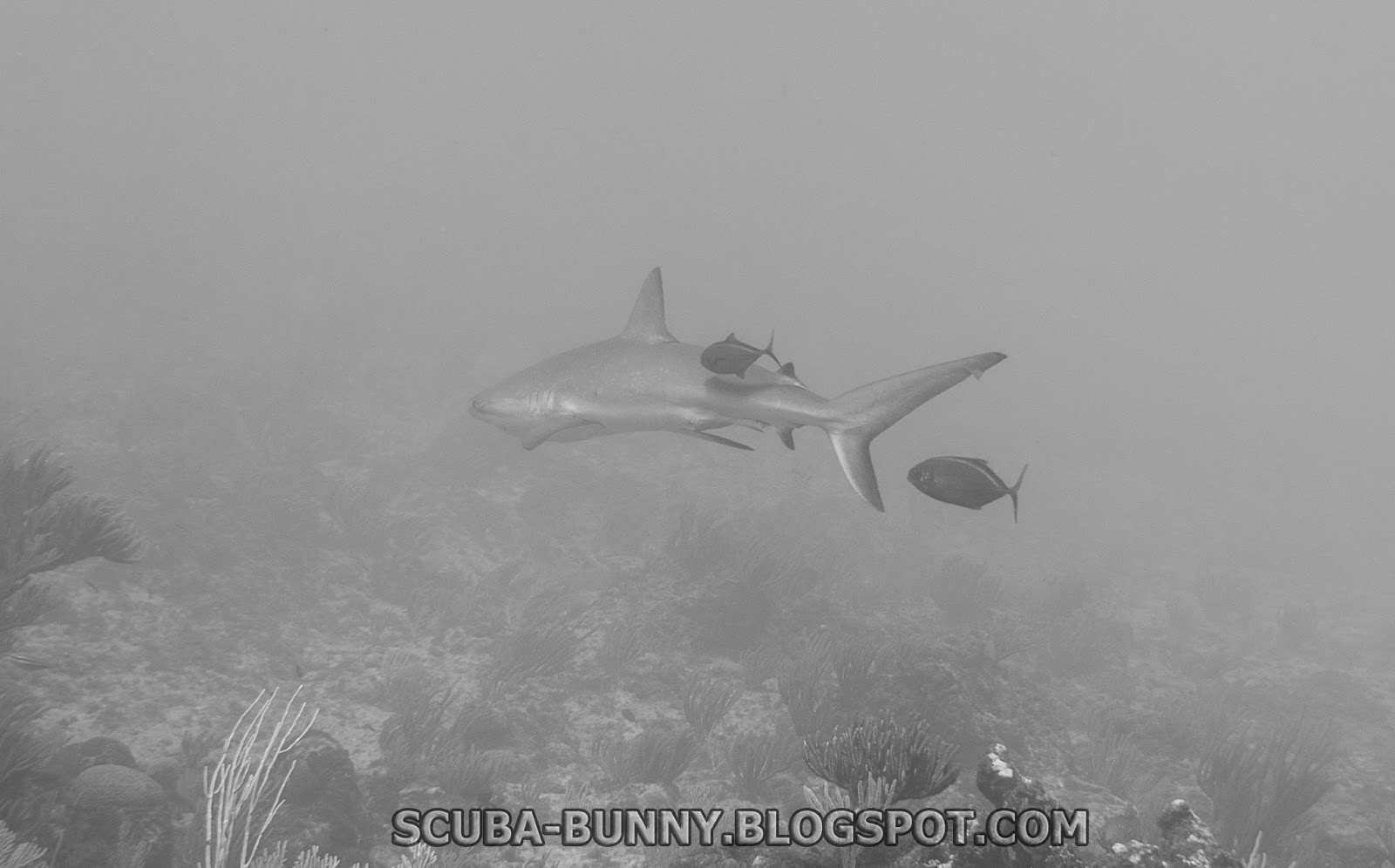 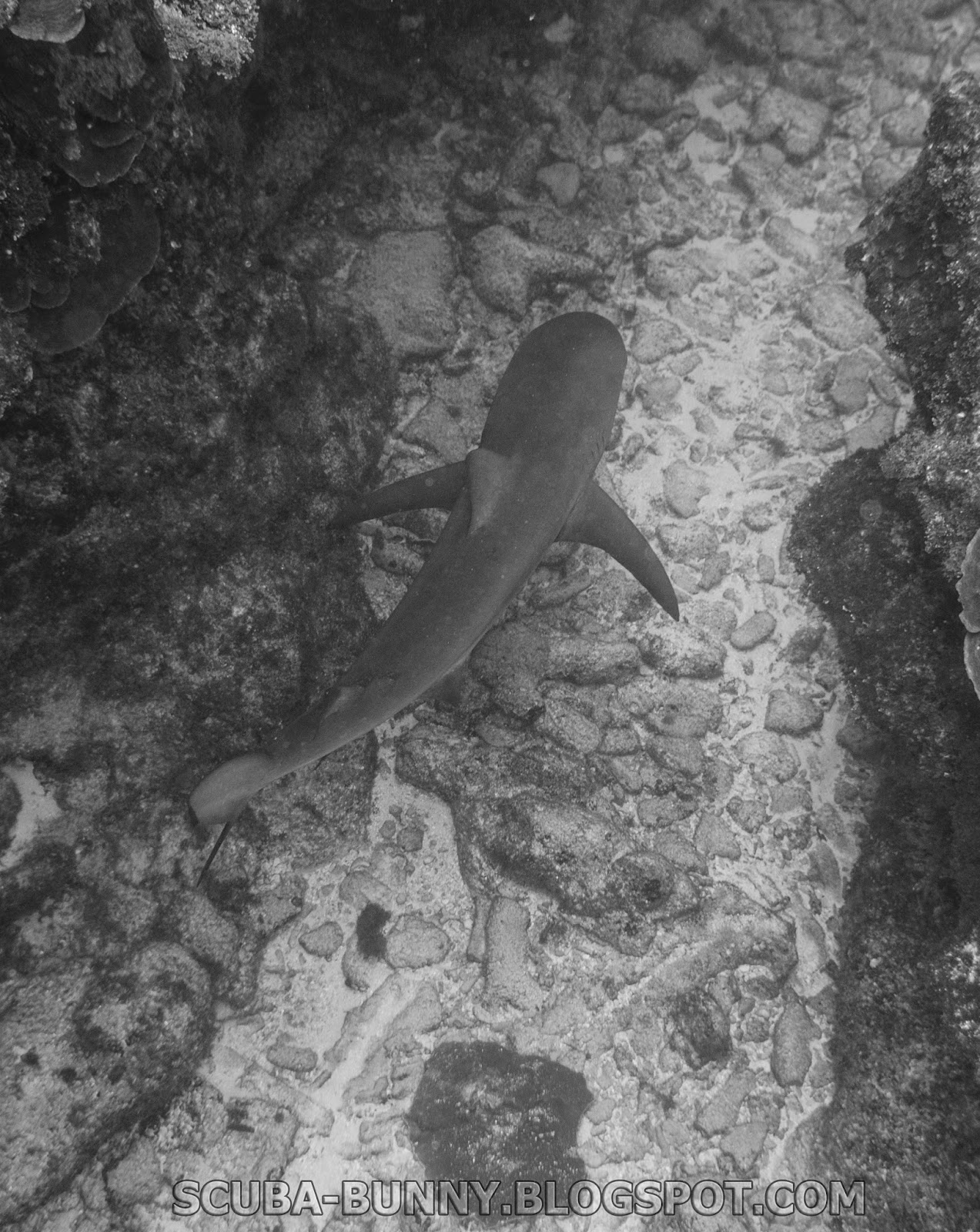 Thanks as always to Captain Nat, Captain Nige and young Sarah for putting up with us again.


Posted by Simon Morley at 19:17 No comments: Links to this post