Work has gotten in the way of regular diving activities during this festive period but I think we've broken the back of it now so it was good to get back into the deep blue on the East End with Captain Nat, Captain Nige and new girl (not captain) April with our friends at Tortuga Divers. 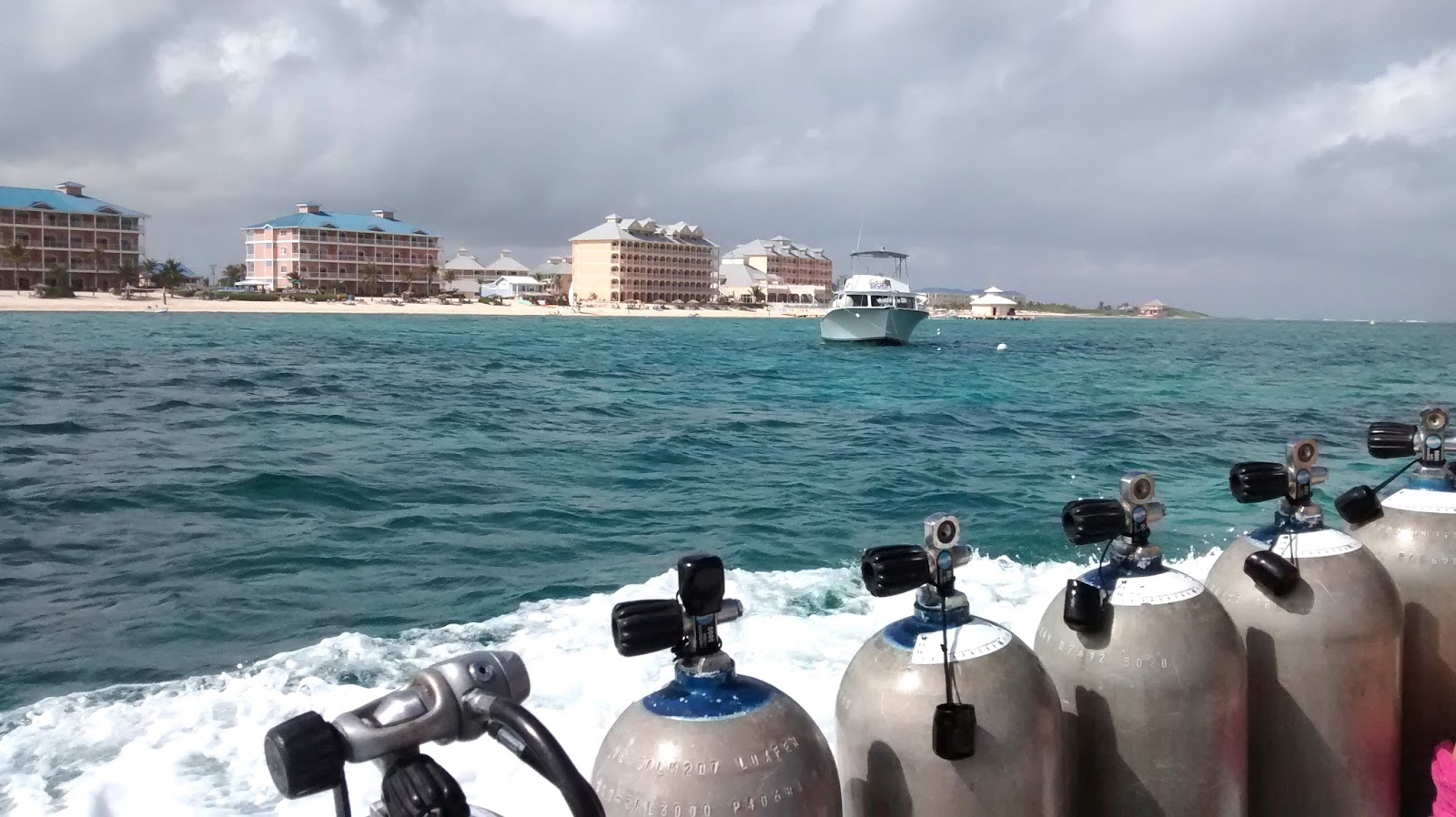 Forcast for the day was a 6 knot NE with gusts up to 12 knots, which pretty much how it was with 27 degrees in the water which is the coldest I've ever seen it here but its still a little warmer than diving in Scotland right now (am I right, 633068?).

Nat took us off to the South side today to a site called Pat's Wall, which we've never done so I was keen to see how it would compare to our regular favourites. There was a mild Easterly current but nothing to right home about.

With a deep cut running out to the drop off, we skimmed over the top to avoid any traffic jams, not to mention that my camera arms are wider than a Vanguard class submarine!

There was some excellent examples of large fan corals all looking to be in good condition not to mention some really nice rope and barrel sponges sitting out on outcrops dotted along the wall. 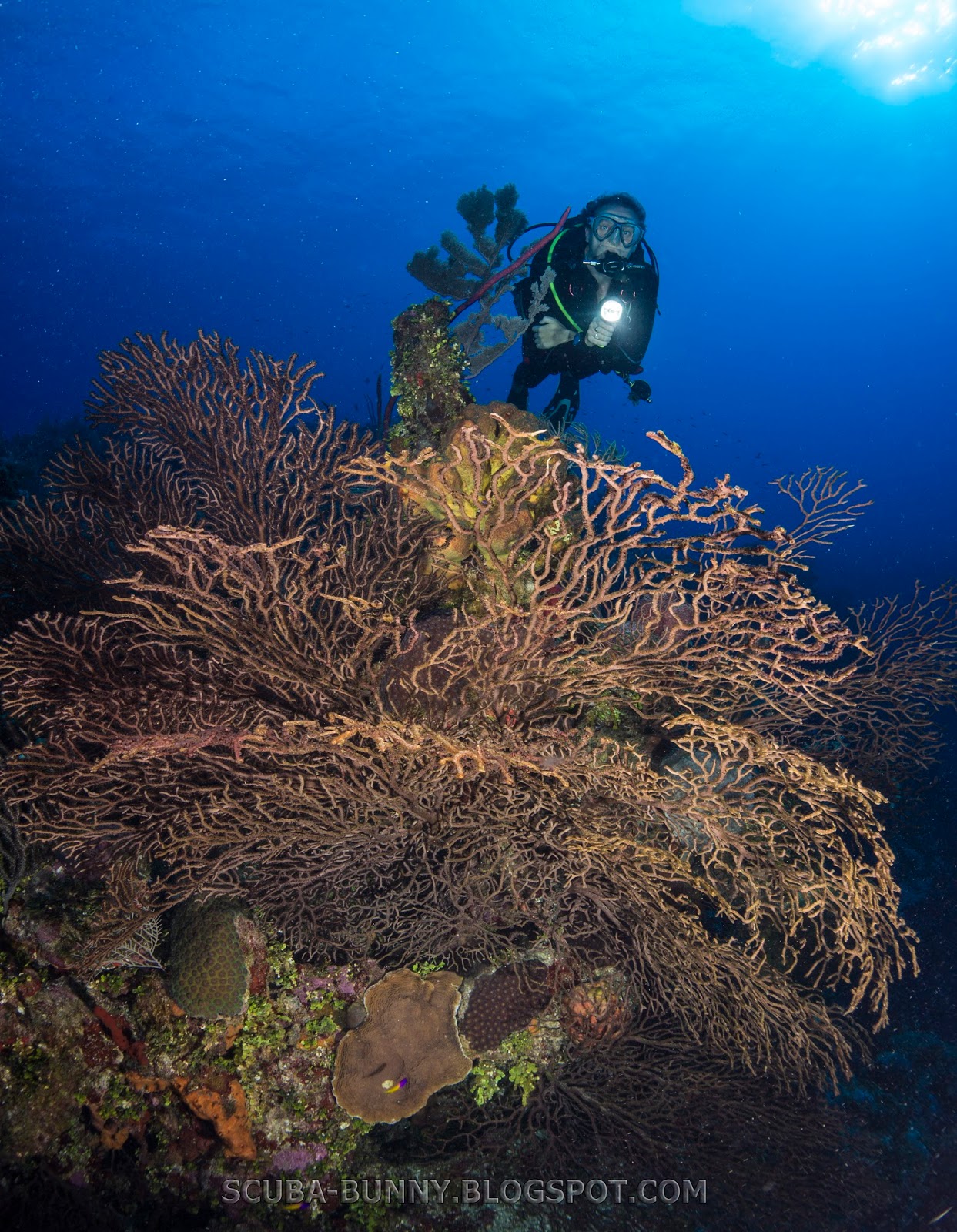 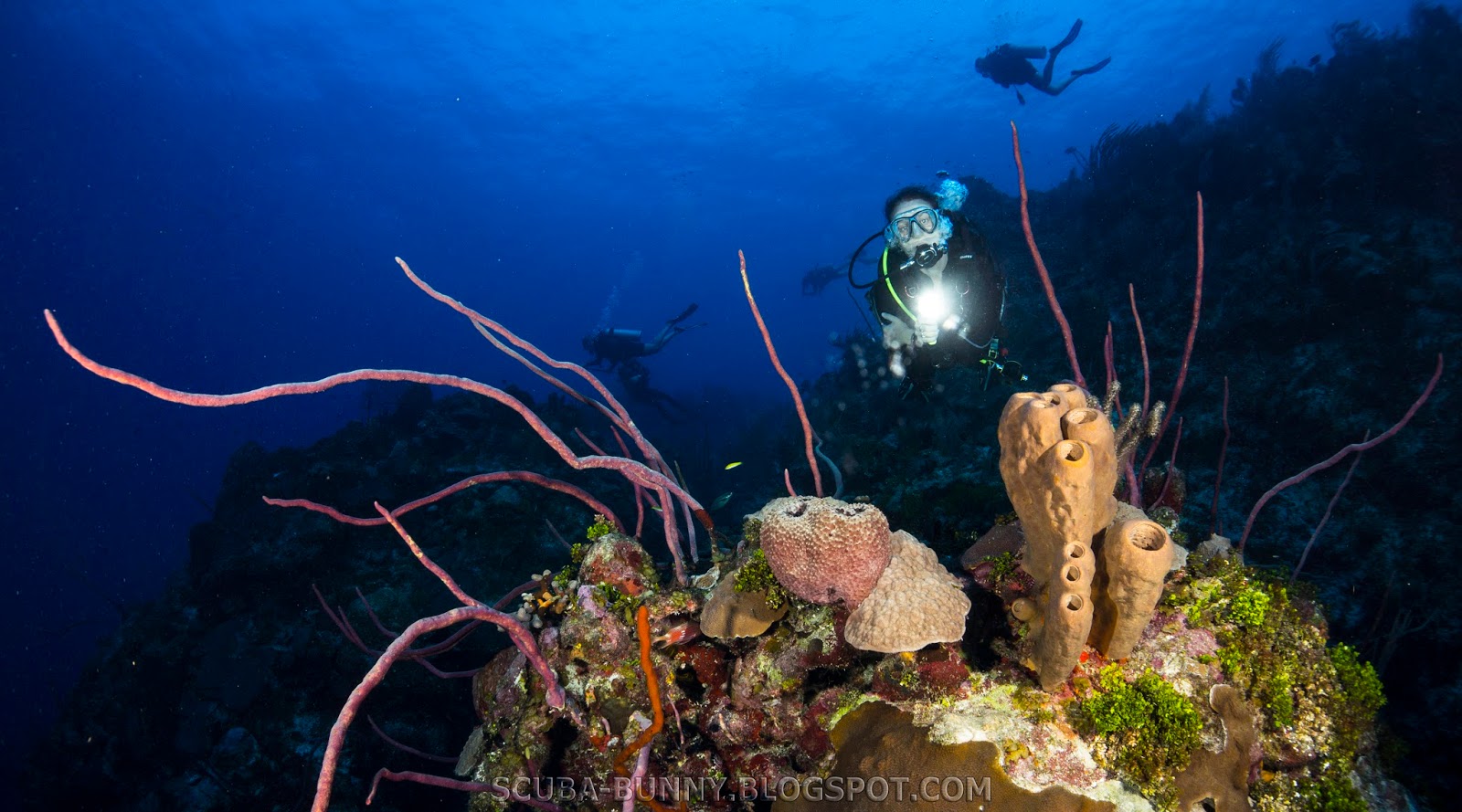 Part way through the dive, we had a visit from an inquisitve lady in grey and as the dive progressed we had more and more of her friends checking us out, which made for some great diving even though it did push me right deco limits, but it was worth it with three sharks circling us and taking turns to get up close and personal with the camera. 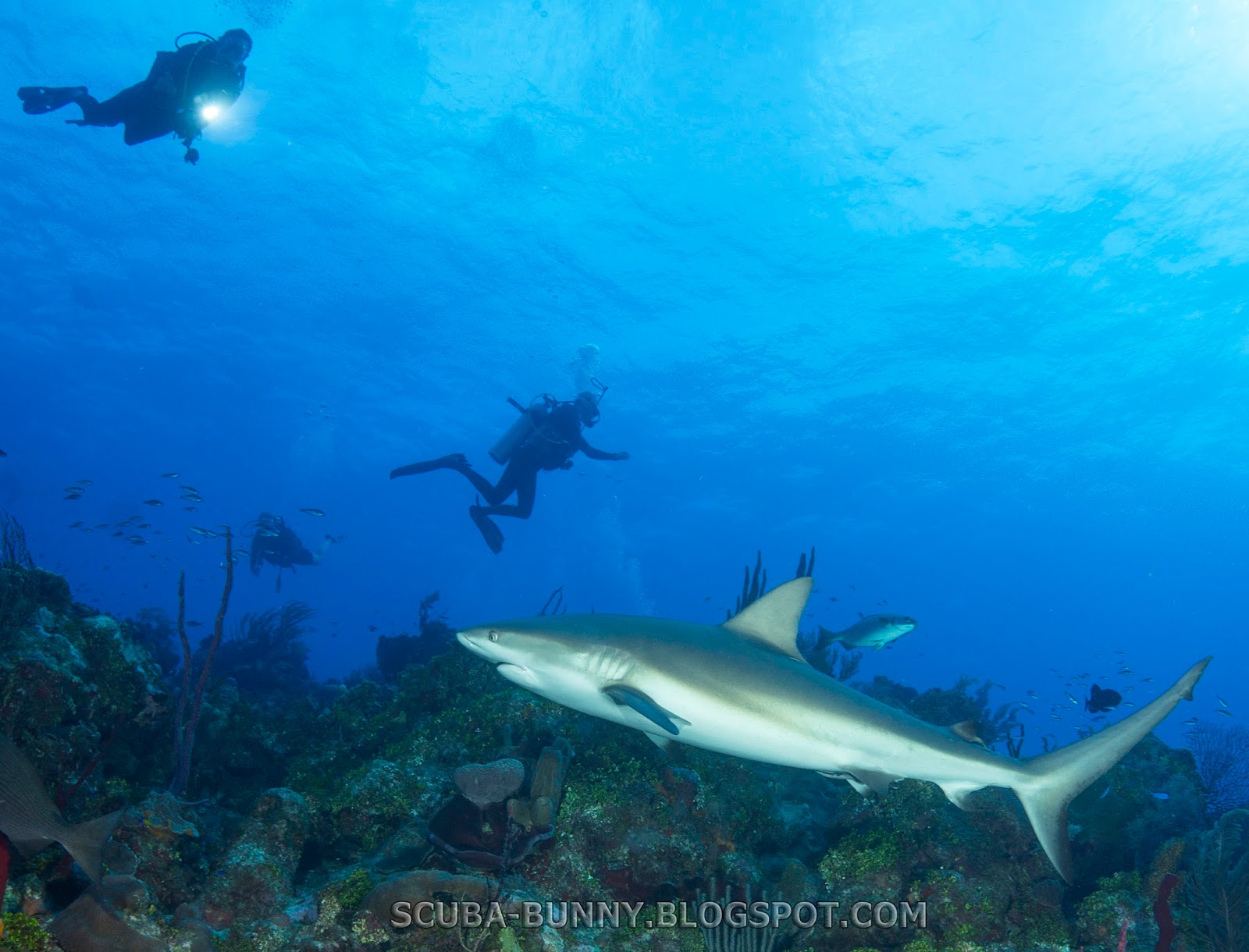 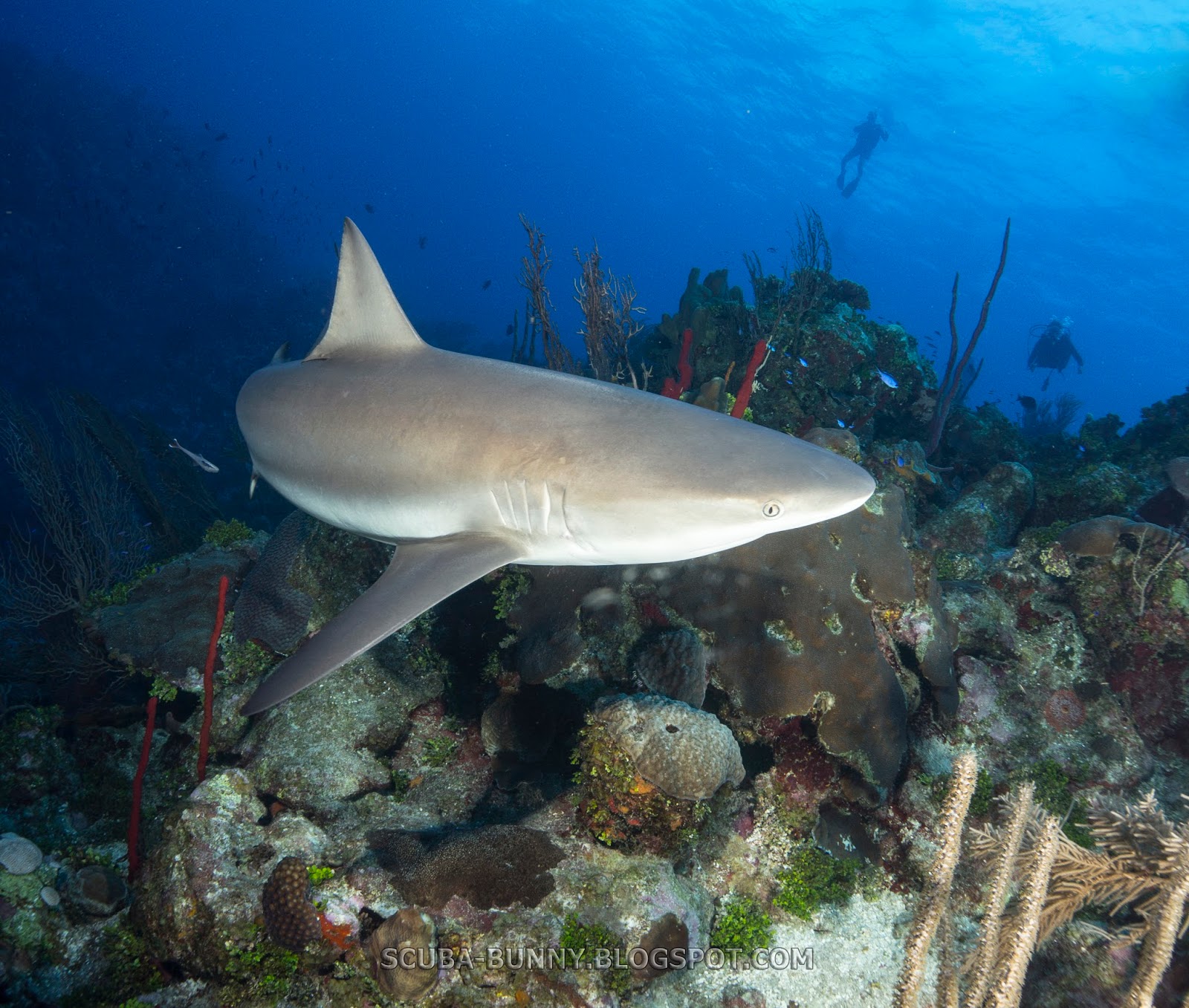 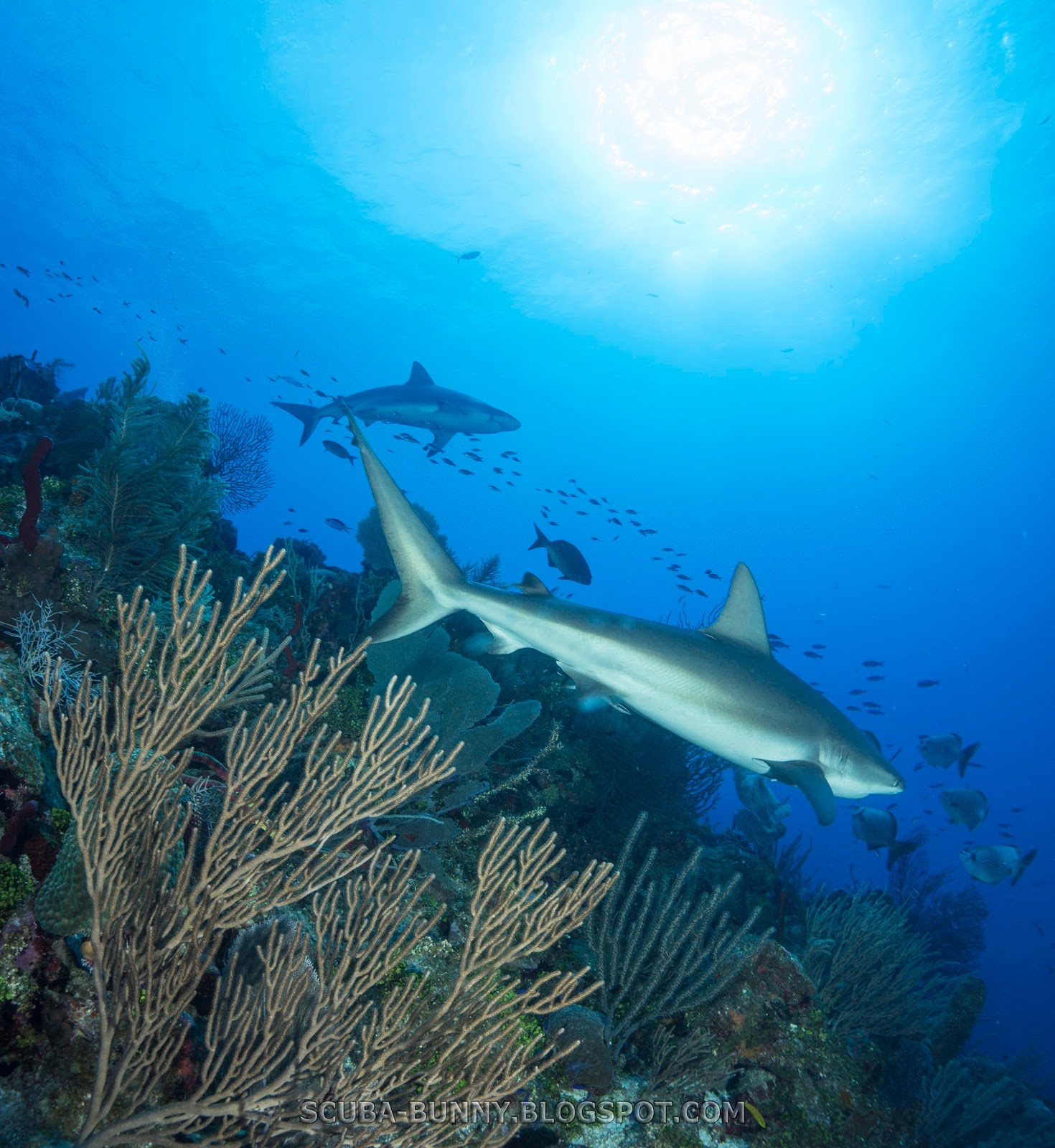 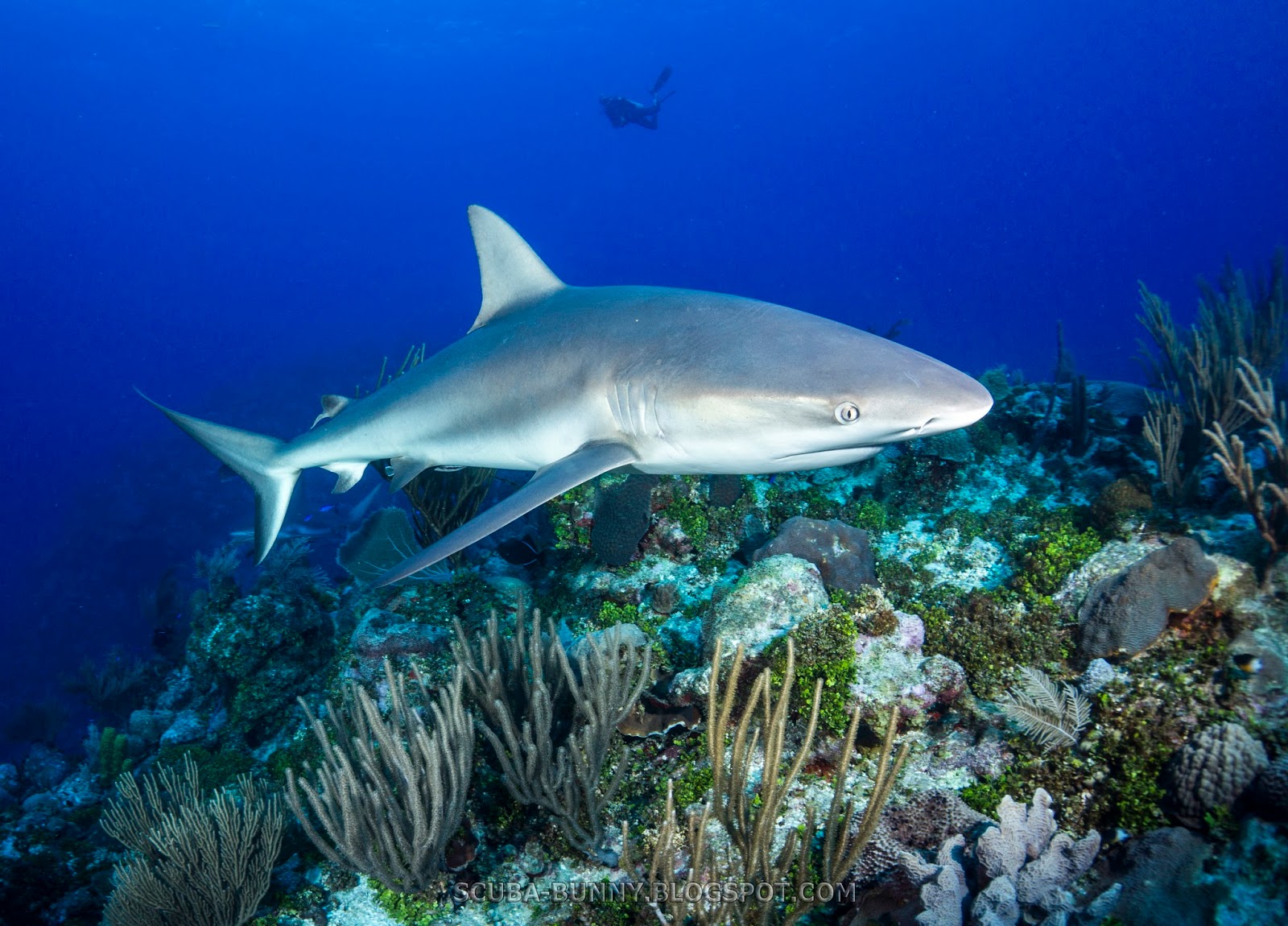 After all the excitment it was a bit difficult to back to just looking at the scenery but it was still nice with big shoals of fusiliers, tang, triggerfish, schooling barracuda and jacks blotting out the top of wall. 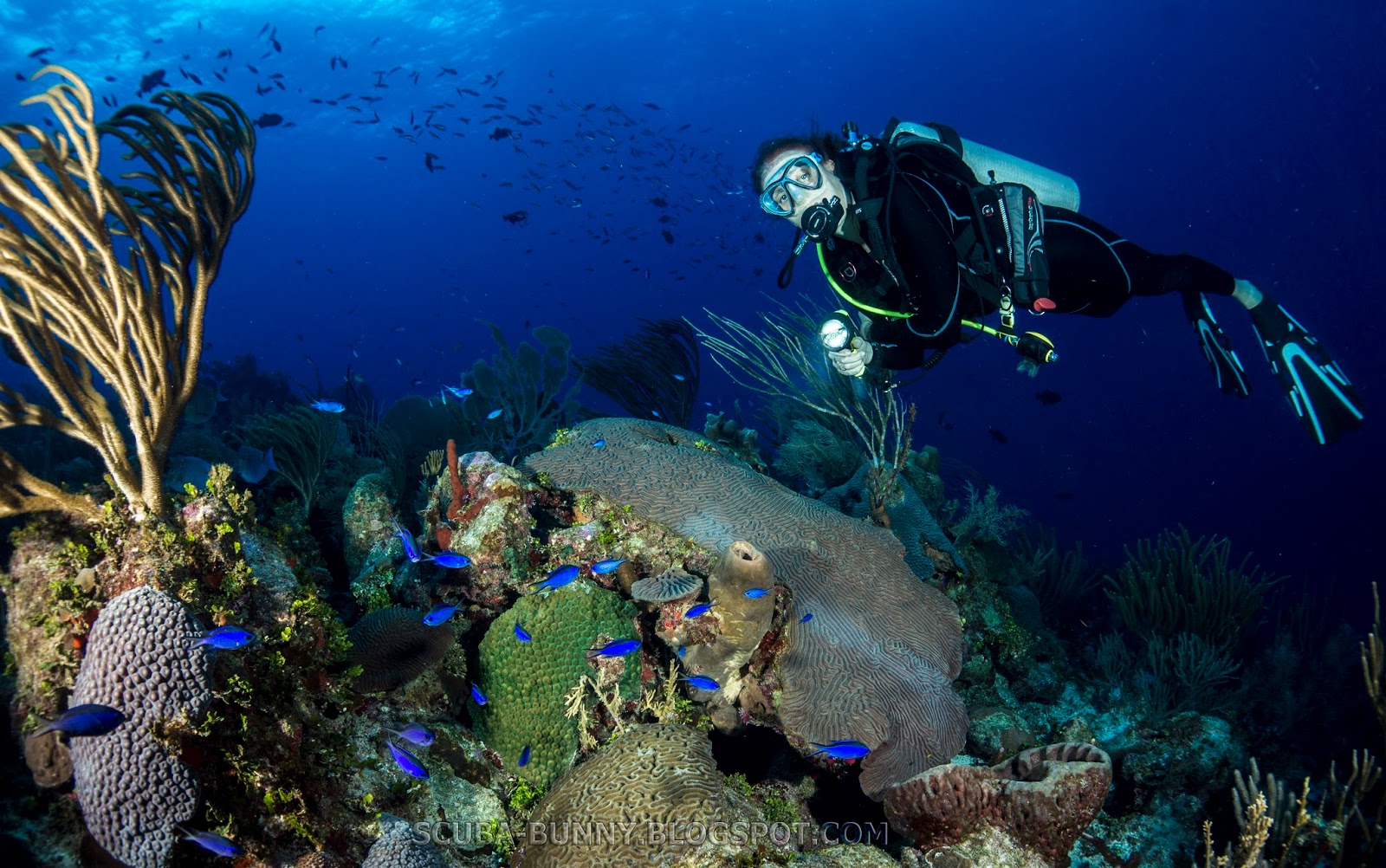 We motored off round to Anchor Lodge which I vaguely remeber having done before but couldn't remember it exactly. It was a nice little shallow dive but the surge was picking up a bit which made things a little tricky shot wise with nothing to brae against and making sure the rig didn't bounce all along the reef.


It was hard work finding the small stuff but there were some fine examples of gobies and blennies, particularly the female red banner blenny, but I am ashamed to say that my keen eyes failed me when It came to finding my beloved nudis, I just couldn't find one. 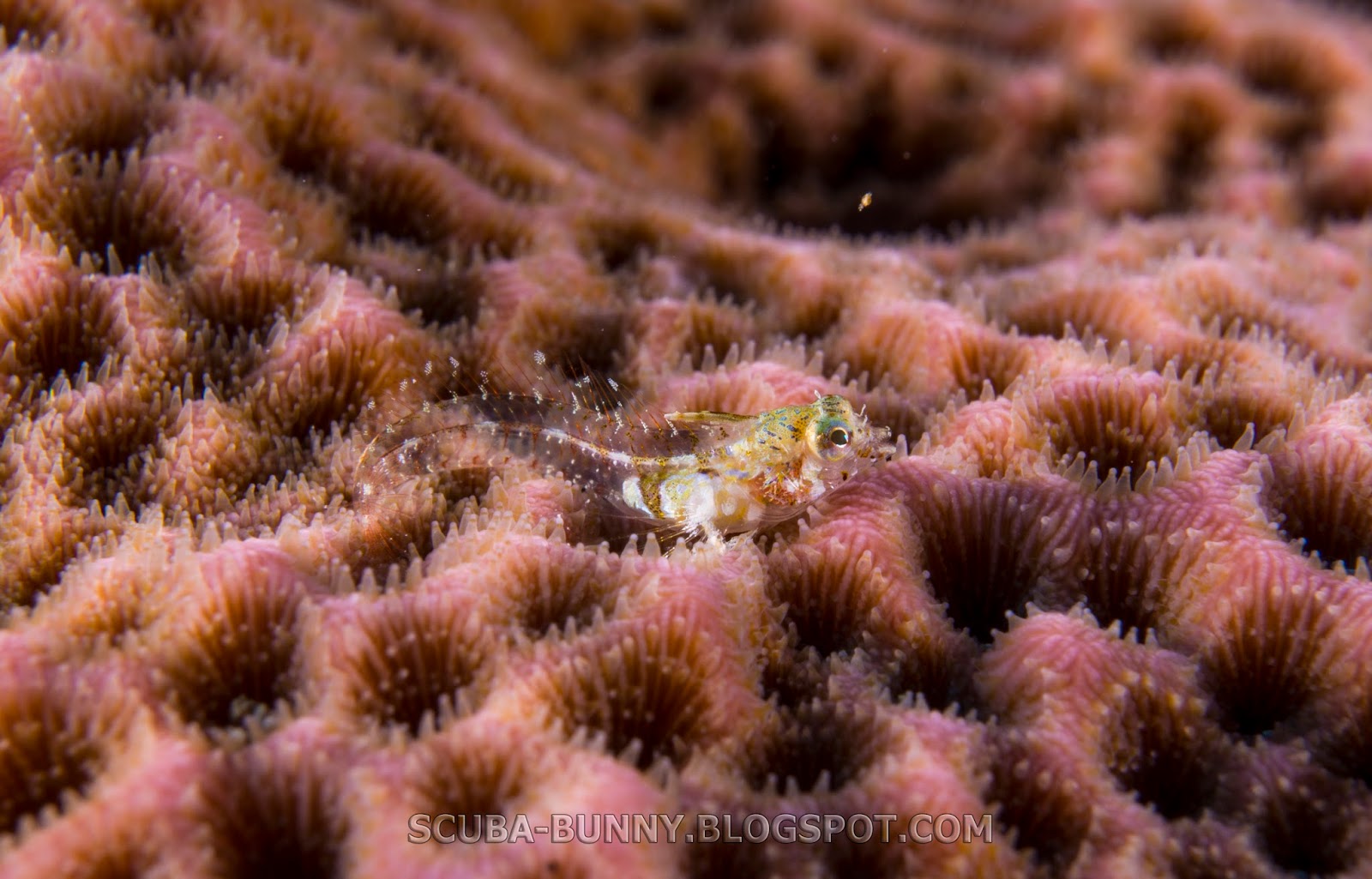 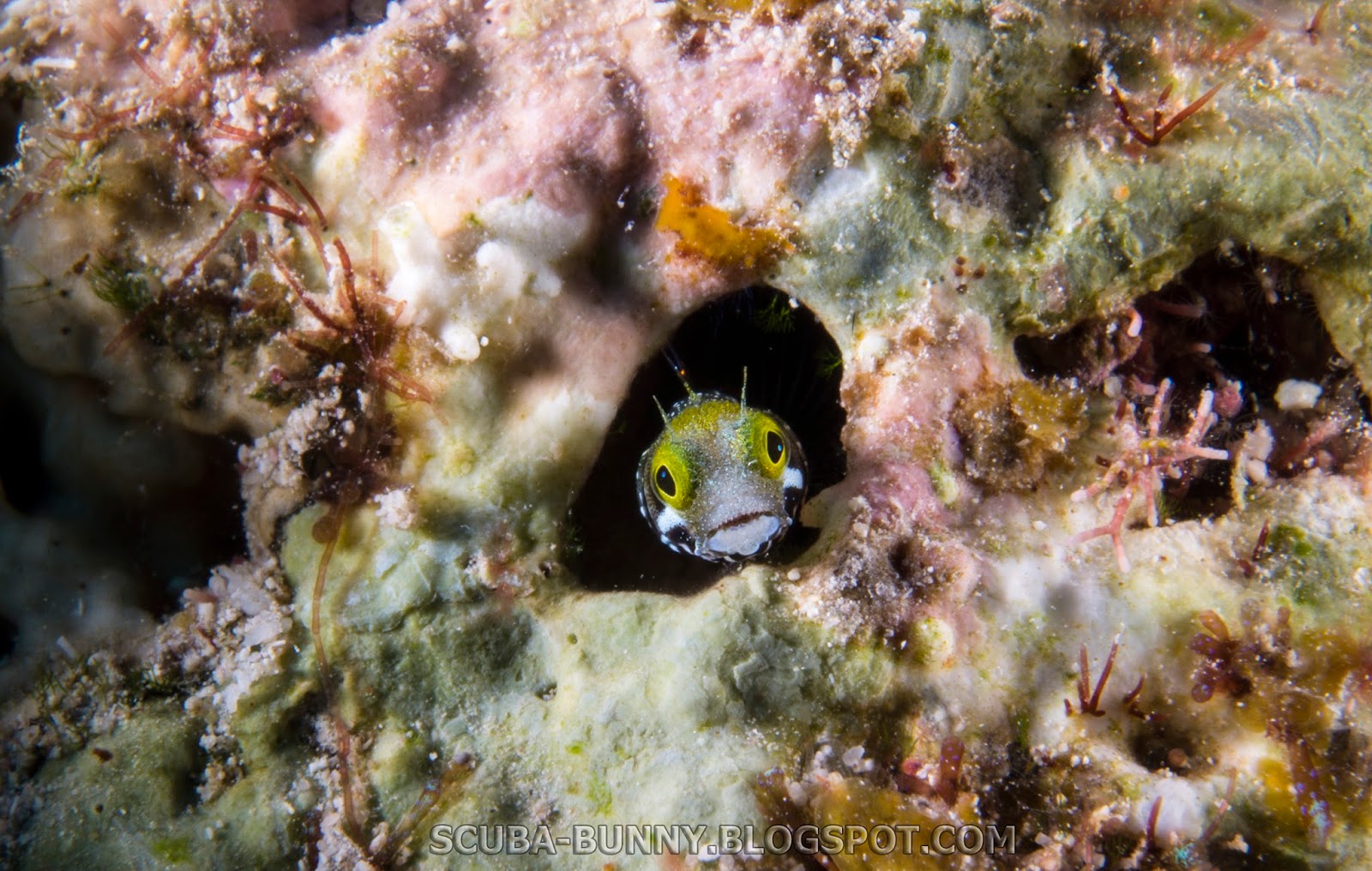 I also managed to find a lovely little shrimp sitting on a cup coral which made a nice colourful shot. 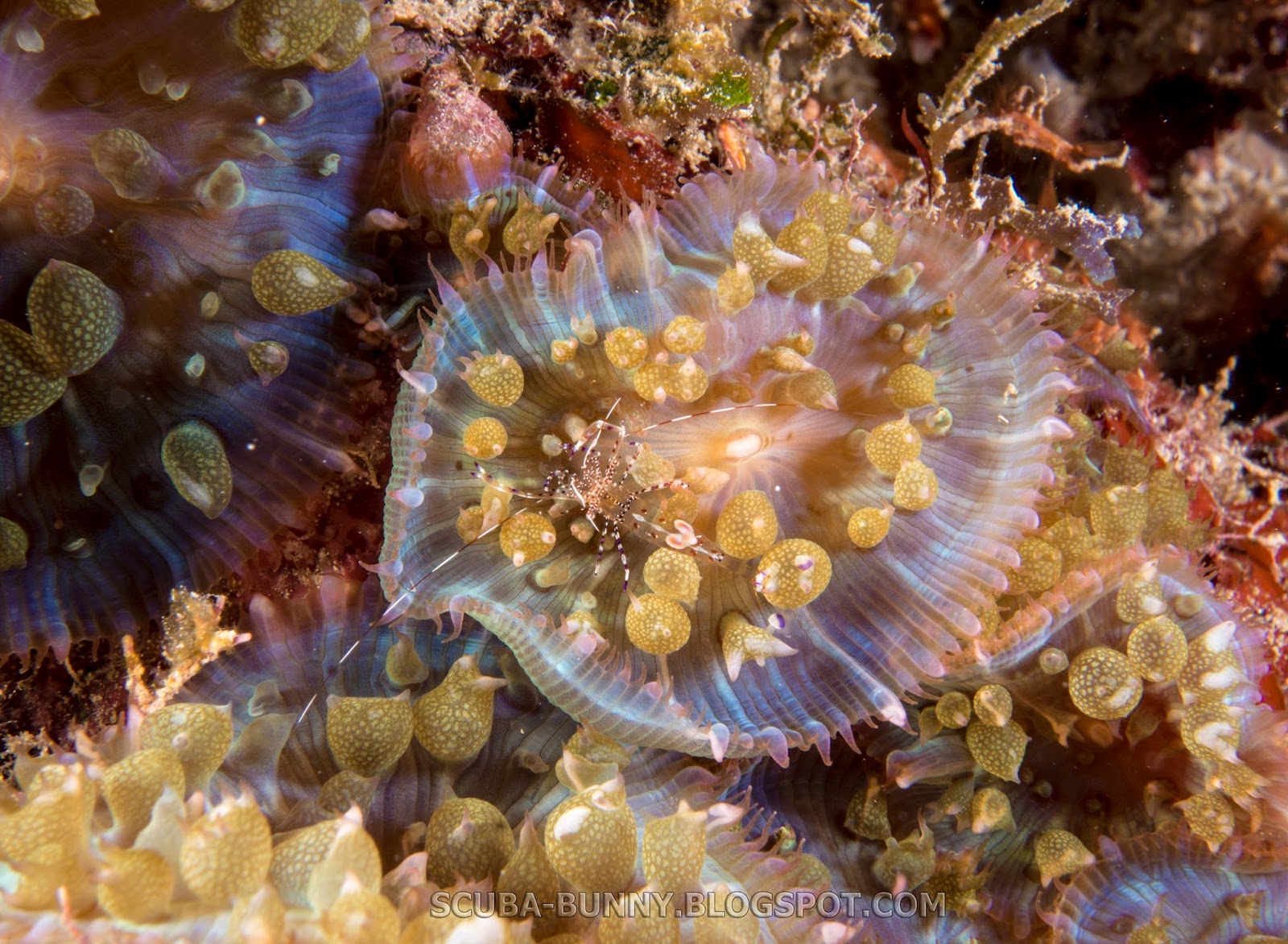 There were a few rays cruising around but they were all off in the distance which made for some poor off the cuff shots. Wrong lens for the job unfortunately. 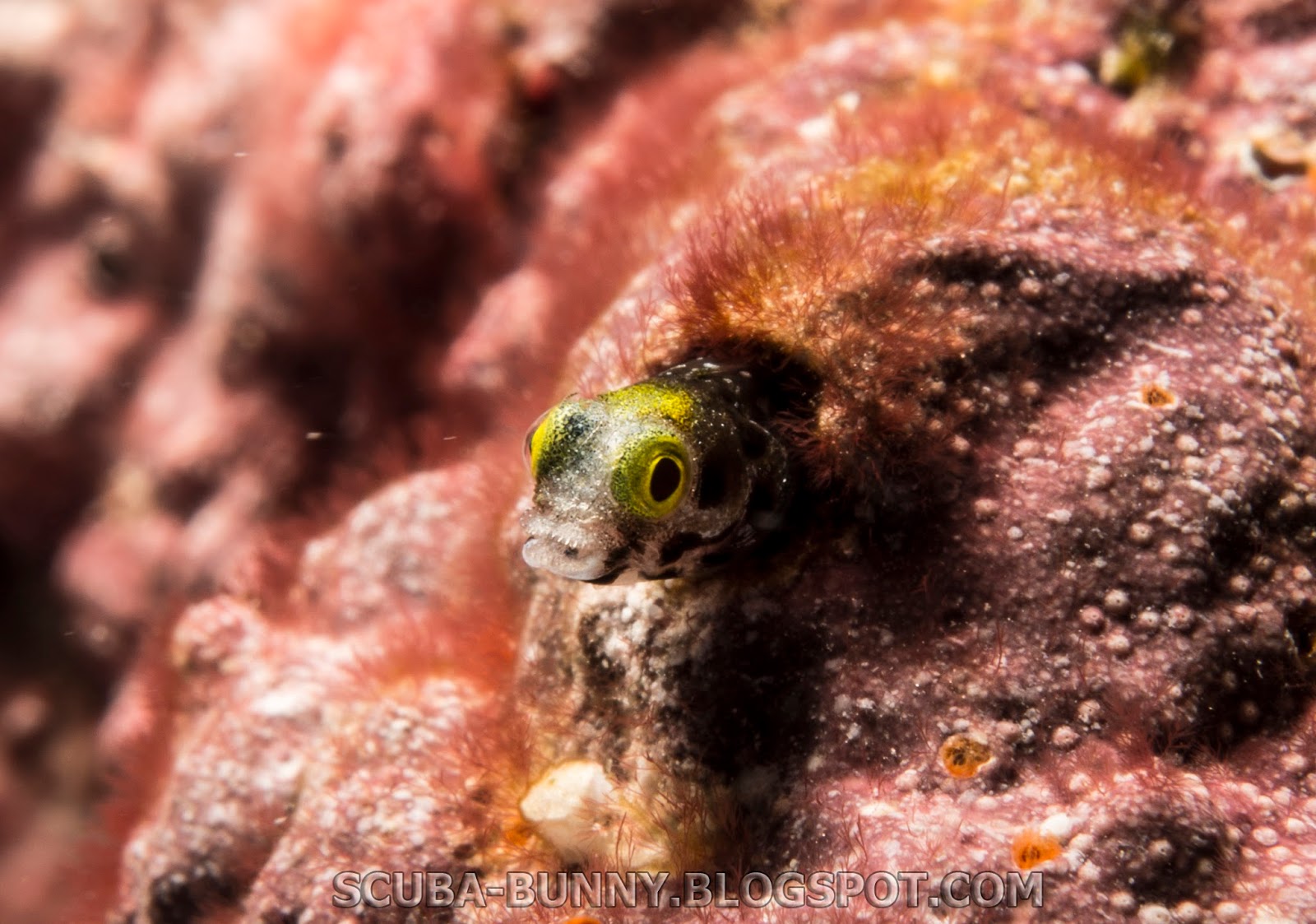 And it wouldn;t be and end to the dive without the obligatory shot of the flamingo tongue cowrie and a christmas tree worm because it is the season after all. Merry xmas and hae a great new year. Safe diving everyone!! 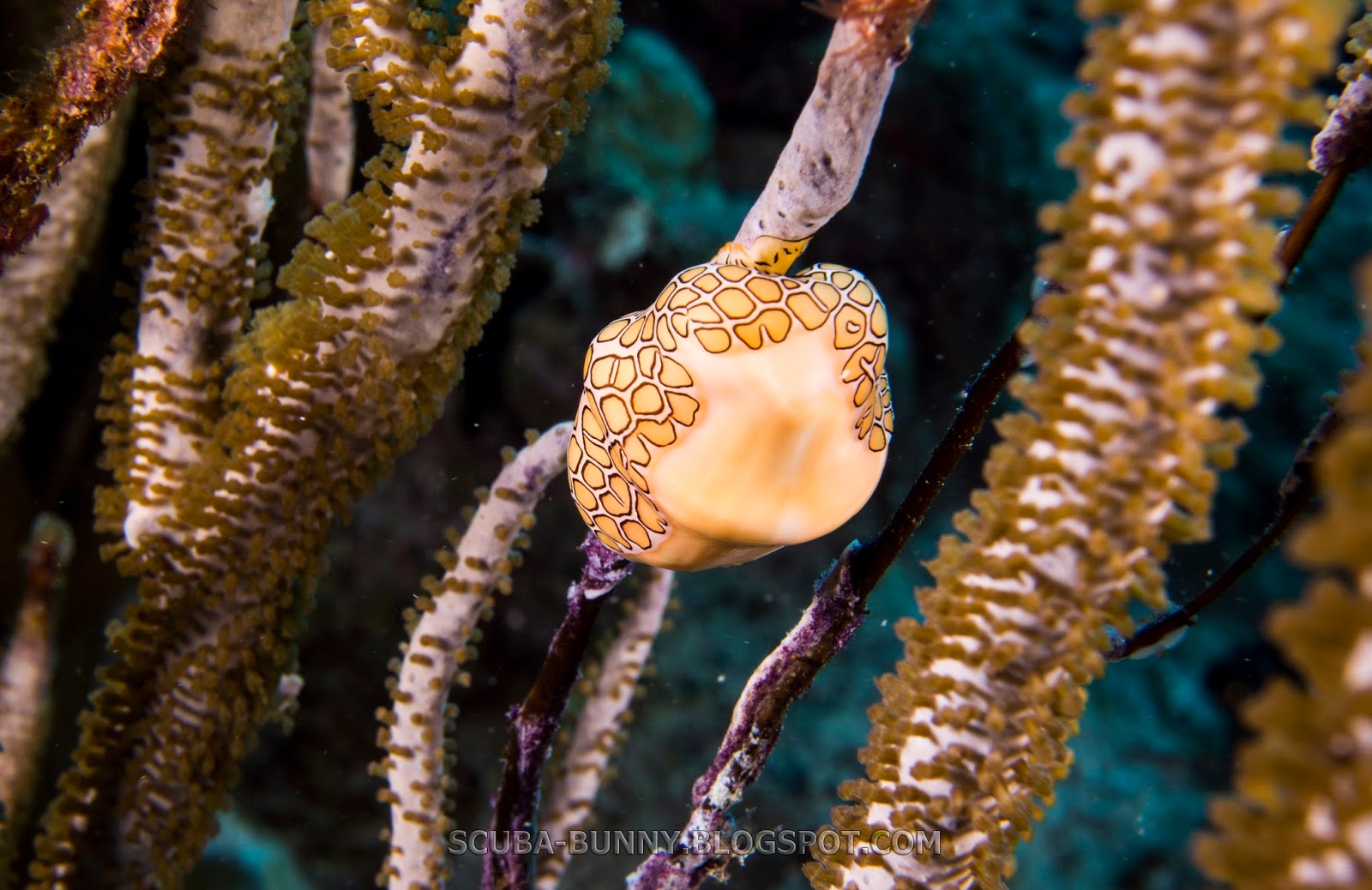 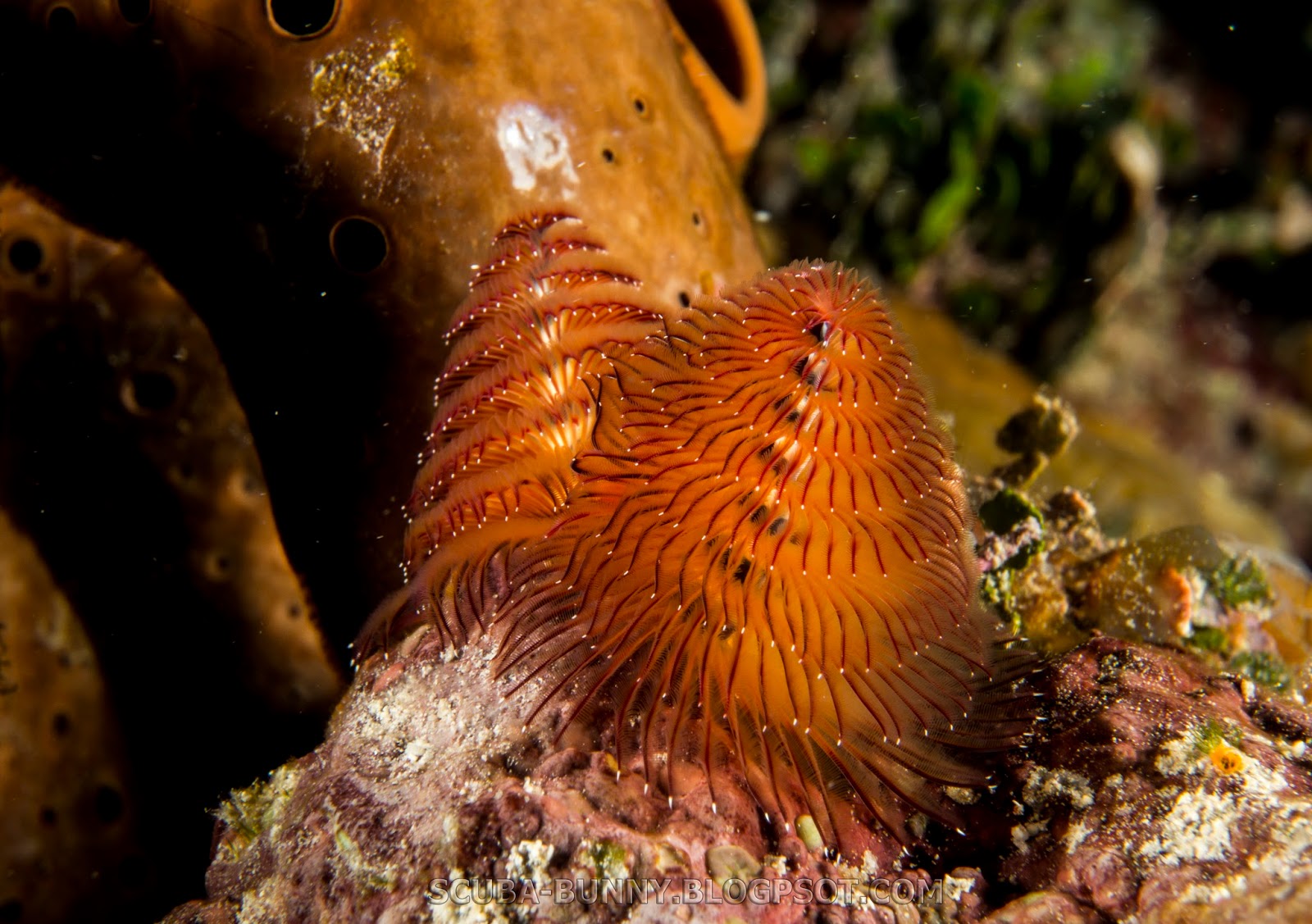 Posted by Simon Morley at 23:52 No comments: Links to this post

The incredible underwater footage being released just keeps on coming, this time courtesy of the Smithsonian who used a new underwater camer setup. Jump to 1.30 in the video if you want to skip straight to the good stuff.

"There's a mysterious predator lurking in the depths of Australia's wild Southern Ocean, a beast that savagely devoured a great white shark in front of cinematographer David Riggs 11 years ago. Riggs's obsession to find the killer leads him to an aquatic battle zone that's remained hidden until now. Here, killer whales, colossal squid and great white sharks face off in an underwater coliseum where only the fiercest creatures of the marine world survive."


Posted by Simon Morley at 12:09 No comments: Links to this post 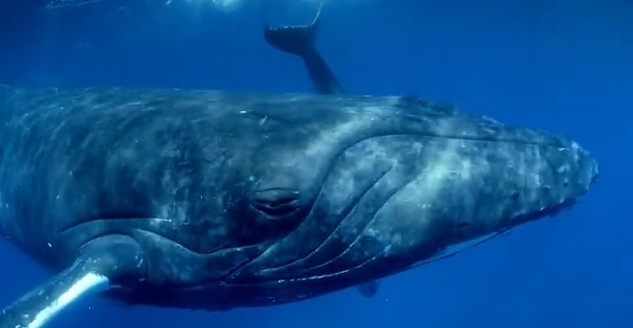 First sharks, now whales. We have a new film hitting cinemas soon, including IMAX (which would be spectacular), narrated by my fellow countryman, Ewan McGregor.

It's called Humpback Whales and it opens on Feb 15th 2015, a perfect way to celebrate Valentines, albeit a day late. How could anyone not love these things?


Posted by Simon Morley at 23:29 No comments: Links to this post

Here is some epic footage taken in South Africa of Great White Sharks leaping into the air and attacking fake seals. We get to see these incredible beasts in all their glory. The video below is stunningly clear and we pretty much see every angle of these ocean hunters in all of their glory.

Posted by Simon Morley at 12:24 No comments: Links to this post

Take me to the river

Now being a dive instructor and and ex-Sony employee, I love this. Diving and gadgets? whats no to love? 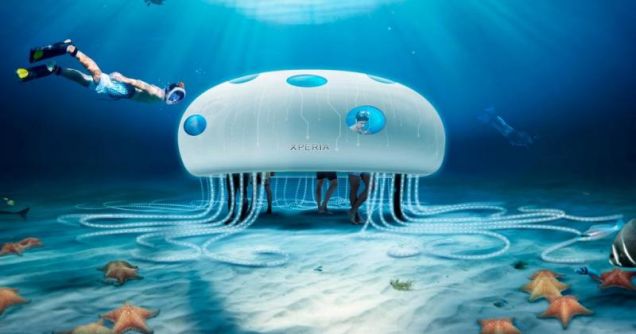 Some retailers believe that it's important to make their stores easy to find. They'll even pay a premium for space in popular malls or streets with lots of foot traffic. Sony is taking a different approach with its Xperia Aquatech Store, which is underwater.


This is a marketing gimmick to drive home the point that Sony makes waterproof devices, but it's an admirably over-the-top (or, I guess, under-the-sea?) approach. The Xperia Aquatech concept store is only open 4 meters underwater in Dubai for three days.
Sony provide scuba training, dive guides and a boat to help people reach the store.
Link: HERE 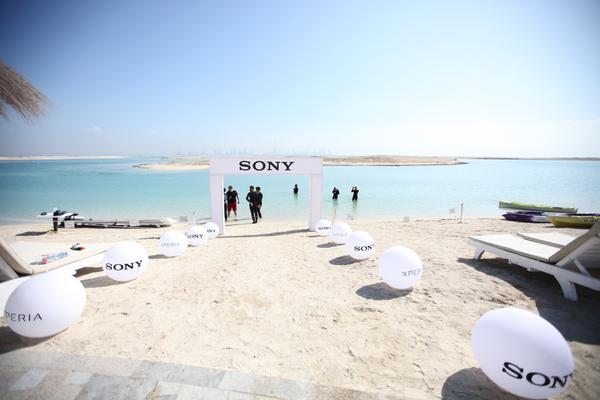 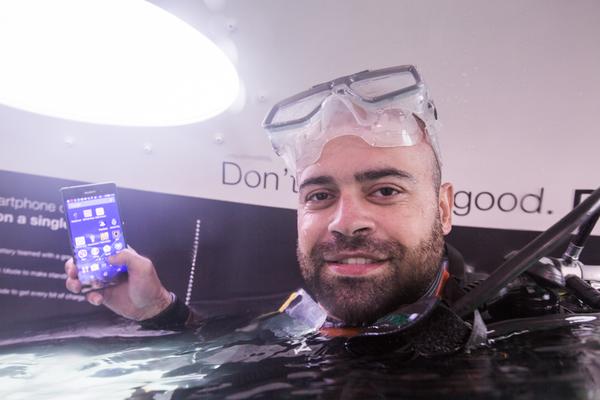 Posted by Simon Morley at 22:52 No comments: Links to this post

The ocean is an inhospitable place for soft, land-based human bodies. It's dark, oxygenless, and, perhaps most intractable of all, really cold. At the pressure of certain depths, neoprene suits will compress and lose their insulating power.

The air in tanks also gets cold, so divers become chillier with each breath. But in the 60s, the Navy thought they had an ingenious solution to it all: nuclear power.


Plutonium-238 is a byproduct of nuclear weapons production, but it also happens to be the ideal nuclear fuel for wetsuits—once you accept a nuclear-powered wetsuit is a good idea in the first place. It emits a lot of radiation, but only the kind that is easy to shield from. In this wetsuit design, almost a kilogram of plutonium-238 is placed inside a canister, where it radiates heat to a series of fluid-filled tubes lining the suit.
When the Navy actually tested the suit, it did not... work so well. "It is concluded that the system in its present state is incapable of maintaining thermal balance in a diver at depth, and its use under SEALAB III conditions would entail a grave risk of hypothermia".

Check more out inthe link below. 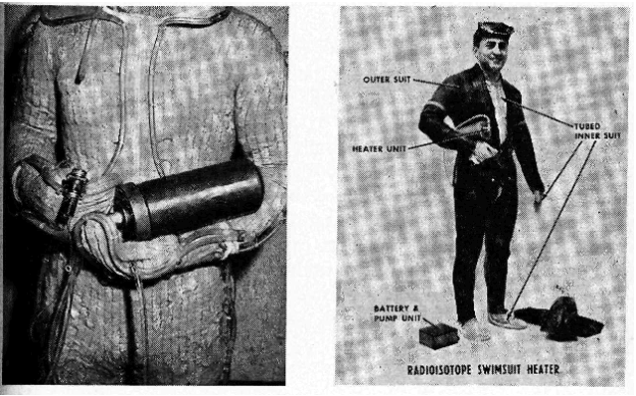 Posted by Simon Morley at 19:06 No comments: Links to this post