Interesting video on shark behaviour when interacting with humans. Now because this is on youtube, you may need to take it with a pinch of salt unless there are any shark experts out there that can confirm or deny the information contained within. Still worth a few minutes of your time. Embedded video below and youtube link below that for those that don't have flash enabled browser.

Bottom line, according to these guys, most humans don't have enough fat content for their liking and we're too bony for their slow digestive system. Also the risk factor for the sharks is too great for the potential gains in trying to eat us as there's more potential for injury, so we're not worth the effort. They're far more afraid of us than we are of them.

And quite rightly so. Using data on shark catches, discards and mortality rates worldwide, the researchers estimated that approximately 100 million sharks are killed per year by humans. However, they add that this is a conservative estimate, and the true number could be as high as 273 million sharks killed annually by humans.

No wonder they're afraid of us as we're systematically wiping them off the face of the planet. Next time you see a shark whilst diving, be grateful as at this rate, they could disappear entirely and that would be a tragic loss of epic proportions for us.


Posted by Simon Morley at 14:59 No comments: Links to this post

Mantis shrimp are amazing creatures. They can strike prey as fast as 330 metres a second, but some other mantis shrimp use a stabbing technique to kill. 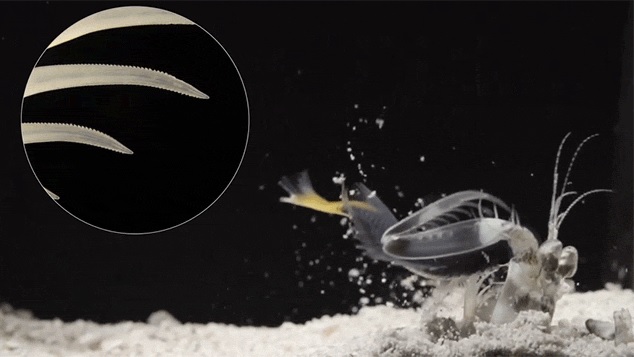 The little critters hide their body up to their eyes in the sand as they wait for a fish to swim by. When a fish gets close, the mantis shrimp shoots its body out of the sand, impales the fish with serrated blades, and then drags the fish back into the sand with it. All this happens in a matter of seconds, so it’s almost like the fish just disappeared.

With eyes that have six pseudopupils and 12 color receptors, they have exceptional vision compared to us. We only have two pupils and 3 color receptors. But beyond that, what’s really impressive is their ability to see polarization. Scientists have found that some mantis shrimp species use circular polarization to communicate with each other on a kind of secret visual channel for mating and territorial purposes.

Posted by Simon Morley at 14:25 No comments: Links to this post

A great little fun factoid about the ocean depths and sense of scale. 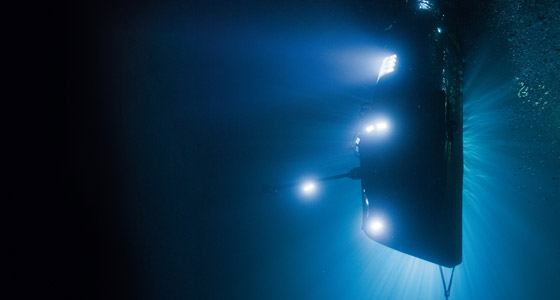 Posted by Simon Morley at 16:08 No comments: Links to this post

If only more comapanies were willing to step up and do something useful with the waste/ non biodegradeable products that end up in the ocean. I would buy these despite the steep price. Of course it helps if this stuff didn't end up in the ocean in the first place.

"The sneakers are made in collaboration with Parley for the Oceans, an environmental group that wants to draw attention to pollution in the ocean. Each shoe’s upper (the part that goes over the top of the foot) is made from 5 percent recycled polyester and 95 percent waste plastic dredged from the ocean around the Maldives. Each pair of shoes contains 11 plastic bottles, and most of the rest of the sneaker (including the heel, lining, and laces) is also made from recycled material." 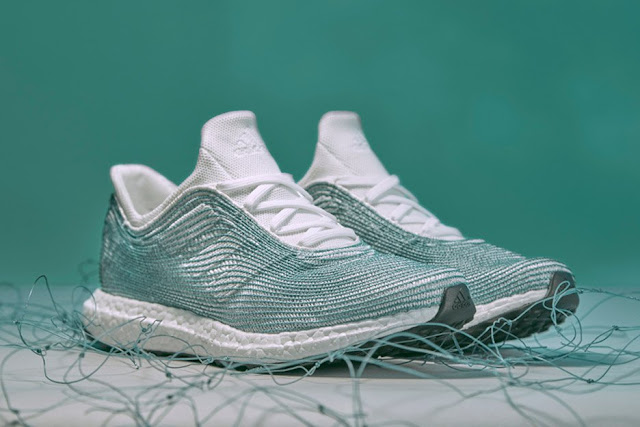 Posted by Simon Morley at 17:52 No comments: Links to this post

It's that time of the year again where we get the inconsistent winter weather and rotating winds that make getting in the water a bit of a crap shoot. We packed our gear and headed up to LHP where it wasn't too bad but we knew it would be picking up as the morning went on, so we made the most of it.

As usual with a lot of dives here, it was all about the macro life and trying to get some half decent shots of small stuff in really awkward positions. I swear they do it on purpose. 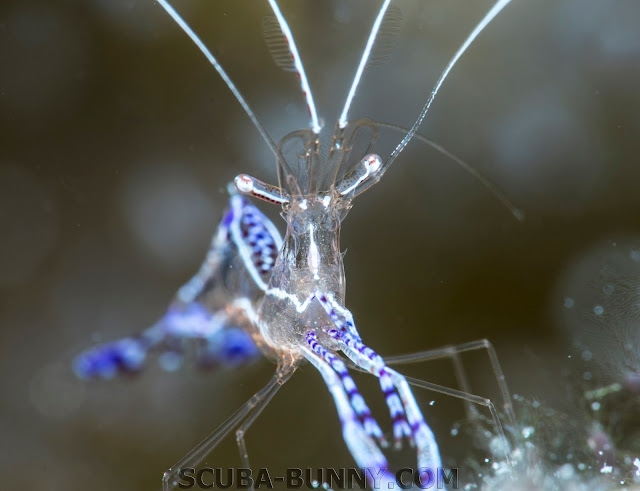 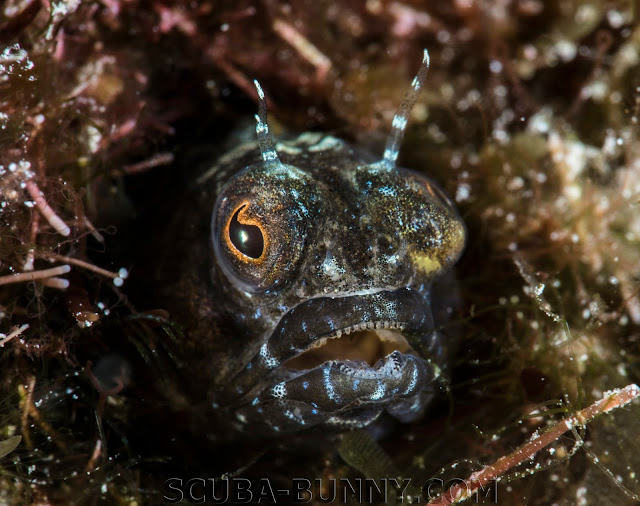 A little bit of a Northerly current meant we had to keep our heads down and hop from coral head to coral head to keep out of the worst of it. But we still managed to see a nice selection of shrimp, blennies, gobies and nimble spray crabs braving the elements. 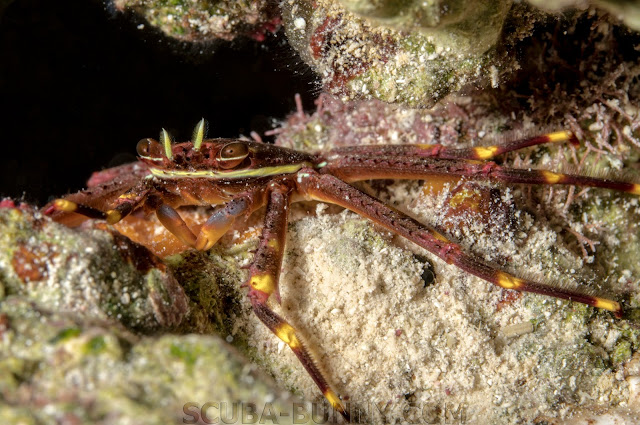 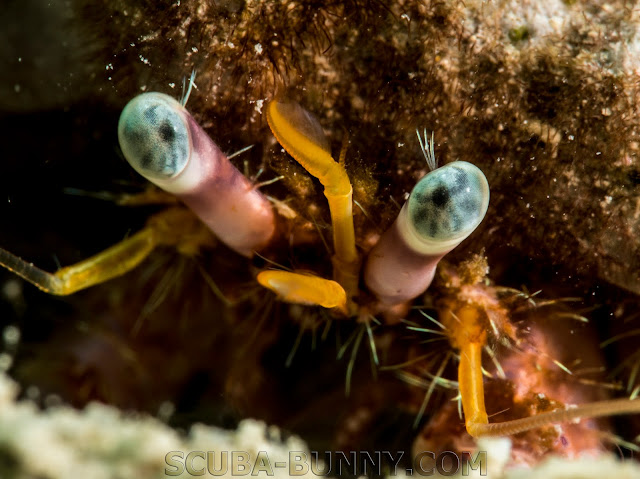 There was also a nice little juvenile bridled burrfish that was hanging around for a little while with some coral banded shrimp for company. Got a little bit of footage of it as well. 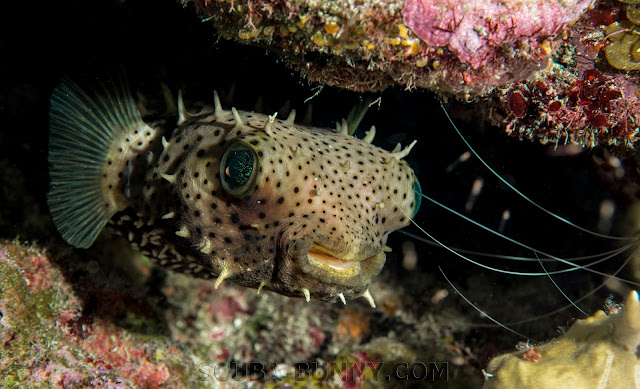 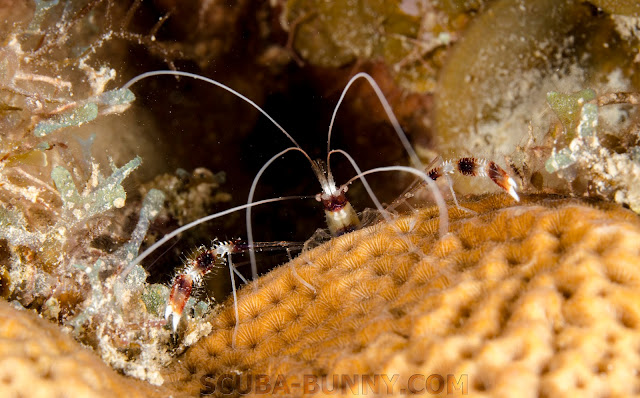 And the littlest juvenile box fish I've managed to get a shot of yet, although not as sharp as I'd have liked as it was moving around like a tasmanian devil on acid. 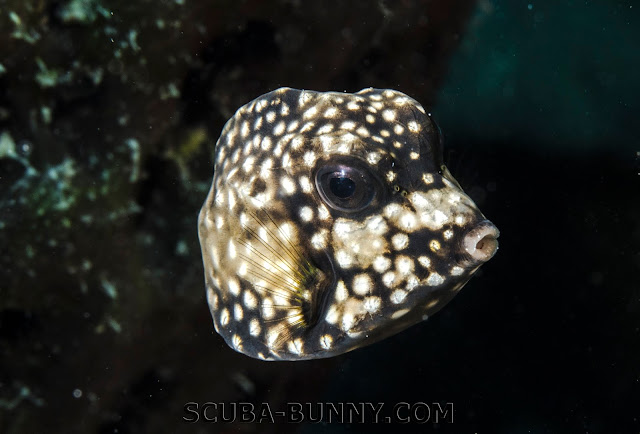 In and amongst the hard coral and soft sponges there were a good few bristleworms to be found wafting in the current. 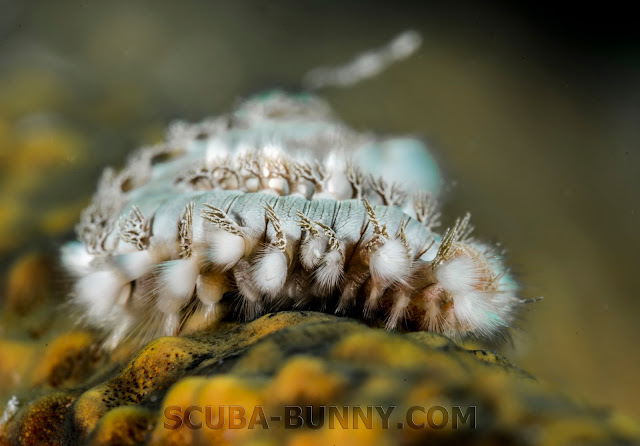 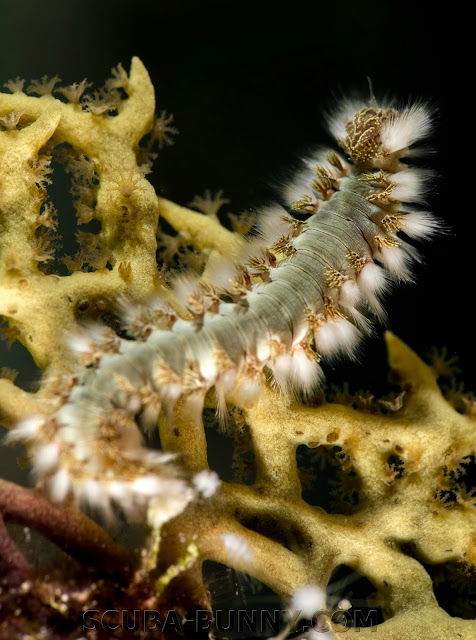 And as usual the banded jawfish was in it's usual hiding place just by the 6 metre marker buoy. As I was getting a shot of this, there was a hogfish came shooting out from underneath the little ledge there. It wasn't swimming that great and I noticed that it had a couple of big chunks taken out of its trunk section.

About that time I checked about and saw the usual porcupine fish doing circles around the coral head nearby where it usually hangs out when I saw a barracuda dive straight down and try to take a chunk out of it. It didn't manage to get anything as the porcupine fish wasn't having any of it and the barra made a hasty retreat. It's always fascinating to watch nature in motion. 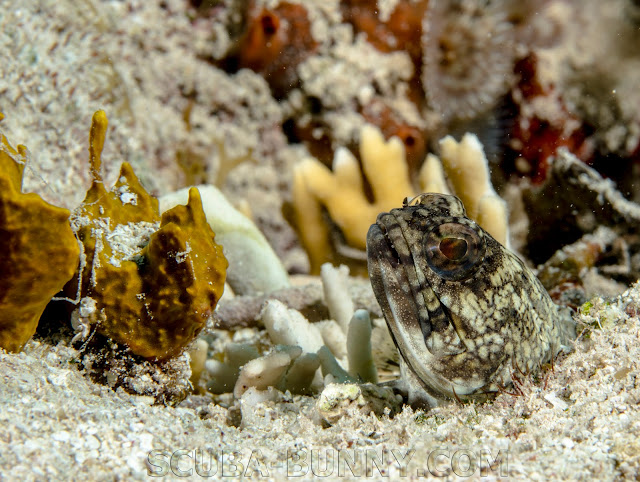 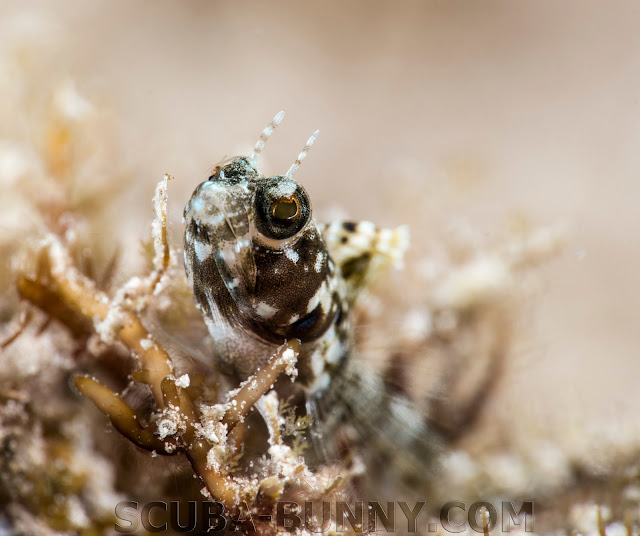