Pool with a view

Nothing to say, just enjoy the sights! 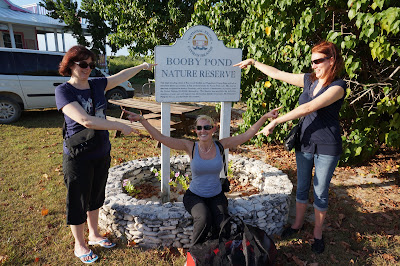 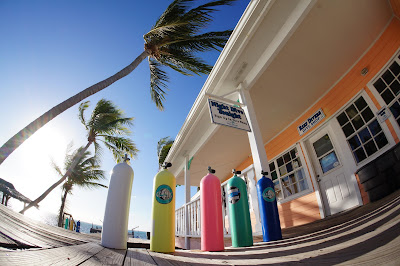 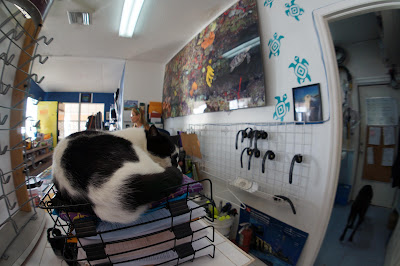 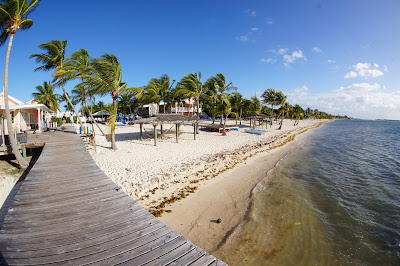 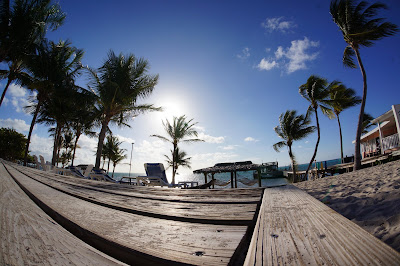 Posted by Simon Morley at 14:40 No comments: Links to this post

Well today was our last day of diving on Little Cayman and we have a day of rest before we move on over to Grand Cayman for a week, which I am looking forward to. The diving here has been very good with some excellent scenic dives and good handful of big stuff to see.

I wouldn't rate Little Cayman as "THE" place to dive as some of the magazines would have you believe, even with the Bloody Bay wall, but it's still nice all the same. If you've done the straits of Tiran in Egypt, Cozumel in Mexico or Canna Wall in the Small Isles then you've done diving just as good as the Bloody Bay wall, if not better but you still be looking to add this little slice of wall goodness to your list just to be a completist.
Probably the best thing for me on this holiday was spotting the small stuff just because it doesn't exist! I like a good challenge for my macro shot but this was hard work. I did manage to score some close up shots eventually and they turned out quite well despite the constant buffeting from the surge.
We had a good day for whiptail and yellow rays, groupers, flounders, sharks, turtles, lobsters grunts, barrel sponges and fan corals, so there was plenty to see and do and the water has been at a constant 26 degrees all week, despite the girls best efforts to raise the temperature by constantly peeing in their wetsuits. Mouse bladders, the lot of them.

And a mental note to myself that I have the ability to record in 1080p HD and I need to rememember to shoot more video. Doh! It's one of these things, I take my camera for granted but forget that it also doubles as an excellent video camera as well.
However I did remember to shoot some turtle action at 36 metres on Lea Lea's Lookout today so I'm not completely crap!
So we have tomorrow off to get our kit dried out and do some packing before our island hop. I think we'll investigate the islands sole restaurant and see what they have on offer. Maybe have a look at the boobys (the other kind) at the sanctuary and check out the museum as well. I think we should be able to cover the island in a day gven that it's only 10 by 1 miles.
Posted by Simon Morley at 01:50 No comments: Links to this post

Well I've finally had a chance to sit and write a few words as we've been hitting sites up and down the Bloody Bay wall. Divings good, visibility is excellent just a shame theres a lack of small stuff to shoot but then again the Caymans arent exactly on the map for macro photography. Closest so far was a trio of sea horses on Randy's Gazebo which was a nice find and always a challenge to shoot.
Water temp has been sitting at a steady 26 degrees but it's still chilly towards the end of the dive. I do miss my dry suit sometimes! One thing common to all the dive sites so far is the groupers. No matter where you go there are always massive big groupers that follow you around like puppy dogs. Except they have no legs. and they live underwater. And they don't lick their balls. But apart from that, they are just like puppy dogs. They come and nudge you, they snap at you and the want attention and stroking. Very friendly fish, and not to mention some stupidly big barracuda as well.
Turtles have also been popping up on a regular basis and provide no end of entertainment with their scatalogical behaviour. They certainly thrive on a high fibre diet! No matter how old you are, toilet humour never gets boring....

We have had a couple of visits of carribean reef sharks and some black tips but they've proven to be very skittish which is a shame. I like my sharks almost as much as I like my nudibranchs but it's difficult to get close to these ones.
The black tip on Marilyn's Cut was probably the best encounter so far but I had to drop a long way down and out into the blue to get a whiff of a shot and even then it was at the ragged edge. Still we still have a few more days on Little Cayman before moving on so here's hoping to a few more lucky encounters.
Coral whips and gigantic sponge barrels abound on the wall and can provide hours entertainment on, in and around them for the marine life and are excellent focal points for photgraphers as well, so they are always a safe bet to get a half decent photo from time to time.
Well time to knock off and get some sleep, up early tomorrow for another big breakfast and another three dives. It's a hard life and a dirty job but someone has to do it. Check back in a couple of days for some more fun in the sun from the littlest Cayman.
Posted by Simon Morley at 01:53 No comments: Links to this post

A long day but we finally made it in one piece to Miami after an early start from Edinburgh to Heathrow and then across the pond with only minor insults from Heathrow staff and an invasion of high maintenance rabbis on the plane.
We were going to hit Jerrys Deli when we arrived but considering its now 20:44 here and 01:44 back home, we're currently running on empty so Jerry's will have to wait till the return leg home.

We're not to far from the airport so we got a short hop back into the terminal to jump over to the Caymans tomorrow morning. Roll on breakfast time.....
Posted by Simon Morley at 01:54 No comments: Links to this post

Where in the world?

Ok, I may have mentioned it in passing but look at the pictures below and have three guesses where we fly off to on Thursday? 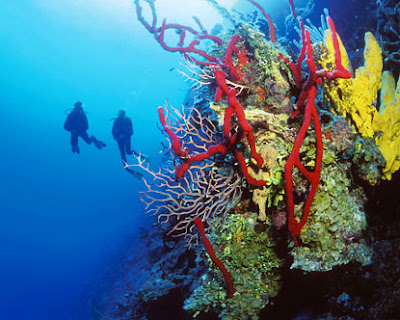 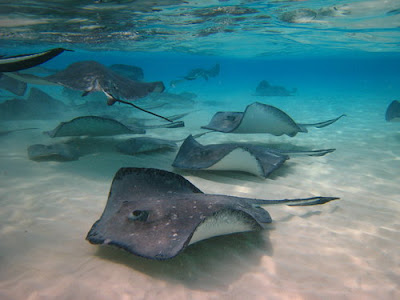 Correct! You got it in one! We  head out to the Caymans for a few weeks to celebrate me hitting the big four-oh-my-god! and I don't feel a day over sixty.....


One week on Little Cayman, one week on Grand Cayman and a couple of days R&R down in the Keys to finish it off. Thats pretty awesome in itself but it gets better.
Not only have we got a private charter boat to Stingray City to avoid all the crowds but the best part is my significant other has arranged for me to spend some personal time with Cathy Church whilst in Grand Cayman. Swopping tips with one of the best underwater photographers in the business, it just doesn't get any better than that.

Who says being forty can't be fun?
Posted by Simon Morley at 13:49 No comments: Links to this post

Good news everyone! Georgia has just released the first edition of The Dahlia Mail which keeps everyone updated via the newsletter as to whats happening in the world of the St Abbs and Eyemouth VMR. This includes current topics, issues, important facts and strange/rare/unusual sightings in the area.
This issue covers damage to creel pots, marine litter, news from volunteers and sightings of mola mola, basking sharks and sea snails to name a few. A thoroughly enjoyable and informative read, even if you don't dive in the area as some of the topics are relevant to wherever you may dive.
I've made it available to everyone, so the more people that grab it from the link below, the better. Spread the word and enjoy!

The Dahlia Mail: Issue One
Posted by Simon Morley at 20:24 No comments: Links to this post

Well it wouldn't be the holidays without getting some diving in so we headed out West on New Years Eve and get wet. Elaine decided she wanted me to certify her on the Self Reliant Diver course, so who was I to refuse such a request? I borrowed a small compact camera for the day just to get some shots after all the teaching had been done, otherwise it would have been a boring post with no pictures!
It was windy, lashing freezing rain and 4 degrees at the surface. Perfect conditions for a training course! After the pre dive briefing and loading up with sling tanks, we tramped down the shore and got wet.

Conditions under the water were actually quite pleasant compared to this time last year, 6 degrees in the shallows and 8 degrees at depth with a vis of around 8 metres and good light penetration from the surface.
The first dive was without incident with Elaine demonstrating her usual perfect dive skills (her ability to correctly copy SAC calculations to her dive slate properly not withstanding!). Dive two was more demanding with a lot of skills to be evaluated and all respect to her despite the water temperature, Elaine didn't balk when it came to the 18 metres no mask swim.

After slightly damp bacon rolls and several cups of tea topped up by the driving rain, we headed in for the dive three to nail the final skills and recap on some navigational techniques. Shut down drills were also excellent and turn around times were spot on.

We surfaced just as the current was picking up which made getting back in to shore entertaining, but it was a happy pair of divers that got back to dry (or in this case soaking wet) land.
I'm very proud of my dive buddy as had it been a lesser mortal going through the course, they would have knocked it on the head in the first five minutes of dive one because of the conditions and temperature but with someone like Elaine who has the skills, experience and knowledge, she got her head down and got on with it. No fuss, no tears, no complaints.

Well done Elaine. Same time next week with sunshine this time?
Posted by Simon Morley at 16:17 No comments: Links to this post