Christmas was better in the 80's

Whatever your belief system at this time of year, whatever you're doing, have fun and dive safe. To all our family, friends and everyone in our extended dive family here and around the world, all the very best!!﻿ 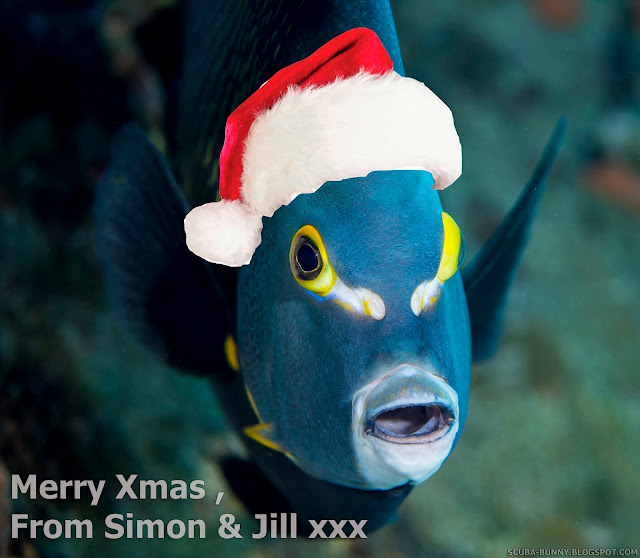 Posted by Simon Morley at 12:50 No comments: Links to this post 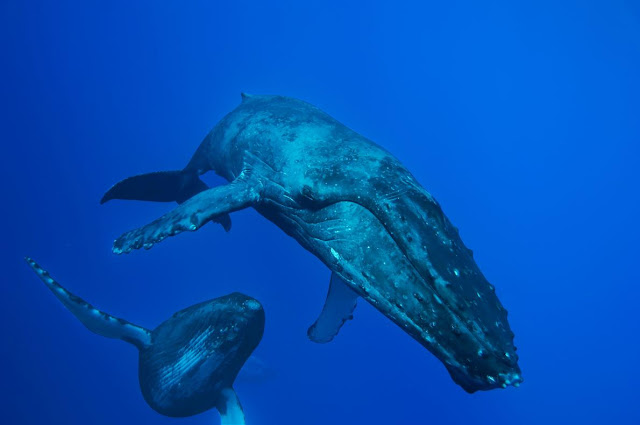 The latest release in the humpback whale’s haunting sound collection is a track so unusual that scientists hardly know what to make of it. The mysterious new noise has such a low beat it’s scarcely audible.

Whether it's males or females that make the deep beats isn’t yet known, raising the intriguing possibility that supposedly quiet females use them to be heard among the loudly musical males.

Pulse trains almost always occur when adult females are in the company of males. Perhaps, this haunting beat is the sound of whales in love. Check out he video clip below or at the link and prepare to be amazed.

Posted by Simon Morley at 22:08 No comments: Links to this post

I don't sleep, I dream 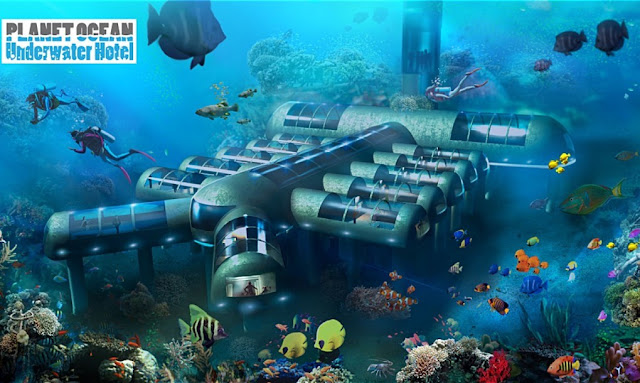 Well this is a hell of thing if they can make it (and without messing up the environment). Fancing sleeping with the fishes? (and not in the mafia sense I may add).

"The Planet Ocean Underwater Hotel will offer luxury suites for guests who want to sleep with the fishes. Though it may sound like an ecological disaster in the making, the hotel’s mission is “to help fund and implement a worldwide proven coral reef restoration.”

"The Planet Ocean Underwater Hotel will offer 12 guest rooms, a lounge and dining area and an elevator to transport visitors from sea level to 28 feet below the surface. Each luxury suite will feature a “King Neptune” bed, an Italian leather sofa, HDTV, room service, and even WiFi. But the big draw, of course, is the stunning panoramic view of the sea life and the ocean floor." 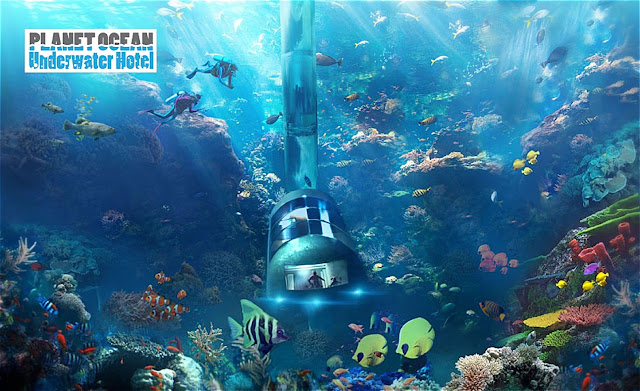 And check this next bit out. "The company is also offering a single suite with elevator that can be installed at existing resorts, the first of which will appear in Cuba, Grand Cayman and The Lesser Antilles."

We're supposed to get this happening on the island. We'll await this with baited breath however give the current disagreement over the building of the new port. Time will tell. Still looks coold though.


Posted by Simon Morley at 20:10 No comments: Links to this post

Well the "the best laid schemes o' mice an' men, gang aft agley" as my fellow country man  Rabbie Burns once wrote. Not on only were they running a marathon around the island which screwed up most of the roads around us, Lighthouse Point was re-enacting the perfect storm over the docks, so plan G was to fight back through the marathon hordes to our back up site.

A little current, a little drop in viz but at least we made it in the water. Success! Now I finally got to try out the new wide angle port and overall I pretty pleased although the conditions and fine tuning the strobe setup made things a little bit more of a pain in the arse than I would have liked but slow and steady wins the race and other such metaphors......... 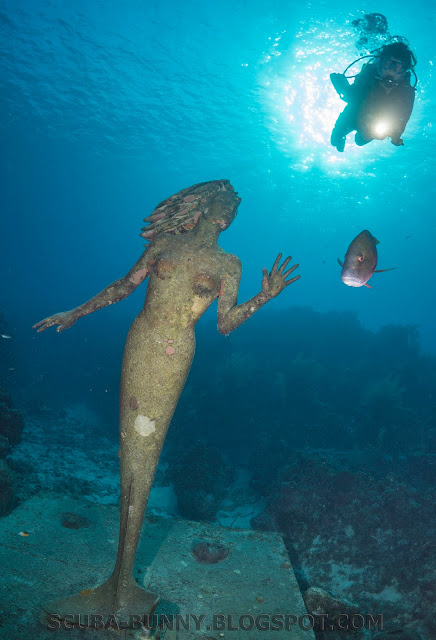 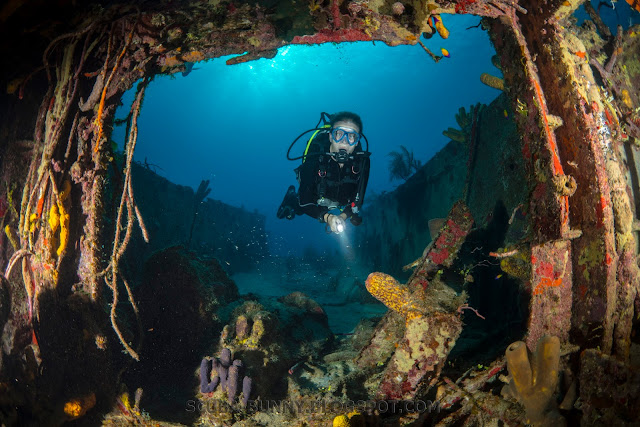 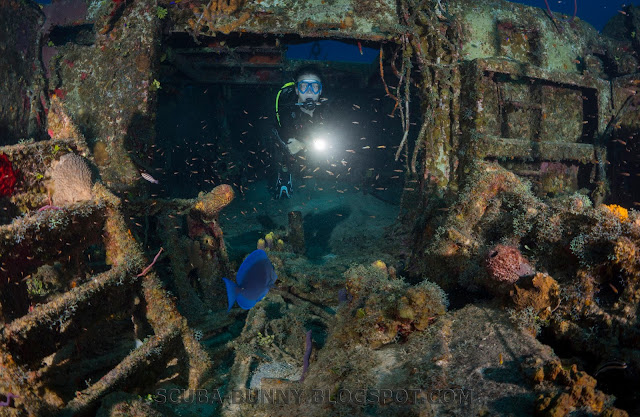 We got a couple of laps in around the statue of Amphitrite before heading out to the Nicholson for a look see. As always our faithful pet snapper, Spot, joined us as soon as we hit the water, not to mention we had a little burrfish come and check us out on the wreck as well for a look-see. 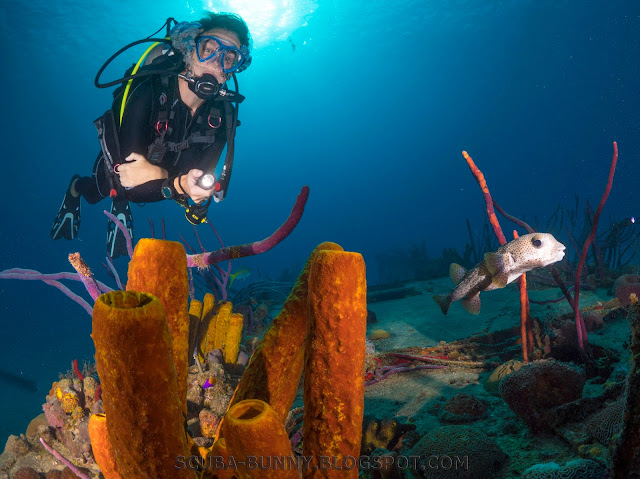 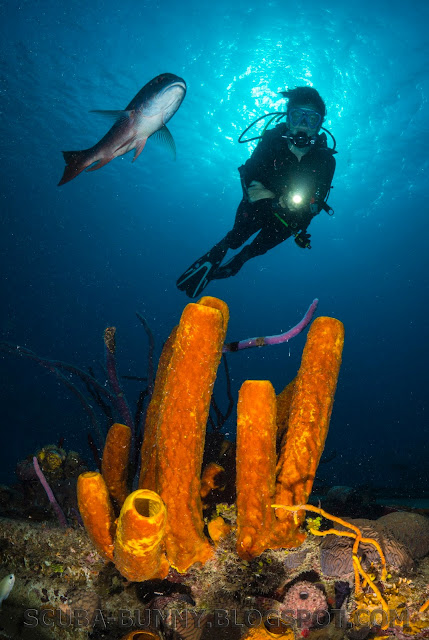 We still had bags of air and bottom time, so we dropped of the edge of the world into the inky abyss for a mooch around and to enjoy the barrel and rope sponges as we merged with the swarms of fusiliers and triggerfish, not to mention the odd grunt and sweetlips. 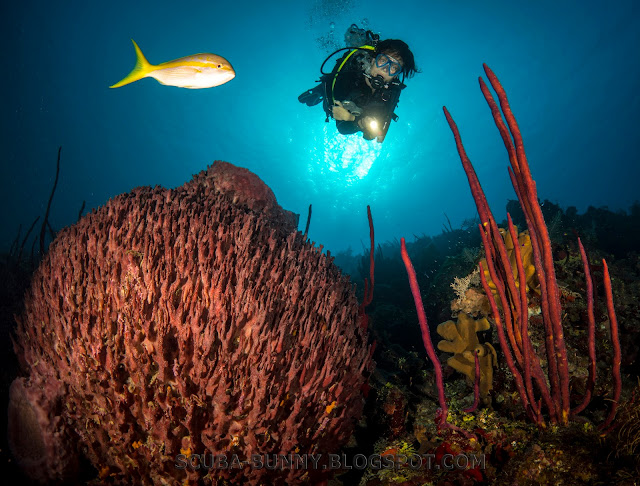 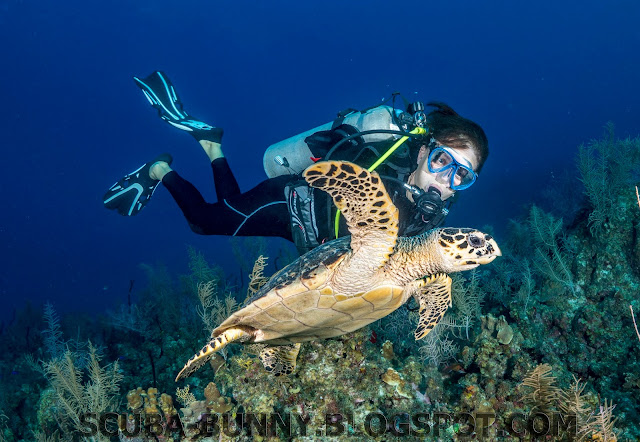 And we picked up a nice turtle escort on the way back in from the depths as well. She was happy enough to swim with us for a while before leaving us for a nosh on some sponge.

Later on we picked up another escort, this time in the form of a pair of squid, who were extremely happy to play with us for a good 20 minutes or so and weren't put off by the camera, obviously there were used to hogging the lens for some star treatment. 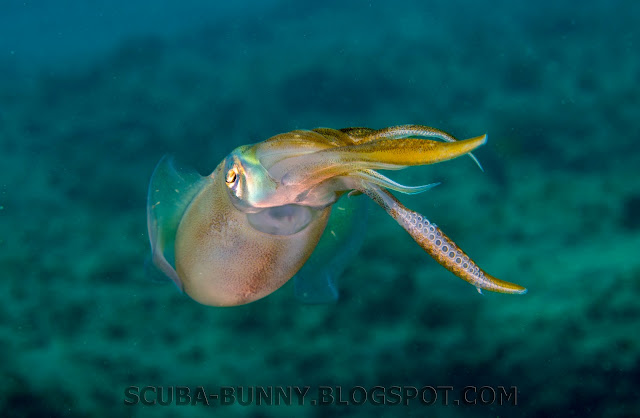 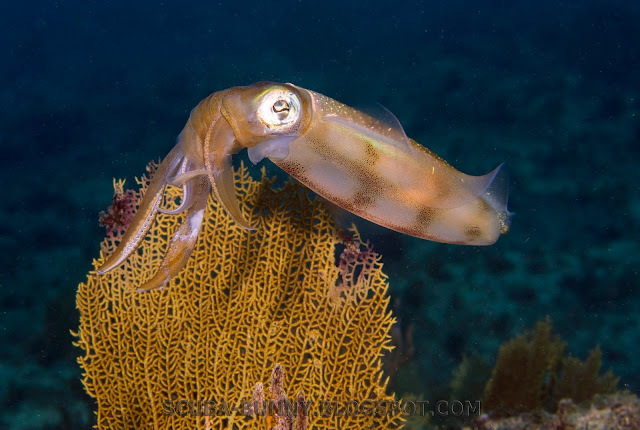 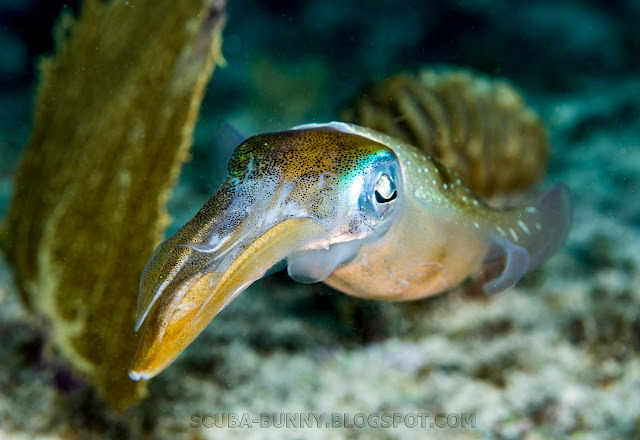 Anemones are something that you don't see whole lot of on the island and when you do, don't expect to see clownfish clustering around them because your not in Egypt or Indonesia, although if you look long and hard enough you might just see some other things to catch your attention, like squat anemone shrimp for example. 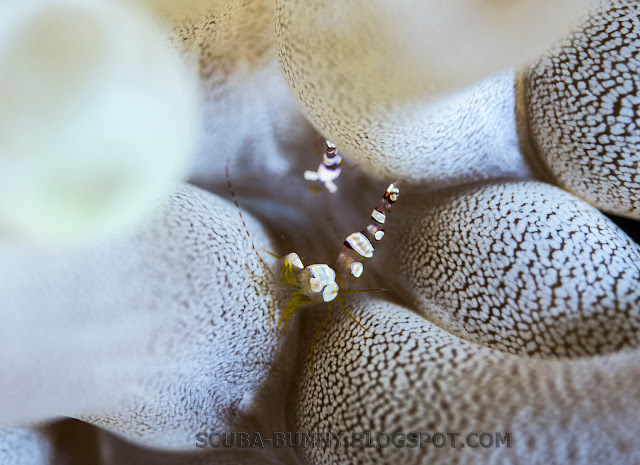 And right beside this little beauty was a goldentail moray eel popping out to say hello. A great morning's diving, despite the setbacks. As they say,  it's always better down where it's wetter. 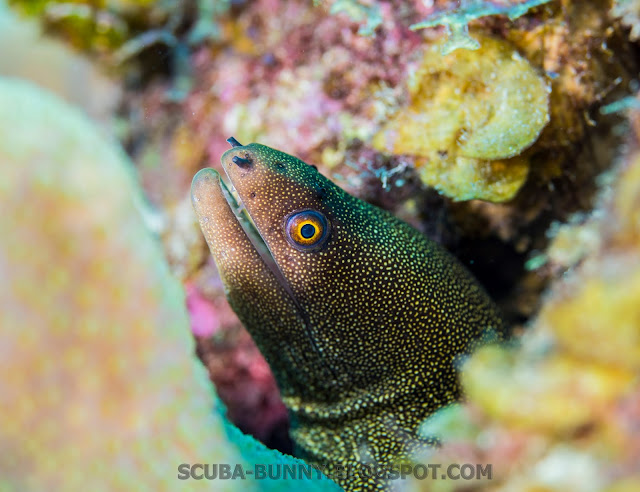 Posted by Simon Morley at 19:40 No comments: Links to this post

"Dolphins are beautiful and amazing creatures in their natural habitat," says the former trainer, who requested anonymity because he still works in the Caribbean hotel industry. "But stick them in a cage, and you watch them change."

"To the tourist who is still thinking about swimming with dolphins, she says bluntly:

Your desire to be with them — is killing them."

So many reasons why dolphins and other marine creatures should not be held in captivity. We've had this problem in the Cayman for years, but the local mindset on this issue here is four centuries behind the rest of civilisation, but we keep trying. Read the article on the link above and make your own mind up. Posted by Simon Morley at 12:31 No comments: Links to this post