Anthem to the unseen

Think you've been there, done it and seen it all? Think again as a a plethora of fascinating creatures have been discovered in the deep ocean off the coast of Puerto Rico. Oceans cover two thirds of our planet’s surface, and yet we’ve only explored five percent of them.

For the first time ever, a collection of strange, beautiful, and totally-alien looking creatures that live some 10,000 feet below the ocean’s surface are saying hello to humanity. The video footage shown below was caught by a remotely operated vehicle on a unique, crowd-sourced exploration supported by the National Oceanic and Atmospheric Administration (NOAA). Researchers were able to watch the footage in real time and offer their expertise through an Internet chatroom.

Posted by Simon Morley at 01:30 No comments: Links to this post

Reasons to Be Cheerful (Part 3)

Feel good story time, in this instance it involves an unfortunate turtle and some 3D printing but it ends happily ever after.

Turkish animal rescuers found an almost lifeless turtle at sea, after a boat propeller shaved off a huge part of its snout. It escaped the clutches of death thanks to those kind folks, but a turtle that has to be hand-fed can never survive back in the wild. That's why the organization contacted 3D printing service provider BTech Innovation, which took the turtle's CT scans to create a beak that would fit it perfectly. 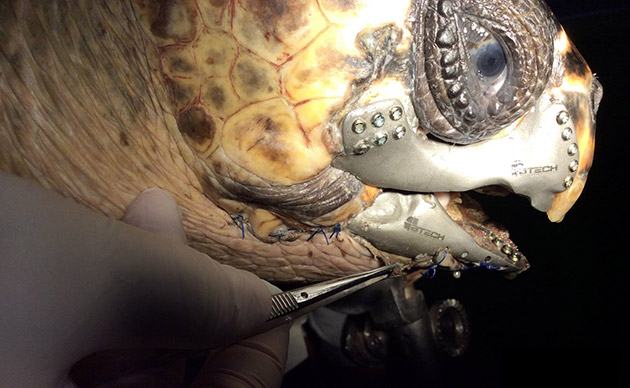 The company recreated the reptile's upper and lower jaws through software, and it printed out the resulting design using medical-grade titanium. That beak has been surgically attached recently so the turtles still in recovery, but it's doing fine, as you can see in the video below. Once it's done recovering, the rescuers plan to release back to the ocean to live a normal turtley life.


Posted by Simon Morley at 13:49 No comments: Links to this post

What a wonderful world

Ok, so I know I've slowed down slightly with the blog posts (all work and no diving) but this should be recitifed within the next two weeks with any luck if anyone is still out there.....

In the meantime, heres a great story on the opah fish (also commonly known as moonfish, sunfish and kingfish) which they have just recently discovered to be warm blooded. Mother nature strikes again, turning common conceptions on their heads. 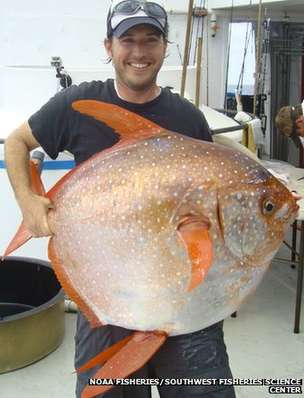 "The large and colourful opah has become the first known "warm-blooded" fish, as scientists discovered it can regulate the temperature of its whole body. The opah traps warmth from its flapping fins, which are well insulated by fat."

"It uses that heat to keep its heart, brain and other organs warm while it swims to depths of hundreds of metres. Other fish like tuna can warm specific body parts, boosting performance at key times, but whole-body "endothermy" has not been observed in a fish before."

"Other fish like tuna can warm specific body parts, boosting performance at key times, but whole-body "endothermy" has not been observed in a fish before." 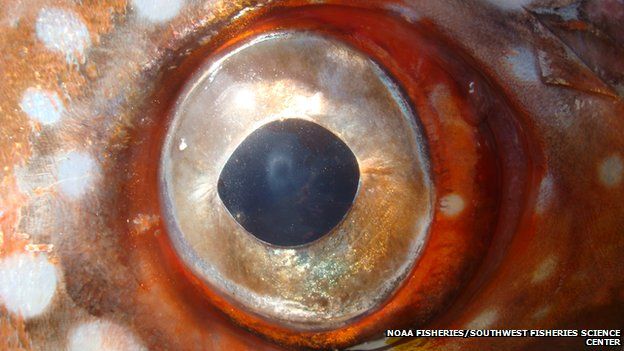 Posted by Simon Morley at 02:08 No comments: Links to this post

Now this is worth watching. A new three-part series from the BBC will look at the amazing underwater world of the shark. It's called "Shark" by the way. 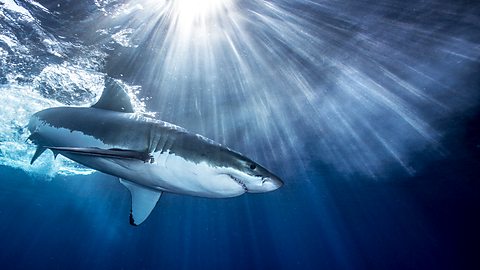 Narrated by Paul McGann, the behaviour of the ocean predators goes under the microscope with fascinating results. The first film reveals their many hunting methods from blacktip sharks gathering in huge packs to tasselled wobbegongs, which ambush their prey.

There's also a look at the speedy mako shark that can swim at 46mph and the Greenland shark which can apparently live for 200 years.

Then there are whitetip reef sharks - masters of night-time hunting - and, of course, the infamous great white, shown here stalking seals off the coast of South Africa.

The show is followed by a short behind-the-scenes film reveling how the episode was made.

You can watch it on BBC iPlayer via the link below or download it direct from you favourite *cough* other websites *cough*. This series is must see!

Posted by Simon Morley at 01:24 No comments: Links to this post

I heard it through the grapevine

Well the island paper got wind of the sharks hunting for lionfish and wanted to use my photo and talk to me about it. So an article appeared in yesterdays paper and online.

So they did use my photo but they didn't speak to me but they did appear to speak to a few other people in the article and when you read it seems (to me) to put a negative and pessimistic spin on things, which is a little disappointing.

This has a potential to be a very good for keeping lionfish numbers down and may (or may not be) be the start of something very positive in the marine world. Unless of course you read this article which to me sounds all doom and gloom judging by some of the comments.......

“Something is eating the lionfish, but I don’t agree that it is the sharks,”

"likely that the shark had been conditioned by human culling on that site."

Let's try and have a little optimism guys, good things do actually happen in the world occasionally and maybe this is the start of the scales finally tipping back in favour of mother nature. Time will tell. Other reporting establishments at least were hopeful that things could turn around after hearing about this.

Call me naivie if you want, but at least I for one am seeing this in a positive light. 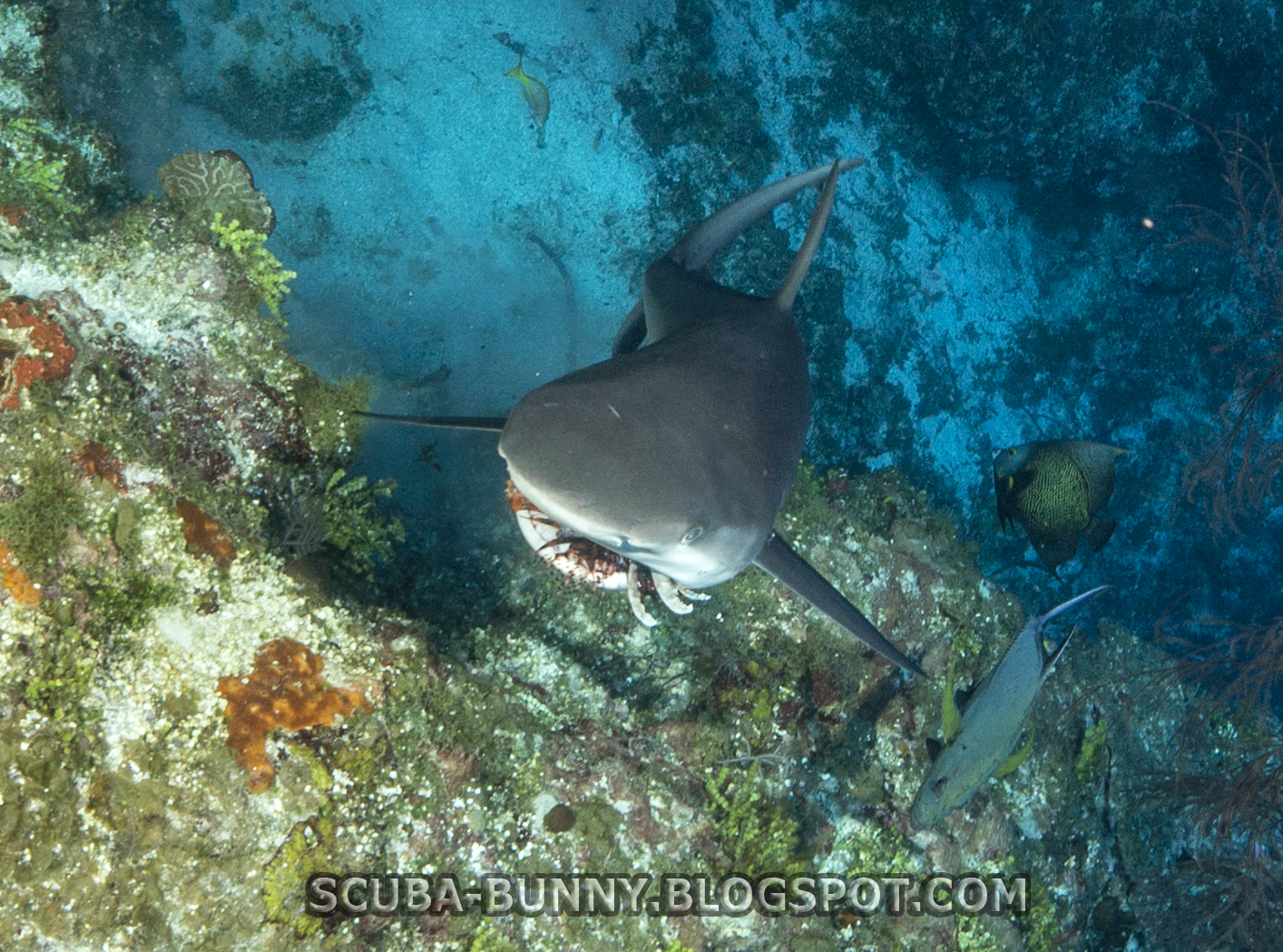 Posted by Simon Morley at 12:35 No comments: Links to this post