I'm sure you've seen algae bloom before when you've been diving, but probably nothing quite like this as the view from satellite over the Baltic Sea shows.

The image below, aptly dubbed “Eye of an Algal Storm,” was captured by the European Space Agency’s Sentinel-2A satellite over the middle of the Baltic Sea on August 7th. With a spatial resolution of just 10 meters, shimmering green ripples and waves are captured in stunning detail.

In the top center of the image, you can even make out the wake of a ship as it slices through cyanobacteria-laden waters. 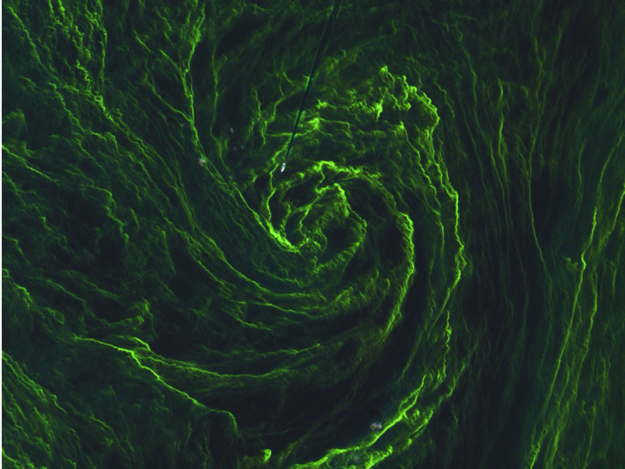 
Algae blooms make striking pictures, but they also have a tendency to produce toxic pollution and eat up all the oxygen in the water, choking out other marine life forms. That’s why we now have a 7,000 square mile dead zone in the Gulf of Mexico. There are a lot of things that can cause algal blooms to spread like wildfire, including warm waters, calm seas, and fertilizer pollution. (The first two are implicated in this summer’s Baltic bloom).

Meanwhile on this side of the Atlantic, algae fed by phosphorus-rich agricultural runoff are causing the Great Lakes to look unusually emerald. Scientists studying Lake Erie say it’s almost certain to be the worst bloom on record. 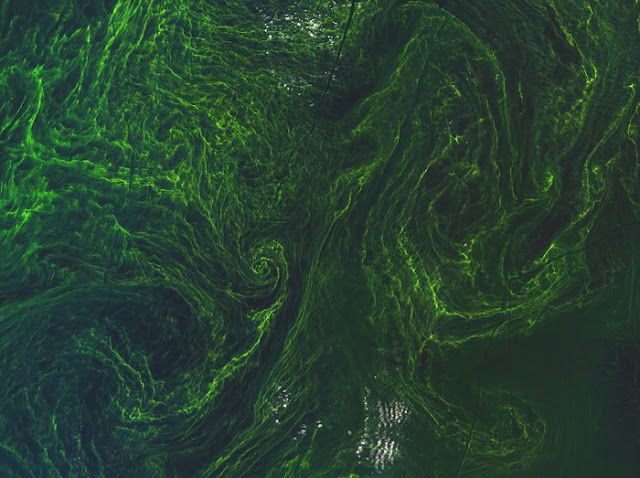